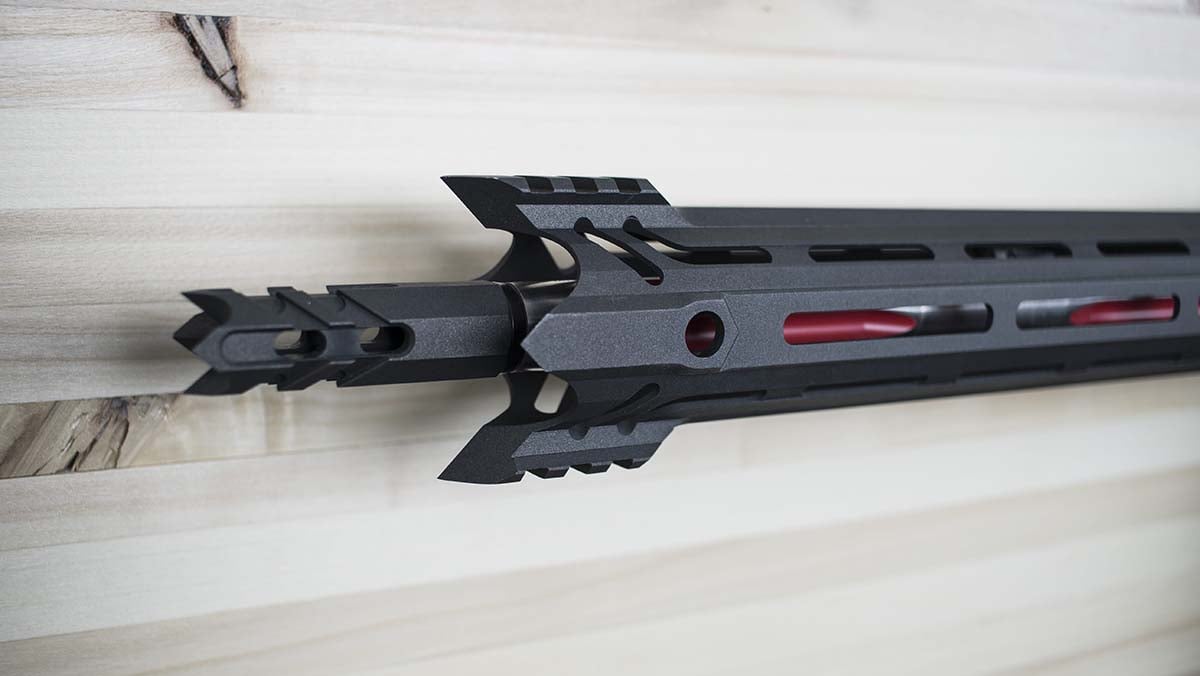 The Edge features aggressive points on the muzzle end while the Team is designed for practical competition. Machined from a 11-pound block of 7075, the handguards offer a perfectly straight finished part, which the company says helps to keep iron sights centered over the barrel.

Two Picatinny rail sections are available at the muzzle for additional accessories. The handguards also boast M-LOK compatibility on the entire length at three-, six- and nine-o’clock positions. The Edge and Team use a two-piece barrel nut and sleeve to work with a multitude of rifles. Cobalt says redesigning the handguards to work with other AR-15s was no easy task. 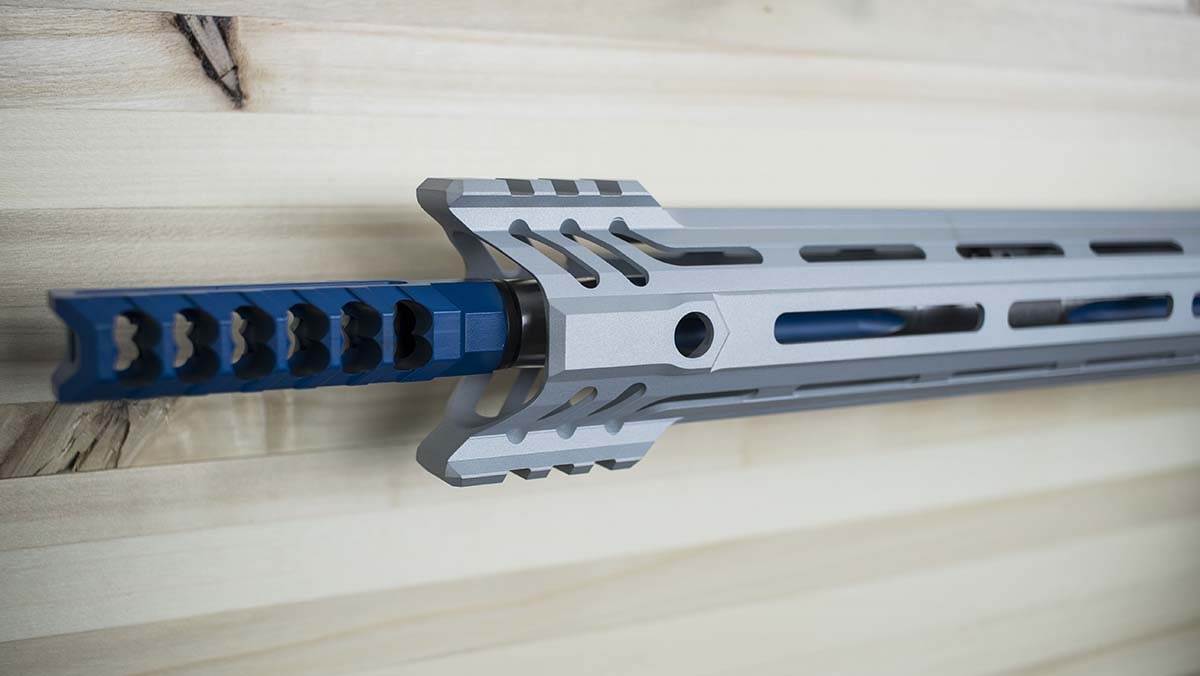 “The handguard has by far been the most requested item since our Edge rifle hit the market in 2015.  It took some clever engineering from our team to develop the barrel nut assembly that will work well with all of the different brands of upper receivers without leaving timing or gap issues,” Skylar Stewart, VP at Cobalt Kinetics said in a press release. “A gap between the upper receiver and the handguard is not acceptable to us. The original 16-inch handguards are in stock and ready to ship. We’ve also got some shorter versions in the works. Look for those to be available toward the end of this year.”

The Edge and Team handguards are available from Cobalt Kinetics and feature a retail price of $285.

The handguards use a two-piece barrel nut and sleeve to allow the handguards to work with a variety of ARs. (Photo: LaRue Tactical)