The outdoorsman, hunting equipment company founder and former football standout was found dead in his California home this week.

Jason Hairston, CEO of Dixon-based KUIU, started the company in 2010 as a result of a life-long passion for hunting after playing professional football with the San Francisco 49ers and Denver Broncos. The company announced this week that he took his own life after years of struggling with Chronic Traumatic Encephalopathy, a degenerative brain disease often found in those with repetitive brain trauma.

After a prep career with Foothill High School in Orange County, the California-born Hairston was a linebacker for UC Davis. Despite breaking his neck and damaging his C5 and C6 vertebrae in his junior year, he went pro in 1995, playing with the NFL for two seasons before his lingering health problems forced him to exit the sport. The Sacramento Bee reported this week that Hairston remained close with the Aggie football program at UC Davis, later donating millions to the school.

He started his first sporting goods company, Sitka, in 2005 and later sold the operation to W.L. Gore & Associates before establishing KUIU. Known for its unique style of camouflage patterns and ultralight gear, the company has seen widespread adoption and collaboration within the outdoor industry. By 2016, the KUIU was streaking towards $50 million in annual sales, and Hairston was a hunting buddy of Donald Trump Jr. He was later tapped for a position as a liaison with the Interior Department.

Trump called Hairston “an inspiration to all outdoorsmen and women for generations to come,” in a post to social media on Thursday, accompanied by several photos of the two together. 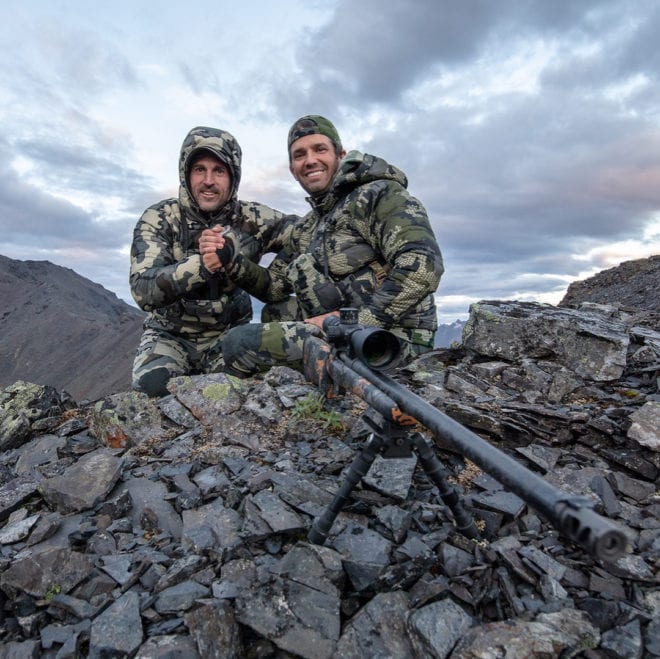 “Jason, I have no words. I will always remember our adventures and sharing a campfire with you. They will be some of my fondest experiences in the outdoors,” noted Trump Jr. (Photo: Instagram)

When asked in a 2017 Forbes interview, “What’s the best advice you can give entrepreneurs?” Hairston had the following reply:

Your biggest dreams are possible. Find what you truly love. Become an absolute expert in this, and you can build a career or business. You will never reach your full potential both in life and in business unless you do what you love. Most people use fear to come up with the reasons they should not chase their dreams. Instead, use fear to motivate you to work harder and prepare more. Then, these dreams will happen.

Hairston leaves behind his wife Kirstyn and their two children.

KUIU said in a statement that Hairston’s family has requested that donations be made to support CTE-related research at the Boston University Concussion Legacy Foundation in lieu of flowers.

The family has requested that donations be made to support CTE-related research at the Boston University Concussion Legacy Foundation (https://t.co/3zsJhNt31u) in lieu of sending flowers. https://t.co/AQ7x1XQUnb