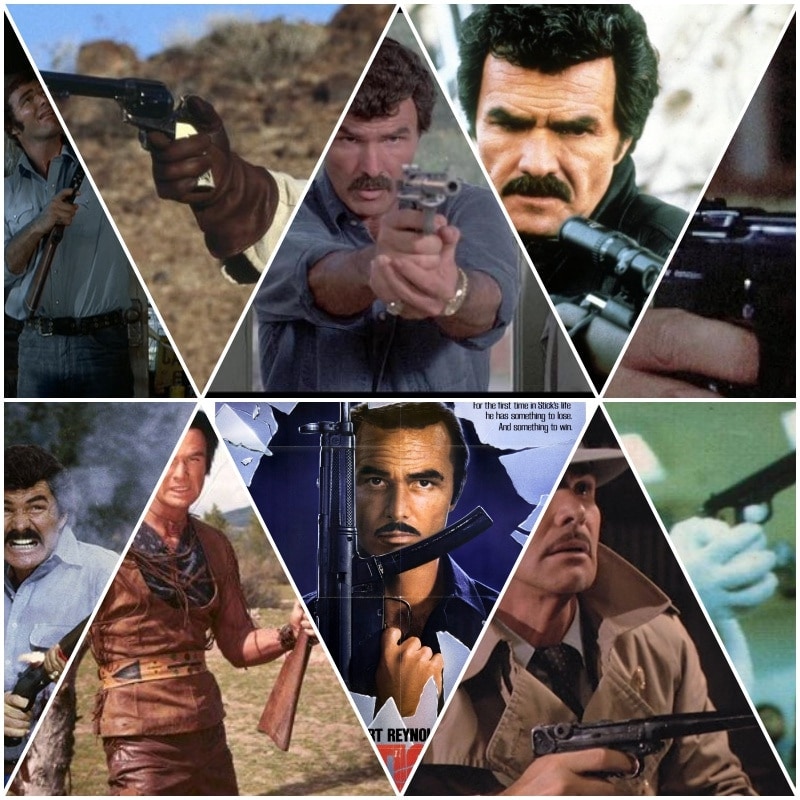 Iconic actor Burt Reynolds died Thursday, age 82, and leaves behind a legacy of film roles that are hard to forget. Born in Michigan to a war-hero father who went on to become a Florida chief of police, Reynolds was a transplant to the Sunshine State and played football for FSU until sidelined with an injury.

Beginning in the 1960s, the burgeoning actor appeared in the WWII drama Armored Command as well as a host of Westerns to include Gunsmoke on the small screen and Navajo Joe and 100 Rifles on the big one, often with era-correct firearms in hand.

From the wetsuit-clad bow-hunting Lewis Medlock in Deliverance to the fictional Georgia moonshiner Gator McKlusky, the actor specialized in portraying wise-cracking alpha-males in 1970s action films and cut a path followed later by Tom Selleck, Bruce Willis, and others, which in turn has generated constant Reynolds cultural references in the FX spy spoof Archer, and with good reason.

Notably, he passed on the role of John McClane in Die Hard and Han Solo in Star Wars, or else you would be seeing lots of Beretta and Mauser images here as well.

As the 1980s dawned and Reynolds surged to even greater popularity on the heels of Smokey & the Bandit and the Cannonball Run franchises — which predated CGI and the Fast & Furious movies by generations, his armament also stepped up.

In the role of Sgt. Tom Sharky in Sharky’s Machine, he was a Colt man, alternating between a Government Model 1911 and a hulking 6-inch Python .357.

Then came a period 1920s piece with Clint Eastwood, City Heat, which saw Reynolds whip out a Luger Artillery P08 from his overcoat (and Eastwood likewise produce an even larger Colt Buntline). 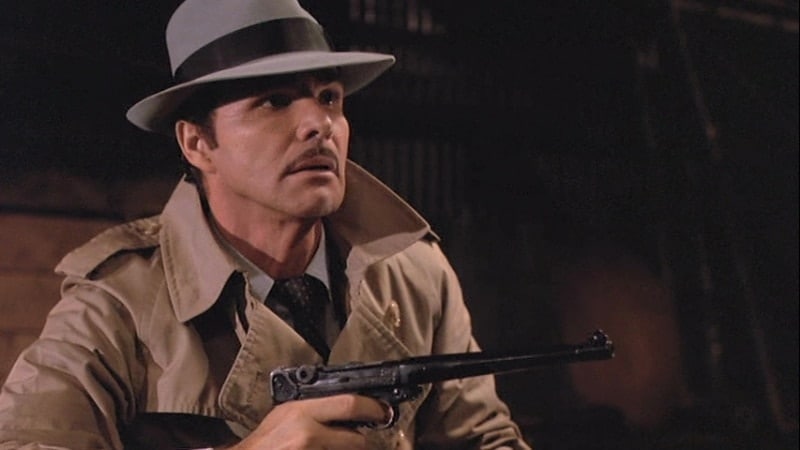 The 1985 film adaptation of Elmore Leonard’s Stick, which Reynolds both directed and starred in, should have billed the converted HK94 that appeared both in the movie poster and prominently on-screen as a co-star. 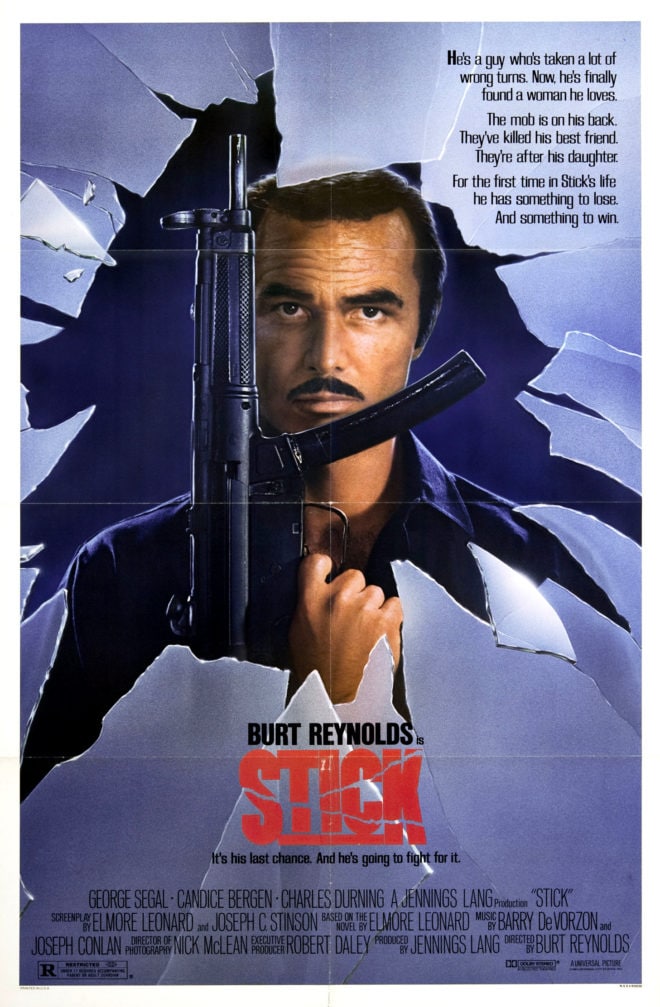 Just two years later he would use a giant Pasadena-made AMT Automag .44 in Malone, notably, a couple of years after Eastwood used one as “Dirty” Harry Callahan in Sudden Impact. Nonetheless, its use in the action film no doubt added to the gun’s mystique.

And of course, there were other roles and other guns. Reynolds was still pulling out hoglegs to make a point in Burn Notice and My Name is Earl well into his 70s. In all, he is credited with over 200 roles.

An avid hunter in his younger years, Reynolds appeared on Louisiana outdoorsman Grits Gresham’s The American Sportsmen on ABC in the 1960s with his then-roommate Rip Torn while on a waterfowl expedition.

Reynolds died in Jupiter, Florida. His passing triggered remembrances on social media from a number who knew, admired and worked with him.

I finally got to work with one of my heroes in 2006. #BurtReynolds led a really fun cast in Spokane and we laughed all day, every day he was on the set. A wry humor and a warm heart defined this wonderful man. He will be sorely missed. #RIPBurtReynolds pic.twitter.com/6ShGb2w2a6

I am so sorry to learn of the passing of Burt Reynolds – a true Hollywood legend. Just look at the smiles on our faces when I met Burt – he made me @RicFlairNatrBoy & @EBischoff feel like kids on Christmas morning! #RIPBurtReynolds pic.twitter.com/8z83j4HaY3

Sad to learn of death of Burt Reynolds, one of the nicest ppl I had pleasure to meet. Spent time w/ him at his home-he unselfishly gave time and money to assist young actors and teach at community college in Jupiter, FL. Classy, warm, and very funny. #BurtReynolds pic.twitter.com/vI8BizxckU

Burt Reynolds was one of my heroes. He was a trailblazer. He showed the way to transition from being an athlete to being the highest paid actor, and he always inspired me. He also had a great sense of humor – check out his Tonight Show clips. My thoughts are with his family.

Rest in peace to a legend and a friend. #BurtReynolds pic.twitter.com/HnmCCTv1d1

I owe my career, at least in part, to the great Burt Reynolds. Heartbroken to learn of his passing. He was one of a kind. A fun loving, charismatic talent who did many good deeds quietly, without personal expectation but rather out of the kindness of his extraordinary heart. RIP

“Stroker Ace was born to race”
Much respect to you Burt Reynolds. RIP pic.twitter.com/w8FlIShmIR

He did it first. And best. And naked. #BurtReynolds pic.twitter.com/3HN5XsPXM6