The Brakeout 2.0 SG12 is designed to alleviate the muzzle effects of defensive shotguns which can often feature aggressive recoil as well as flash. The Brakeout 2.0 SG12, however, reduces both felt recoil and muzzle flash for 12-gauge shotguns using RemChoke style barrels, according to AAC. 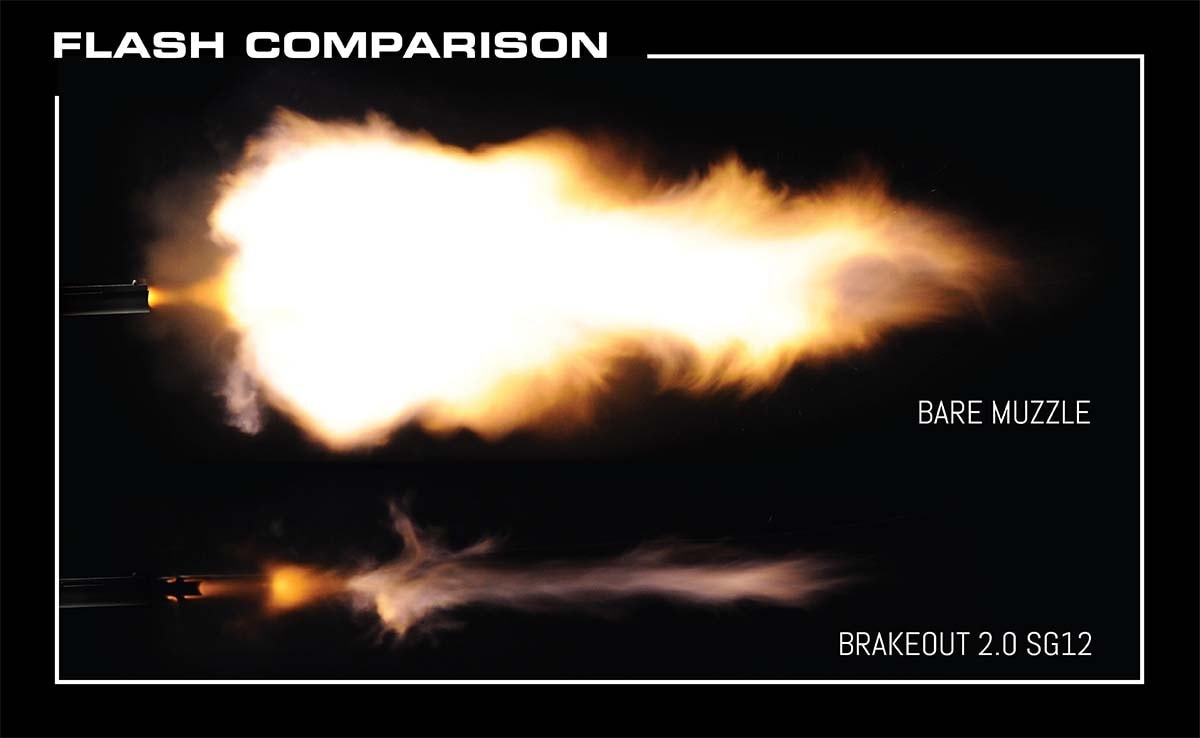 “By incorporating RemChoke architecture into the Brakeout 2.0 SG12 users will be assured of accuracy with rifled slugs and consistent shot patterns with both lead and steel shot,” AAC said in a press release. “The breaching points defined by the tines of the patented Blackout-style 3-prong flash hider reset the bar for versatility and combined performance for today’s tactical breaching choke tubes.”

The Brakeout 2.0 SG12 is constructed from heat treated 17-4 stainless steel and is topped with a black oxide finish. The Brakeout is available through AAC and features a retail price of $69.95.