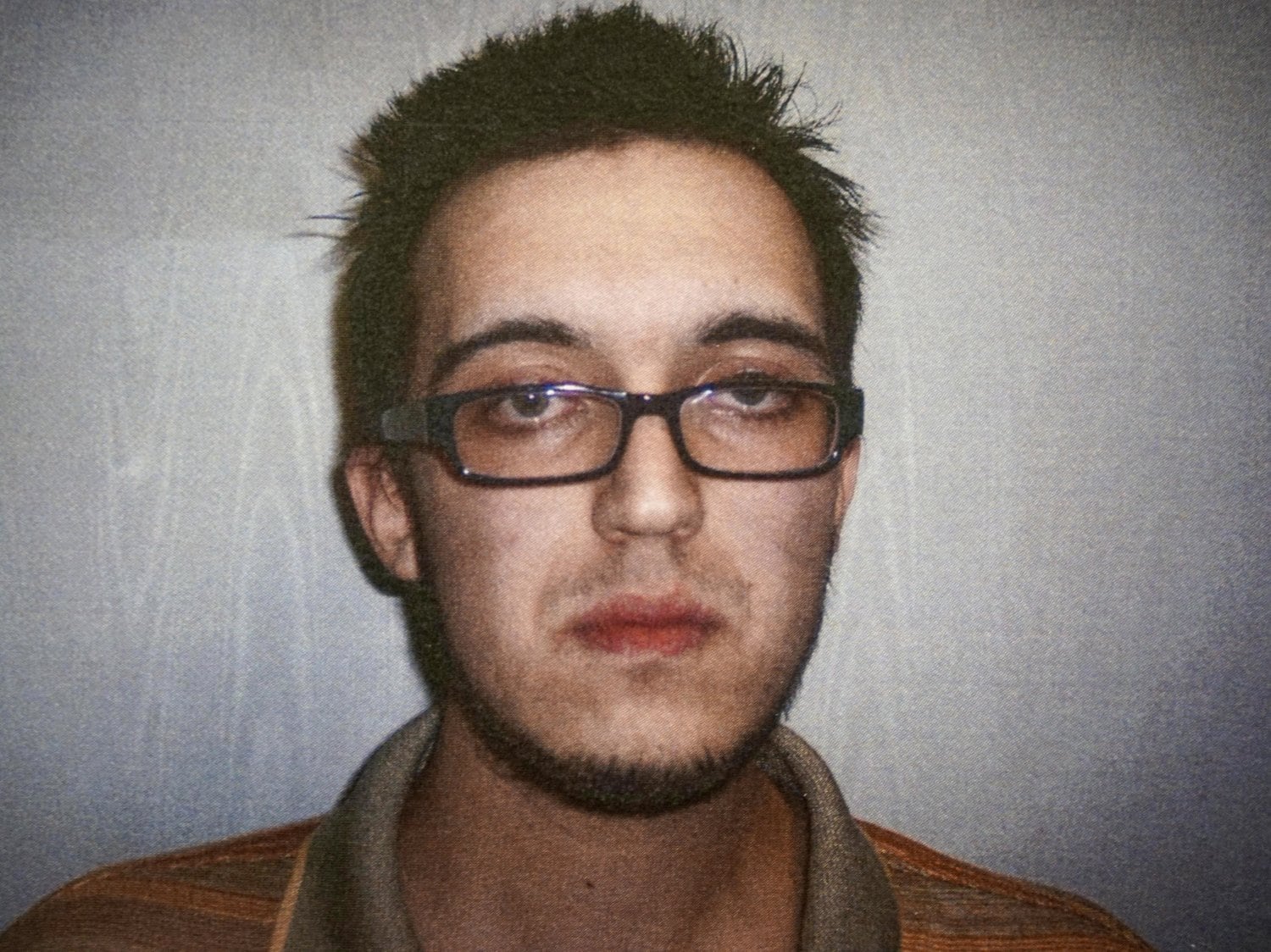 Alexander Ciccolo, seen in a 2014 booking photo, was sentenced on Wednesday to 20 years imprisonment and a lifetime of supervised release for plotting a terrorist attack in the United States. (Photo: Northern Berkshire District Court/AP)

The son of a Boston police captain will spend 20 years in prison after pleading guilty to plotting an ISIS-inspired terrorist attack at a New Mexico university.

A judge sentenced 26-year-old Alexander Ciccolo, aka Ali Al Amriki, in Massachusetts federal court Wednesday, more than three years after his father — Robert Ciccolo — turned him into the Federal Bureau of Investigation.

Agents arrested Alexander Ciccolo in July 2015 after he received four guns — including two rifles and two handguns — from a cooperating witness for a plot at New Mexico State University. According to court documents, Ciccolo, a recovering addict, discovered Islam three years earlier while pursuing sobriety in upstate New York. He became increasingly radicalized as he watched the Syrian Civil War unfold and posted on social media in support of ISIS often.

Ciccolo’s plot against the university included the detonation of pressure cooker bombs filled with black powder, nails, ball bearings and glass. He admittedly drew inspiration from the Boston Marathon bombing, according to a sentencing memorandum filed last month. He also planned to gun down any “non-believers” in the university’s cafeteria, hoping to inflict “maximum damage.”

“Make no mistake, Alexander Ciccolo was a committed soldier of ISIS who wanted to kill innocent people at a United States university with assault rifles and pressure cooker bombs, not an unwitting dupe who didn’t understand the gravity of what he was doing,” said Harold H. Shaw, an FBI special agent in charge. “He repeatedly expressed his desire to engage in acts of violent jihad against our country, and with this sentencing, he will now pay the price for conspiring with a foreign terrorist organization.”

Ciccolo’s father, a 35-year law enforcement veteran who worked the Boston Marathon bombing in 2013, turned his son over to federal investigators after he pledged to fight against the Syrian government overseas. Prosecutors said the “agonizing” and “heartbreaking” decision “likely saved the lives of numerous innocent people.”

“I’m a cop,” Robert Ciccolo told investigators, according to court documents. “You cant tell me you’re going to commit crimes and expect me not to take action to prevent it.”

Upon Alexander Ciccolo’s release, he will remain under supervision for the rest of his life, the Department of Justice said.

“The National Security Division will not tolerate threats to our country and its people,” said Assistant Attorney General John C. Demers. “Not only did Ciccolo admit to supporting ISIS — a well-known terrorist group — but he also collected weapons and explosives in order to further their goal of murdering innocent Americans.  This sentence holds him accountable for breaking our laws and putting American lives at risk.”