An event this month in Canada hosts military teams from across the globe and gives a peek at a wide array of both classic and modern firearms.

The Canadian Armed Forces Small Arms Concentration, in which some 300 shooters from Canada’s military as well as teams from the United Kingdom, the Netherlands and the United States are competing, was first organized back in 1868.

Held from Sept. 10-22 at the Connaught Ranges and Primary Training Centre in Ottawa, the friendly but competitive shooting match has several stages and has lots of hardware on display. 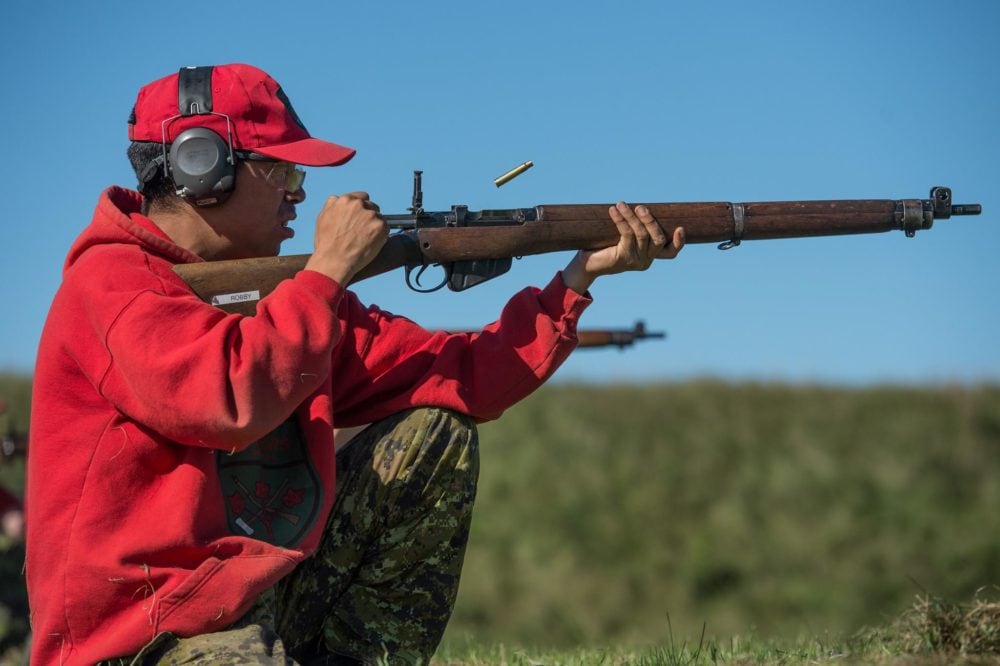 The Canadian Ranger Patrol Group, part-time soldiers who range across the country’s wildest expanses, are still outfitted with .303 Enfield rifles, although the C-19 Sako in .308 is replacing them. (Photos: Canadian Forces) 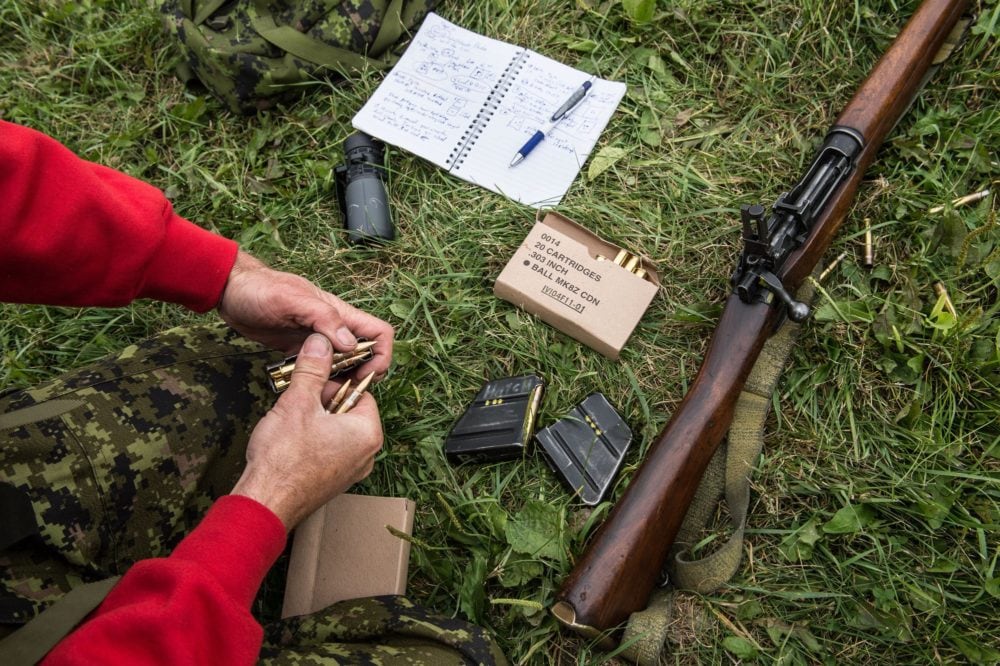 The Enfields in use with the Rangers are a mix of Canadian-made Long Branch Arsenal No. 4 MK. I* and EAL guns. 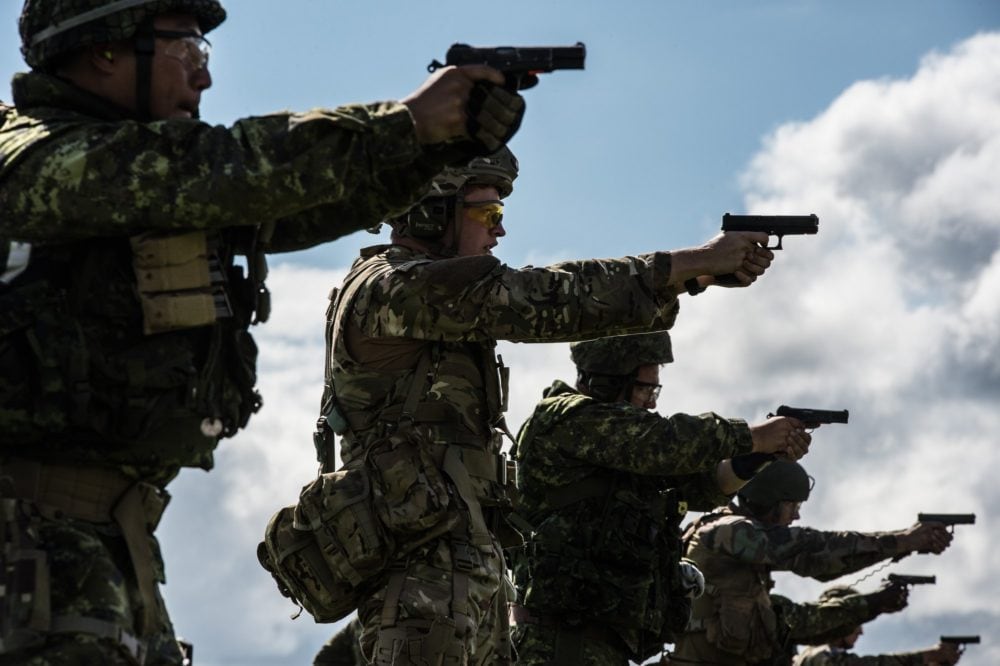 Another classic, the Browning-Inglis Hi-Power, produced in Toronto during WWII, are also still in service with the Canadians. Note the Glock 17s used by the Brits and Dutch on the range. 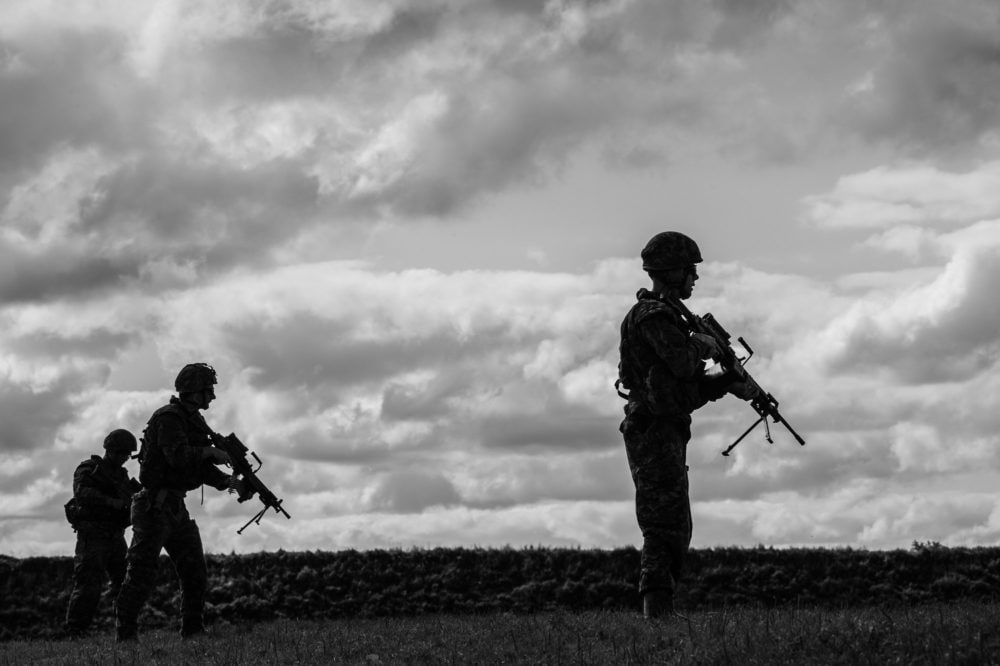 On the machine gun range can be seen a number of Canadian C9A2 light machine guns, the country’s version of the FN Minimi, complete with its distinctive ELCAN C79 optic. 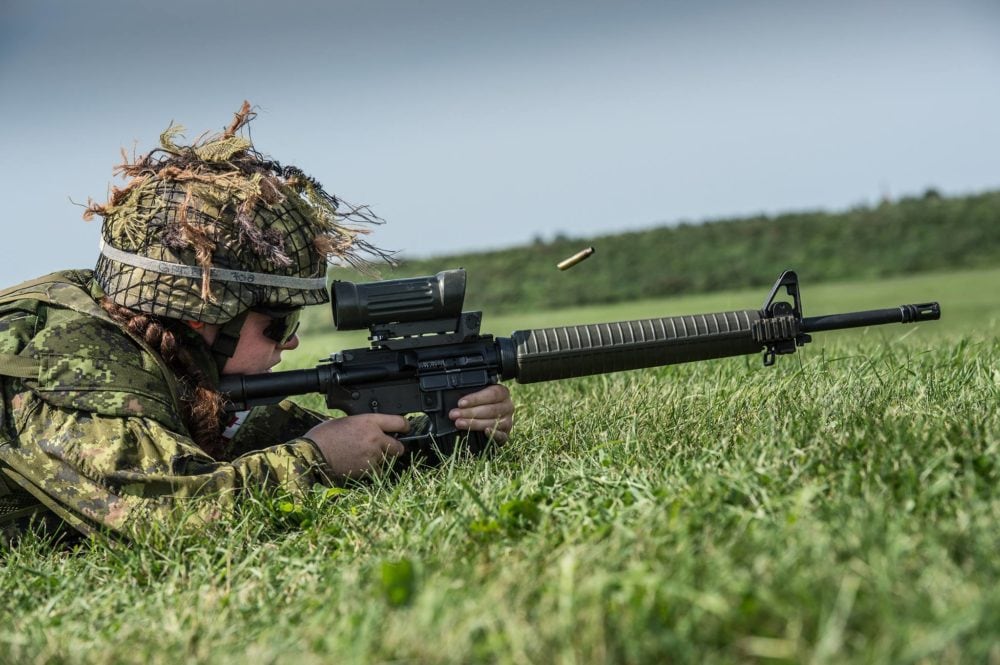 The Canadian C7A2, Colt Canada’s version of the M16A3 for service in the Great North, including ELCAN, green furniture, and standard 20-inch barrel. 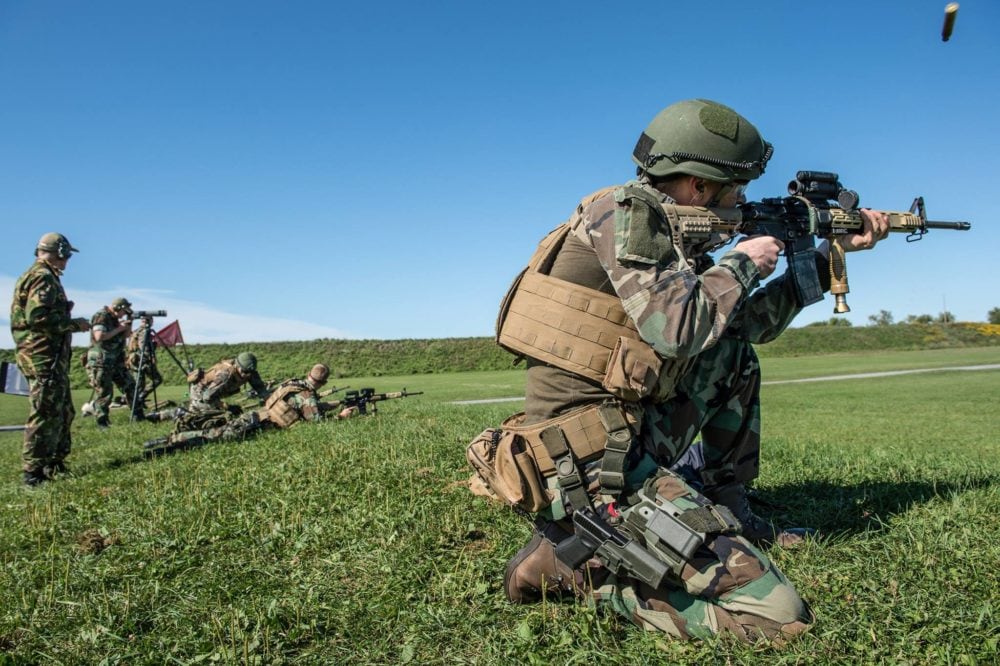 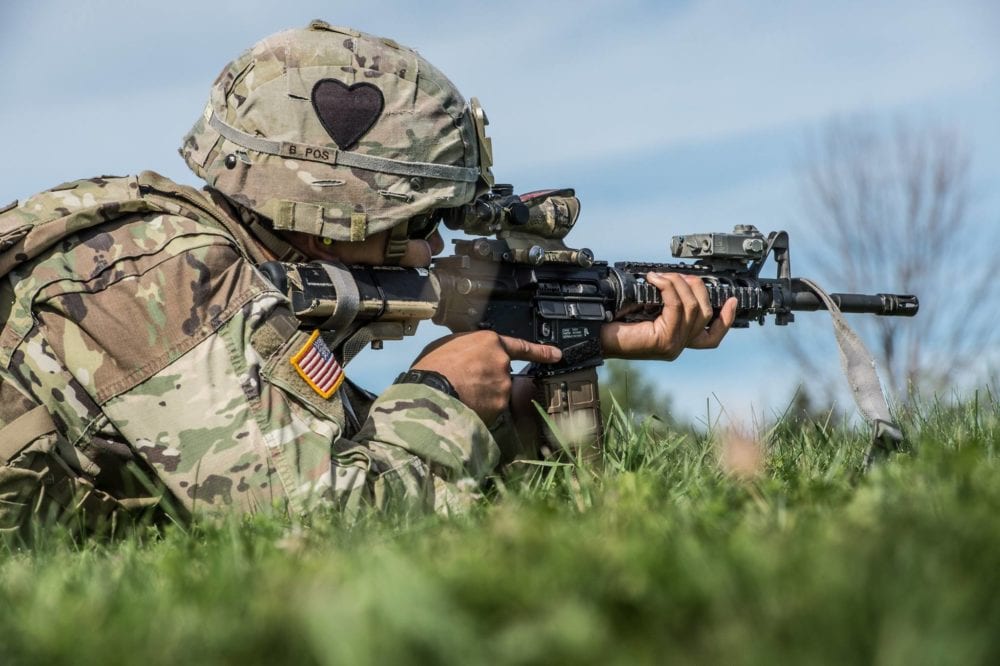 A U.S. 101st Airborne Division Combat Shooting Team member keeping it real with an M4 with an ACOG setup fueled via Magpul PMAG. 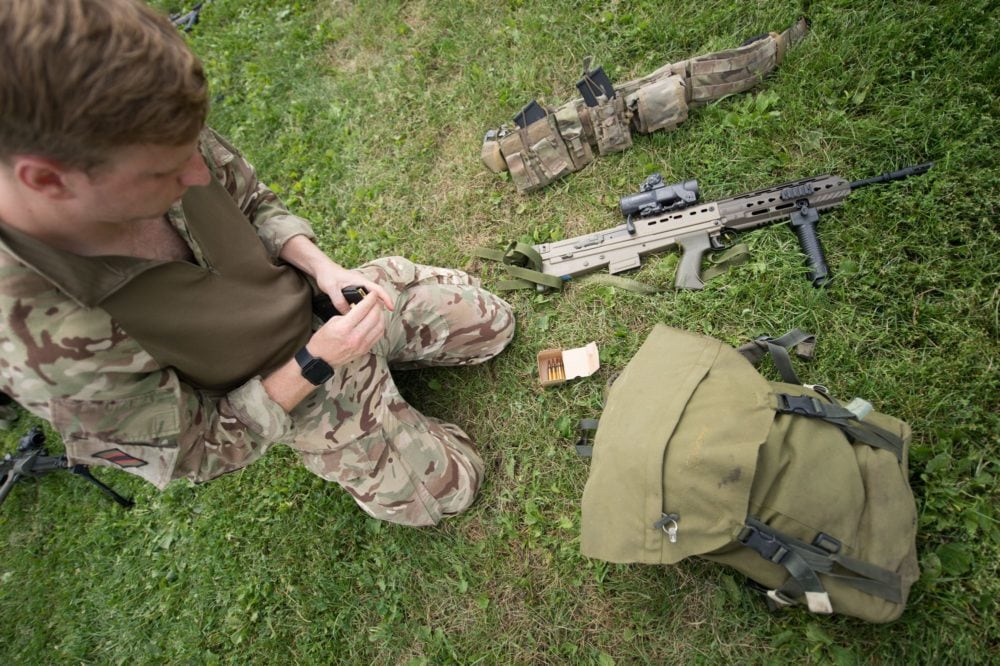 British soldiers with the new and improved SA80A3, the latest version of the Enfield L85 bullpup rifle which, for better or worse, replaced the classic FAL in the 1980s. 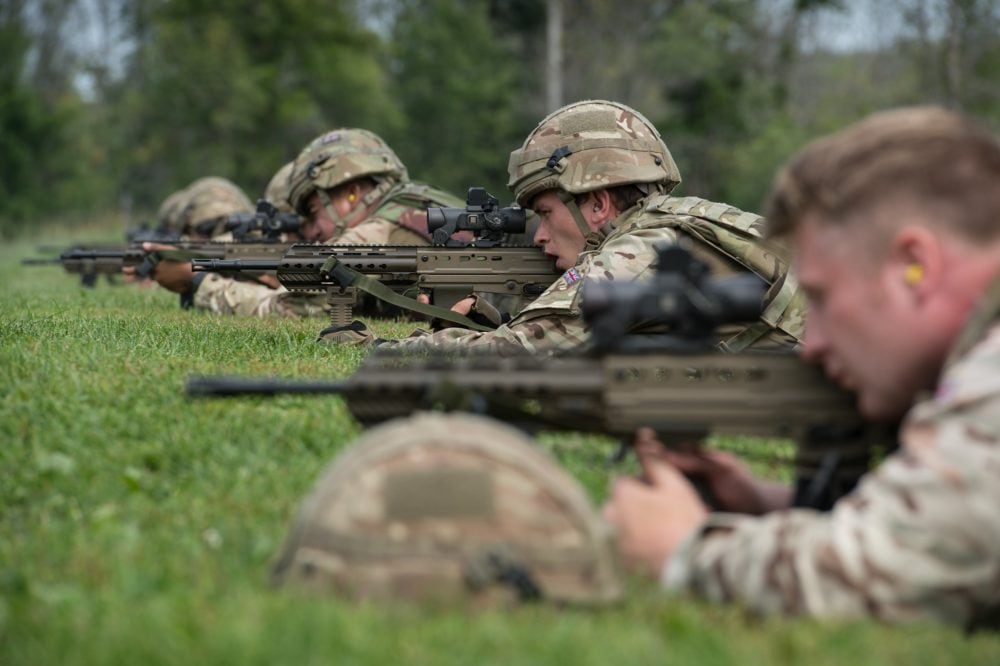 More on the differences between the new SA80A3 and the older bullpup in the below. 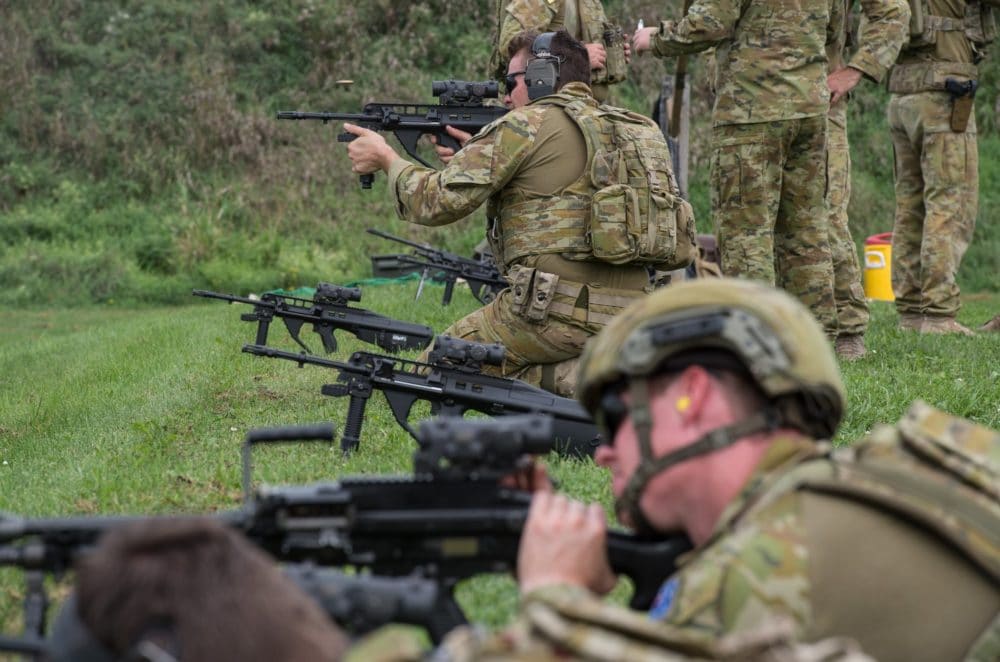 With the Australians on the scene, the Thales (Lithgow Arms) F90, a modernization of the Steyr AUG, is making an appearance. 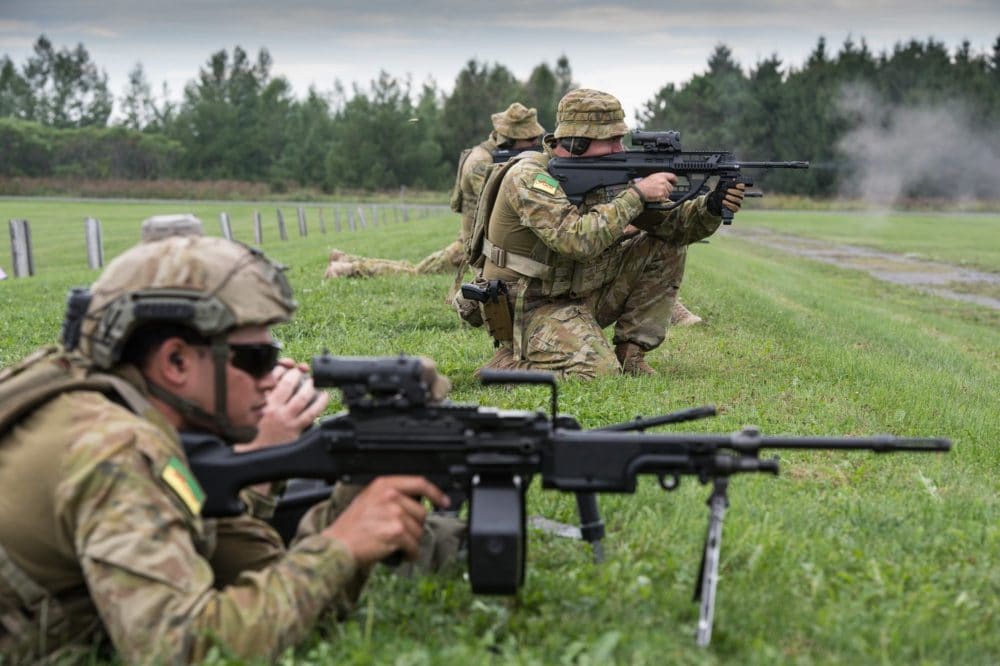 First fielded in 2015 to replace older versions of the F88 Austeyr, the gun is referred to as the EF88 in Australian service.

For more images from the Canadian Armed Forces Small Arms Concentration, set to run through next week, visit their Facebook page and enjoy.