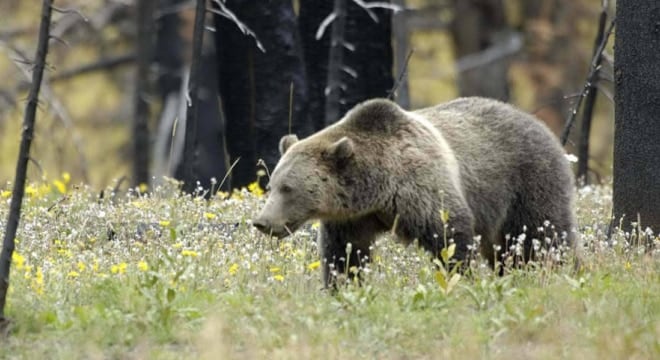 A federal judge in Montana this week added more ice to a freeze on the opening of the grizzly bear season in two states.

U.S. Judge Dana Christensen issued a second 14-day injunction from his Missoula courtroom Thursday as part of a lawsuit brought by animal rights activists and Native American tribes. The legal action is halting the first grizzly hunts in Wyoming in 44 years and the first in Idaho in 22. Christensen, a 2013 appointment to the federal bench by President Obama, agreed with the groups’ argument that the 23 tags in the hands of local hunters may lead to lasting harm.

“If the Court does not extend the temporary restraining order, as many as 23 bears may be killed in the Greater Yellowstone Ecosystem,” Christensen said. “Their death would cause irreparable injury to the Plaintiffs.”

The case, supported by almost 30 groups to include the Humane Society, Center for Biological Diversity, National Parks Conservation Association, Northern Cheyenne Tribe, and Sierra Club, took issue with the decision by federal wildlife officials to allow the population of grizzly bears in the Yellowstone area to be managed by local conservation agencies. The diverse groups against the hunt, ranging from tribes who hold the bear as sacred to wildlife watchers and animal rights advocates who have backed anti-hunting measures nationwide, are concerned the state conservation agencies don’t have the animal’s best interest in mind.

The Yellowstone grizzly, banned from hunting under the Endangered Species Act after their population fell to as low as 136 animals in 1975, has now rebounded to well over 600, a fact that led federal officials to delist the animals from the act’s protections last year. With that, Wyoming and Idaho proceeded to allow limited hunting of the bears from the greater Yellowstone ecosystem outside of the park, set to begin Sept. 1. The bears, which now range in an area larger than the states of New Jersey and Massachusetts combined, have been the subject of a few high-profile encounters with humans as their population swelled, including at least three deaths since 2011.

The order from Christensen brought howls from the federal government and attorneys for Idaho and Wyoming conservation agencies. In more than 75 pages of motions filed Thursday, the assorted government organizations argued that the court’s injunction will harm businesses such as outfitters and guides who were banking on the planned bear seasons while culling 23 animals from a herd of over 600 was simply responsible game management. Further, they pointed out the sportsmen who were fortunate enough to win the agency-run lottery process for a bear tag were being denied a once-in-a-lifetime experience. Finally, they say those who are seeking to reverse the planned hunt altogether are unlikely to win their case on its merits, making the injunction an unneeded delay of the inevitable.

“Plaintiffs cannot rely on pure speculation alone; they must present this Court with credible evidence of imminent harm to their actual interests. They have failed,” said Coby Howell, an attorney with the U.S. Department of Justice.