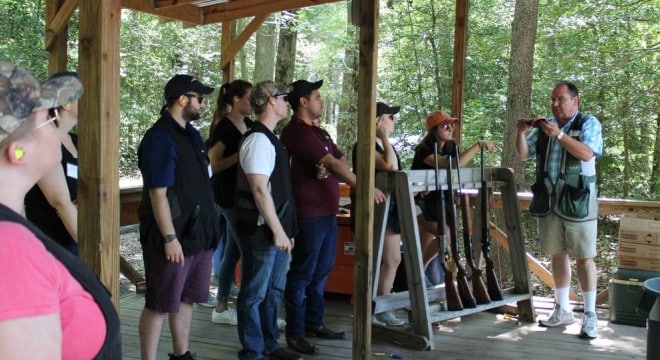 The U.S. House last week gave a nod to a bill aimed at making more funds available to promote hunting and recreational shooting.

The measure, H.R. 2591, termed the Modernizing the Pittman-Robertson Fund for Tomorrow’s Needs Act, passed Sept. 12 on a voice vote. It aims to give more flexibility to state wildlife agencies in using the funds generated from a longstanding excise tax on guns and ammunition, primarily directed at the recruitment and retention of hunters to the sport.

“With a national decline in outdoor recreational activities, Pittman-Robertson funds are shrinking and our state and local habitats are suffering, which is why I have been fighting to give states more flexibility in how they use their PR funds and hopefully attract more Americans to the outdoors in the process,” said the bill’s sponsor, U.S. Rep. Scott, R-Ga.

The bill, which passed the House Committee on Natural Resources in May and has nominal bipartisan support, aims to modify the 1937 Pittman-Robertson Wildlife Restoration Act. This 80-year-old law uses an excise tax levied on all firearms and ammunition sold or imported into the country to perform conservation-related tasks as varied as restoring elk habitat to funding safety programs and establishing public shooting ranges. Paid for by manufacturers and producers, the fund has been pushed into overdrive in recent years because of a spike in gun and ammunition sales. In 2012, the fund apportioned $371 million to state conservation agencies. By 2015, it broke $1 billion and has maintained that level since.

However, in an ominous sign for the future of the sport, although the national population rose in the past decade, recent surveys found that the numbers of active hunters fell by some 8 percent, from 12.5 million in 2006 to 11.4 in 2016.

Under H.R. 2591’s guidelines, $5 million would be made available exclusively for hunter and recreational shooter recruitment grants. The program could use techniques such as social media interaction, media spots, mentoring, and field demonstrations as outreach to educate the public and grow the ranks of the country’s sportsmen and shooting sports practitioners. Current Pittman-Robertson guidelines limit the use of funds for items termed “public relations.”

This, say advocates, translates into a win-win under the “user pay/public benefits” model used in the country for generations and reinforces the relationship between those who buy sporting goods equipment and public conservation. “Recruitment and retention of new hunters means more dollars in the Pittman-Robertson Fund, which directly benefits state-based conservation efforts across the United States,” said Jeff Crane, president of the Congressional Sportsmen Foundation, who support Scott’s bill.

A Senate version of the measure, S.1613, was introduced last year by U.S. Sen. James Risch, R-Idaho, and has six bipartisan co-sponsors. It has been referred to the Committee on Environment and Public Works.