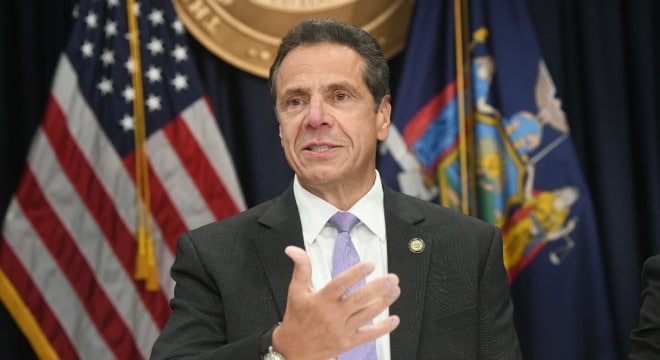 New York Gov. Andrew Cuomo and three others were added to the list of defendants in a lawsuit from advocates seeking to protect the distribution of 3D gun files. (Photo: Cuomo’s office)

Crypto- and free-market anarchist Cody Wilson, allied with a gun rights group, is expanding the reach of their federal lawsuit over legal protections for 3D printed gun files.

SAF founder Alan Gottlieb described the case as rooted in the First Amendment. “What these public officials are attempting is an unconstitutional exercise of prior restraint,” Gottlieb said. “They are trying to prevent Defense Distributed and its founder, Cody Wilson, from exercising free speech.”

The Texas-based lawsuit was filed in July against New Jersey Attorney General Gurbir Grewal and L.A. City Attorney Michael Feuer, who sought to close off access to the files by those in their respective jurisdictions. In the challenge, attorneys for DefDist argued that the effort by Grewal and Feuer illegally interferes with the company’s lawful business under the Dormant Commerce Clause, which restricts the powers of states to get involved in federally-protected interstate commerce.

For his part, Feuer on Monday filed a motion to dismiss the suit, calling it a “retaliatory, frivolous” action. At the same time, Grewal has called on federal officials to take steps to ensure that the files are not available to anyone, citing original action by the U.S. State Department to limit access to them under a 1970s-era international arms control program.

Currently barred from giving the files away for free on his DefCAD site, Wilson late last month began selling the plans on a “pay anything” model, saying, “I’m happy now to become the iTunes of downloadable guns if I can’t be the Napster.” According to on-site tickers, the files have been ordered over 20,000 times.

Meanwhile, the New Jersey Assembly Judiciary Committee approved a bill Monday making it a felony to produce 3D-printed guns or purchase parts to build such a gun, sending it to the full Assembly for a vote. Likewise, Washington D.C. Mayor Muriel E. Bowser (D) introduced legislation on Monday to ban both 3D-printed plastic guns and so-called “ghost guns” from the nation’s capital. At least six bills are pending in Congress on the subject of 3D-printed guns.