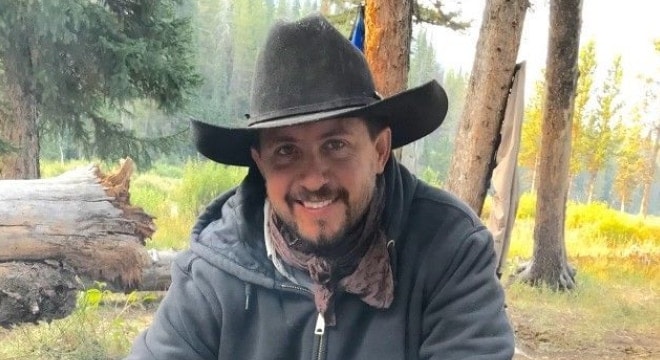 Two grizzly bears believed tied to a fatal attack on an area man have been killed by state conservation officials.

The Wyoming Game and Fish Department announced Monday that they are close to finalizing their investigation into the death of a local hunting elk guide and injury of his client that occurred last Friday. Killed near the border of Yellowstone National Park near Jackson Hole was Mark Uptain, 37, a father of five.

“The investigation revealed the two men approached the undisturbed elk carcass and there was no sign of bears in the immediate area of the carcass,” said Brad Hovinga, WGFD’s Jackson regional wildlife supervisor. “It was after they started field dressing the elk that the attack happened.”

While Uptain’s client, Corey Chubon, of New Smyrna Beach, Florida, was flown to an area hospital by helicopter, authorities were not able to find Uptain’s body until Saturday. The experienced guide had fatal injuries consistent with a bear attack. Investigators recovered a discharged can of bear spray near his body.

“I’m just blessed and extremely grateful to have made it out of this situation alive,” Chubon said, who has injuries to his arm and leg. Chubon told an Orlando media outlet that he was swung by one of the attacking bears but was able to ride his horse to the top of a nearby mountain in order to get cell service. He characterized Uptain as a hero.

Over the weekend, conservation officers were able to trap one of the bears, a yearling grizzly, and were charged by an adult grizzly sow in the vicinity of the attack site, which they were forced to kill. It was later determined that both bears were believed involved in the attack on Chubon and Uptain, and the yearling was subsequently euthanized by authorities. Forensic tests will be performed on the animals to finalize the investigation.

“We do not want to diminish the loss of a community member, or the suffering of his family. However, construing the incident as a reason to justify the trophy hunting of grizzlies makes little sense,” said Melissa Thomasma of Wyoming Wildlife Advocates, one of the groups behind the lawsuit. “Killing more bears will not prevent other bear-hunter conflicts, but it may irrevocably jeopardize the health of the grizzly population around Yellowstone.”

A GoFundMe page for Uptain, to benefit his wife Sarah and his children, as of Tuesday had raised $114,000.