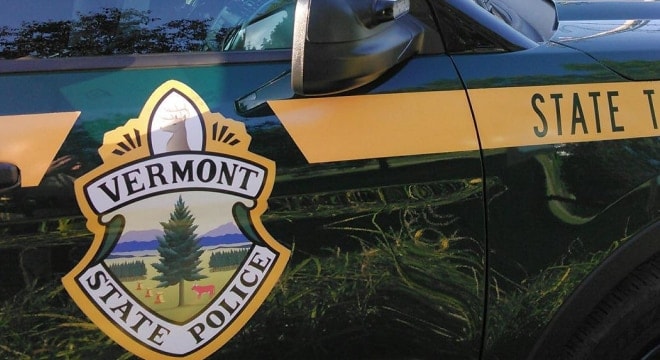 Those looking to take advantage of Vermont’s “no-questions-asked” surrender program are instructed to bring the stocks in after they have been detached from a firearm. (Photo: VSP)

Authorities are not offering to pay for the now-banned devices, but those caught with them could risk up to one year in prison and $1,000 in fines.

With Vermont’s new law banning the sale and possession of bump stock is set to go into effect Oct. 1, the State Police announced Monday that they will offer an anonymous collection program for the devices.

“In compliance with that law, the Vermont State Police will allow members of the public to voluntarily surrender their bump-fire stocks anonymously at any of the 10 VSP barracks in the state,” Capt. Timothy Clouatre said in a release. “People may turn in the devices during regular business hours of 8 a.m. to 4 p.m. Monday through Friday.”

The devices were outlawed in the state after lawmakers approved S.55, and sent it to Republican Gov. Phil Scott to sign in April. The sweeping anti-gun law placed a limit on magazine capacity for handguns and rifles, upped the age to buy all guns in the state to 21, and outlawed bump stocks and similar devices. Those who have the devices after the law takes effect in October will be liable to as much as a year in prison and a $1,000 fine. There is no path to legal ownership and no reimbursement program for the forfeited property.

The ban has triggered a lawsuit from state Second Amendment groups who describe the prohibition as unconstitutional when it comes to protected gun rights. Similar lawsuits have been filed in Florida and Maryland, states that have also outlawed bump fire stocks.

Although at least eight states have banned bump stocks and assorted other devices only one, Washington, has moved to establish a “buyback” program, with a fixed rate of $150 per device, but that program is pending funding allocations by lawmakers.

While Americans could possess as many as 520,000 bump stocks, according to estimates from federal regulators, few are being turned in to authorities in states where they have been banned. Seven months after Denver outlawed the devices, none had been handed over to police in Colorado’s largest city. Similar results are reported in New Jersey while in Massachusetts, the first state to ban them since the Las Vegas shooting, numbers of relinquished bump stocks are in the single digits.

Those looking to take advantage of Vermont’s “no-questions-asked” surrender program are instructed to bring the stocks in after they have been detached from a firearm. Cloutare said that staff “will take no information about the identity of the person surrendering the bump-fire stock,” which will be held in a secure area pending destruction.

State gun rights advocates suggest owners of bump stocks relocate them to other states pending the outcome of the legal challenge.