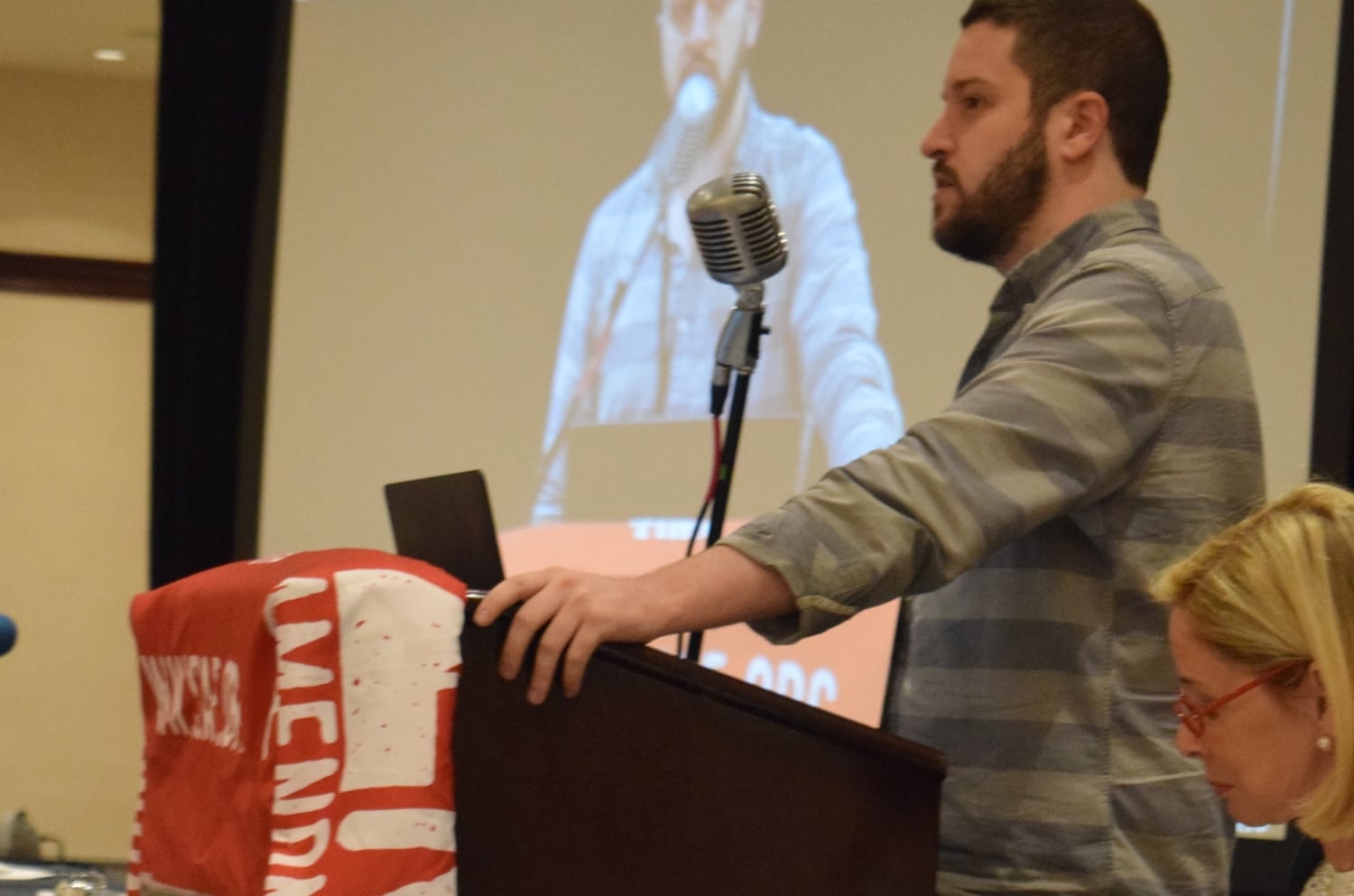 Cody Wilson, president of Defense Distributed, updated the audience at the Gun Rights Policy Conference in September 2017 about his company’s lawsuit over 3D printed guns against the State Department as well as the evolution of the topic. (Photo: Christen Smith/Guns.com)

The gun rights advocate who has led a multi-year legal battle against the government to publish plans for 3D printed firearms has been charged with having sex with an underage girl.

Cody Wilson, 30, of Austin, Texas, has been charged with sexual assault of a minor, according to an arrest warrant filed in a Travis County court. The victim — a female under the age of 17 — told investigators that Wilson paid her $500 for sex at an Austin hotel on Aug. 15.

Wilson, using the screen name “Sanjuro,” met the victim on the dating website SugarDaddyMeet.com and they exchanged phone numbers. Via text message, Wilson described himself as a “big deal” and told her his name. She searched his name and found news articles about him. He also sent her an image of his penis and in return she sent a nude photo.

Then, the two met at a coffee shop in Austin and Wilson drove her to a hotel where he had a room registered in his name. The victim said inside Wilson’s room they engaged in “sexual intercourse and oral sex.” Afterward, he gave her five $100 bills and drove her to a Whataburger.

According to court documents, Austin police investigators took up the case after a counselor notified them about the incident on Aug. 22. They were able to corroborate the victim’s story using surveillance video from the locations she had listed. Also, the video  captured Wilson’s vehicle and license plate number. They confirmed the number was registered to Wilson’s business, Defense Distributed.

In 2013, Wilson became the face of 3D printed firearms. While in law school at the time, the self-described crypto- and free-market anarchist launched the initiative to create the first functional 3D printed firearm with the intention of making the plans available for free online. However, once he succeeded, the U.S. State Department forced him to remove the plans in order to comply with international arms controls.

In response, Wilson and his company filed suit against the State Department, arguing the forced removal of the plans violated their First Amendment rights. Then, in July, the State Department under the Trump Administration backed away from the case. Despite the government’s change in attitude, Democrats holding seats at both the state and federal levels launched efforts to continue to block the plans.

Wilson’s legal effort on 3D printed guns had gained the support and backing of mainstream gun rights groups like the Second Amendment Foundation, which expanded a federal lawsuit against states that continue to block downloadable plans as recently as Sept. 17.

Under Texas state law, sexual assault of a minor is considered a Second Degree felony. If convicted, Wilson could face between two and 22 years in prison and up to a $10,000 fine. He would also lose his right to own a firearm.