Tom Selleck steps down from NRA Board of Directors 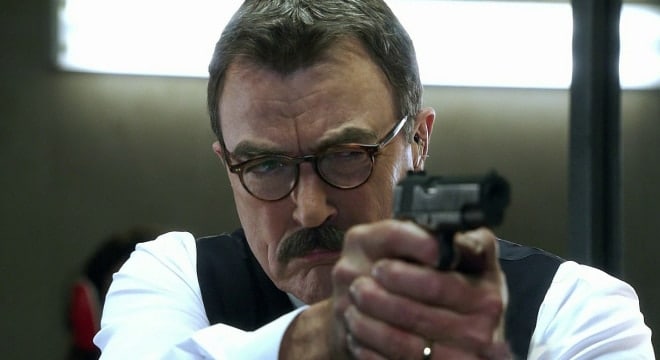 Selleck, seen in his Blue Bloods role of Frank Reagan, has been an NRA member since 1953 and a board member for 13 years. He has stepped down from the latter but continues to be a member of the group as a whole. (Photo: IMFDB)

Actor and popular long-time National Rifle Association board member Tom Selleck has reportedly stepped down due to his work schedule.

Selleck, 73, best known for his roles in Magnum, P.I. numerous Westerns and the police drama Blue Bloods, has left the 76-member steering group for the gun rights organization as first reported by The Trace. A member of the group since his youth, he was first elected to the board in 2005 and his current term was not set to expire until 2020.

“He has nothing to do with policy. He’s never been active on the board or anything the NRA engages in. He’s almost always been a silent board member,” said Selleck’s publicist, Annette Wolf, who clarified that he has stepped down from the board due to his work schedule but remains a member of the group itself.

In years past, Selleck, who is known for his roles where he packs heat, has been outspoken on gun rights. A bearded Selleck in 1999 famously debated Rosie O’Donnell on her standalone talk show about the NRA and gun rights just weeks after the Columbine High School shooting, while ostensibly appearing on the show to promote the romantic comedy, The Love Letter. “I was a member when I was a kid. I was a junior member. I learned gun safety,” said Selleck, who joined when he was eight.

Selleck was later an NRA Foundation’s “Ring of Freedom” charter member after he donated a selection of firearms from his personal collection to the organization’s National Firearms Museum. He spoke at the Safari Club International convention about the NRA Museum and its collection in 2008 and the need to generate money for the museum’s endowment which goes to support its conservation programs.

He has often appeared as a guest speaker for the NRA, as recently as last year where he was the most popular board member running for reelection, beating out fellow actor R. Lee Ermey for the top spot.