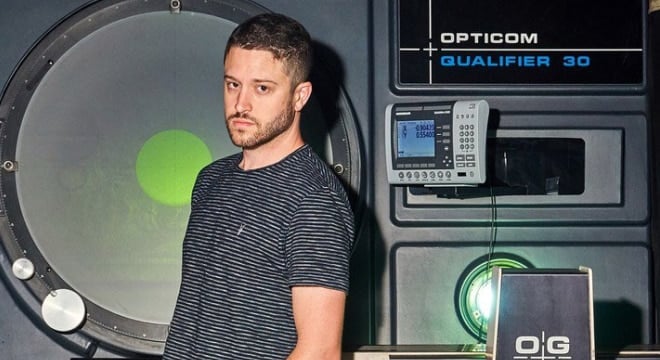 The controversial 3D gun pioneer may be settling into a new life in non-extradition Taiwan as authorities in the U.S. are requested assistance in locating him.

Wilson, 30, owner of Austin-based Defense Distributed, is the subject of a Travis County arrest warrant for sexual assault of a juvenile under 17 years of age. Believed to have traveled to Taiwan prior to the warrant after a tip that police were investigating him, he missed a return flight to the U.S.

Local media in Taipei report that the gun enthusiast arrived there on Sept. 6 and has since signed a six-month lease for an apartment, putting down about $1,200 for a deposit and first month’s rent.

The Taiwan Times reported that, while the country does not have a formal extradition agreement with the U.S., the leasing agent for the apartment in Taipei’s picturesque Zhongzheng District contacted police after news of the allegations surfaced. The South China Morning Post, one of the largest English-language newspapers in Asia, reported that the 3D-printed gun maker was on the run in Taiwan in their print edition on Thursday.

Subsequently, Taiwan’s Criminal Investigation Bureau, roughly the state’s version of the FBI, has begun a “preventive investigation” into Wilson’s whereabouts and are in contact with U.S. law enforcement agencies while Taiwan’s National Immigration Agency has been informed by the U.S. of the presence of a possible sex offender in their country. The two countries have increasingly worked together to share information on multinational criminals and fugitives since 2002 and the U.S. has backed Taiwan’s efforts in joining the International Criminal Police Organization (INTERPOL).

It is unknown how much money Wilson has access to. In 2014, he signed a $250,000 book deal with Simon and Schuster for his story and has launched a number of ventures over the years such as Dark Wallet, a data anonymization tool for use with cryptocurrency. At the end of August, he announced on social media that a fundraiser for his DefCAD file site had raised over $300,000 with Bitcoin Cash donations matched 1-to-1 by Bitcoin.

Meanwhile, supporters of Wilson are arguing on social media and discussion boards that the anti-government activist was “framed” or otherwise “set up” over the issue of 3D printed guns and his involvement with projects like Hatreon, the “free speech absolutism” crowdfunding outlet catering to alt-right groups. In an interview with Gizmodo last year about  Hateron, Wilson characterized the effort as “virtue signaling to the right.”

As of Friday morning, Wilson’s various social media accounts have been silent since the allegations surfaced. DefDist’s website is still functional but emails to the company by Guns.com have gone unanswered.

The U.S. Marshals Service on Thursday issued a request for the public’s assistance in locating Wilson and have issued a “wanted” poster.