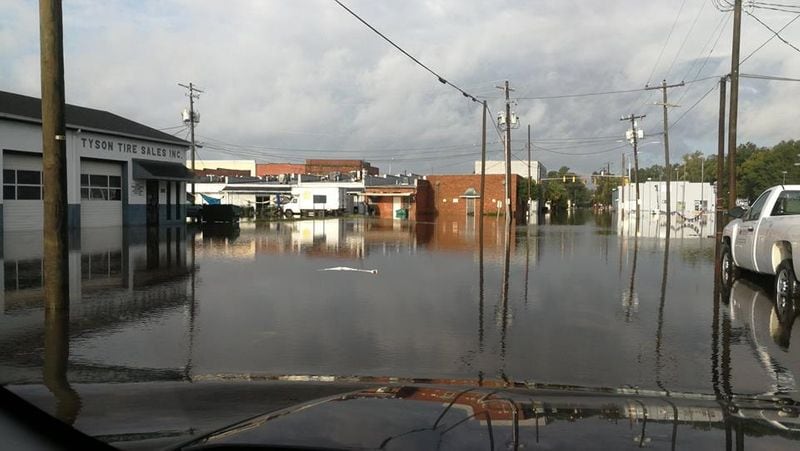 Federal officials reached out to Guns.com Thursday to clarify one dealer reported thieves stole guns in the aftermath of Hurricane Florence.

A local NBC affiliate in Whiteville, North Carolina said looters stole 50 handguns from Murf’s Pawn over the weekend. Employees at nearby Merritt’s Sporting Goods, located just one mile away, discovered the front door pried open and cash missing, according to reports.

The city in Columbus County experienced major flooding after Florence dumped nearly three feet of rain across some parts of the state. The storm made landfall late Thursday as a strong category one, packing winds over 90 mph. Flooding, tornadoes and widespread power outages continued wreaking havoc up and down the southeastern seaboard this week, with some 42 deaths attributed to the storm so far.

“The flooding is like nothing we have ever seen,” North Carolina Gov. Roy Cooper told CBS News. “People in hard hit communities do want to go back, but many are still having to wait.”

Last year, looters made off with more than 100 guns after Hurricane Harvey dumped more than 4 feet of rain on Houston, sparking catastrophic flooding across the city. Dealers located in storm-impacted states during Hurricanes Irma and Matthew, likewise, said criminals took the opportunity to break-in, stealing  dozens — and in one case, hundreds — of guns.

“During hurricanes and similar natural disasters, ATF regularly communicates with the Federal Firearms Licensees in the affected areas to ensure they are employing best safety practices available to secure their inventory and records during the storm,” ATF spokesman Christopher Elolf told ABC News last week.