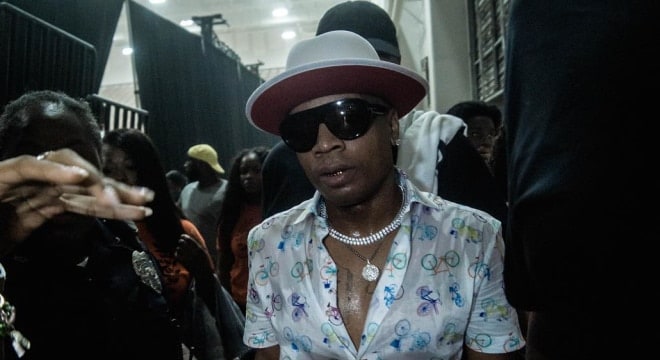 Florida rapper Plies was arrested last week at Tampa International Airport after screeners with the Transportation Security Administration found a handgun in his bag.

Airport police Chief Charlie Vazquez told the Tampa Bay Times that Plies, whose real name is Algernod Lanier Washington, was arrested last Wednesday after screeners found a Glock 43 9mm pistol in the performer’s carry-on bag. Vazquez said Washington did not have a concealed carry permit, but if he did he would likely have not been arrested.

The Florida-born entertainer was released from the Hillsborough County jail later on Wednesday after posting $2,000 bail.

TMZ reports the rapper, 42, mistakenly grabbed the wrong bag on his way to the airport and admits the gun is his.

It is not the first time he has had a run-in with police over a firearm. In the aftermath of a 2005 club shooting in Gainsville that left five with non-life-threatening injuries where he was scheduled to perform, both the rapper and his brother, Ronell Levatte, were charged with a weapons violations. Levatte was later sentenced to three years in prison while Washington, who pleaded no contest to illegal possession of a concealed weapon, served no jail time.

According to the TSA, a record-setting 3,957 guns were discovered in carry-on bags at checkpoints across the country last year including 97 at Tampa, the sixth-highest ranking airport for firearm discoveries in 2017. About 84 percent of the guns recovered nationwide were loaded. Generally, it is legal to travel with unloaded firearms in checked baggage, but they must first be declared to the airline.