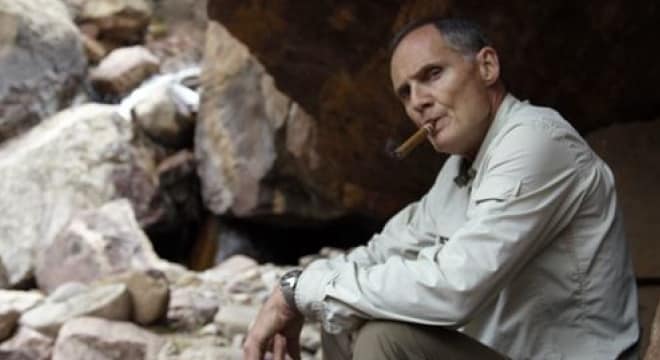 Robert Himber, aka N.E. MacDougald, became unresponsive after completing the most technical portion of a difficult climb in Colorado. (Photo: Panteo Productions)

The Vietnam-era Army veteran who wrote and taught under the name of N.E. MacDougald passed away last weekend while climbing in Telluride.

Himber, 74, of Grand Junction, was identified this week by the San Miguel County Coroner after he suffered a “life-threatening medical event” during a climb of Telluride’s Via Ferrata.

According to the San Miguel Sheriff’s Department, Himber and his step-daughter had just finished “the main event,” the most technical portion of the climb, when he sat down and became unresponsive.

Born in 1944, while in the Army Himber served in military intelligence duties in Vietnam and instructed Green Beret units in technical rock climbing. He later went on to become the Survival Editor for Colorado-based Soldier of Fortune magazine and write for a variety of publications over a three-decade career as a survival expert. In later years he conducted seminars and appeared in videos for Panteo Productions on a wide range of prepping, firearm and survival topics.

When contacted about Himber’s death, Soldier of Fortune founder Lt. Col. Robert K. Brown characterized him to Guns.com as “a fine man, a great friend and unyielding patriot.”

As a tribute to Himber, SOF.com on Thursday posted excerpts of one of his books, the Soldier of Fortune Guide to Surviving the Apocalypse.