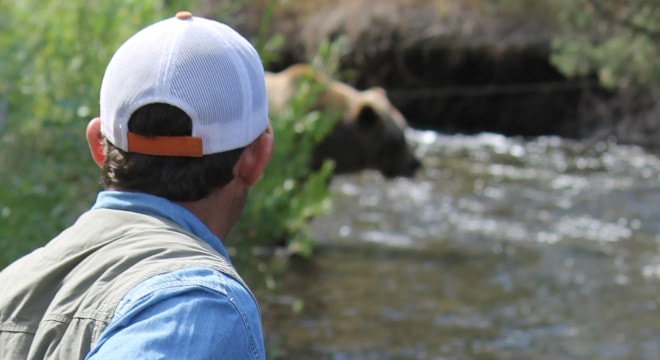 A federal judge this week reversed a rule change that allowed states around Yellowstone to manage the resurgent grizzly population (Photo: Wyoming Game and Fish Department)

Despite mounting human interaction with a growing bear population, a federal judge sided with animal rights groups to reinstate protections for the grizzlies.

U.S. Judge Dana Christensen on Monday vacated a 2017 rule by the U.S. Fish & Wildlife Service to de-list the Greater Yellowstone grizzly herd from its status on the threatened species list. In doing so, he removed the ability of state conservation agencies in the region to manage the animal, thus taking the planned fall hunting seasons for grizzlies off the table.

“Although this Order may have impacts throughout grizzly country and beyond, this case is not about the ethics of hunting, and it is not about solving human- or livestock-grizzly conflicts as a practical or philosophical matter,” said Christensen in his 48-page order, which stressed the USF&WS may have exceeded its legal authority when it de-listed the bear.

After bottoming out with a census of just 136 animals in the 1970s, the number grizzlies in and around Yellowstone swelled over the decades of Endangered Species Act protection. Now grown to over 600 animals, federal officials have attempted since 2005 to de-list the animals from the act’s protections, which in turn sparked a legal challenge from a diverse collection of Native American and wildlife groups to keep it off-limits. The bears have been the subject of dozens of high-profile encounters with humans in recent years, counting at least four deaths since 2011 — including one of a hunting guide killed last week.

Christensen, a 2013 appointment to the federal bench by President Obama, concluded that the government failed to analyze the impact that delisting the Yellowstone herd would have on other continental grizzly populations. “In short, [USF&WS] has failed to demonstrate that genetic diversity within the Greater Yellowstone Ecosystem, long-recognized as a threat to the Greater Yellowstone grizzly’s continued survival, has become a non-issue,” he said.

Meanwhile, Scott Talbott, director of the Wyoming Game and Fish Department, said his agency “is a strong proponent of all wildlife management being led by people who live in this state and having management decisions made at the local level.”

Talbot’s agency warns that sportsmen and campers, as well as those in the outdoors or who live in bear country, should take extra precautions as they are predisposed to bear encounters.