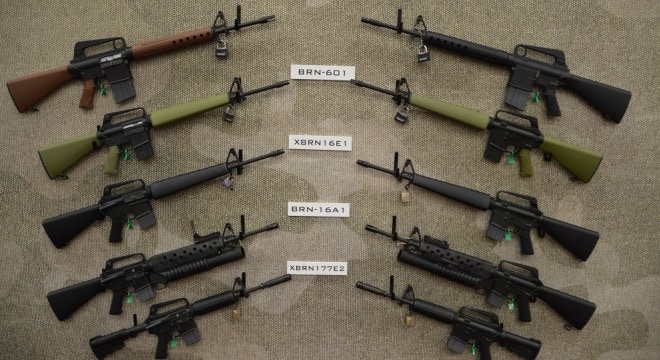 The Iowa-based firearms supplier recently made a donation to a North Dakota police department to better equip the agency’s school resource officers.

Brownells donated nine AR-15 rifles to the Bismarck Police Department after news reached them that the agency was looking for funds to purchase such equipment, as reported by The Bismarck Tribune. The officers, spread across both public and private high schools in the area, are currently only armed with handguns.

Besides the rifles, valued at $520 each, Brownells also contributed custom parts and a $1,800 armorer’s kit to the agency.

“We have made donations to police departments around the country, if we hear that they’re in need and we have the opportunity to help,” Ryan Repp, head of Brownells’ communications team, told the Tribune.

Bismarck Police Deputy Chief Jason Stugelmeyer said the donation from Brownells allowed the agency to spend money previously earmarked for the guns on larger and more comprehensive medical trauma kits. “With the support, we’ll be able to get the project out quicker, and we’ll be able to have a more robust medical kit that we really wouldn’t have had the budget for otherwise, without the donation,” he said.

Brownells in recent years has expanded their in-house AR line to include both contemporary and “retro” designs to suit an assortment of tastes. With the headquarters in Montezuma, Iowa, the company has also been an ardent supporter of the National Rifle Association Foundation’s Round-Up and Add-A-Buck Programs while CEO Pete Brownell has served on the organization’s board of directors and was a past president.