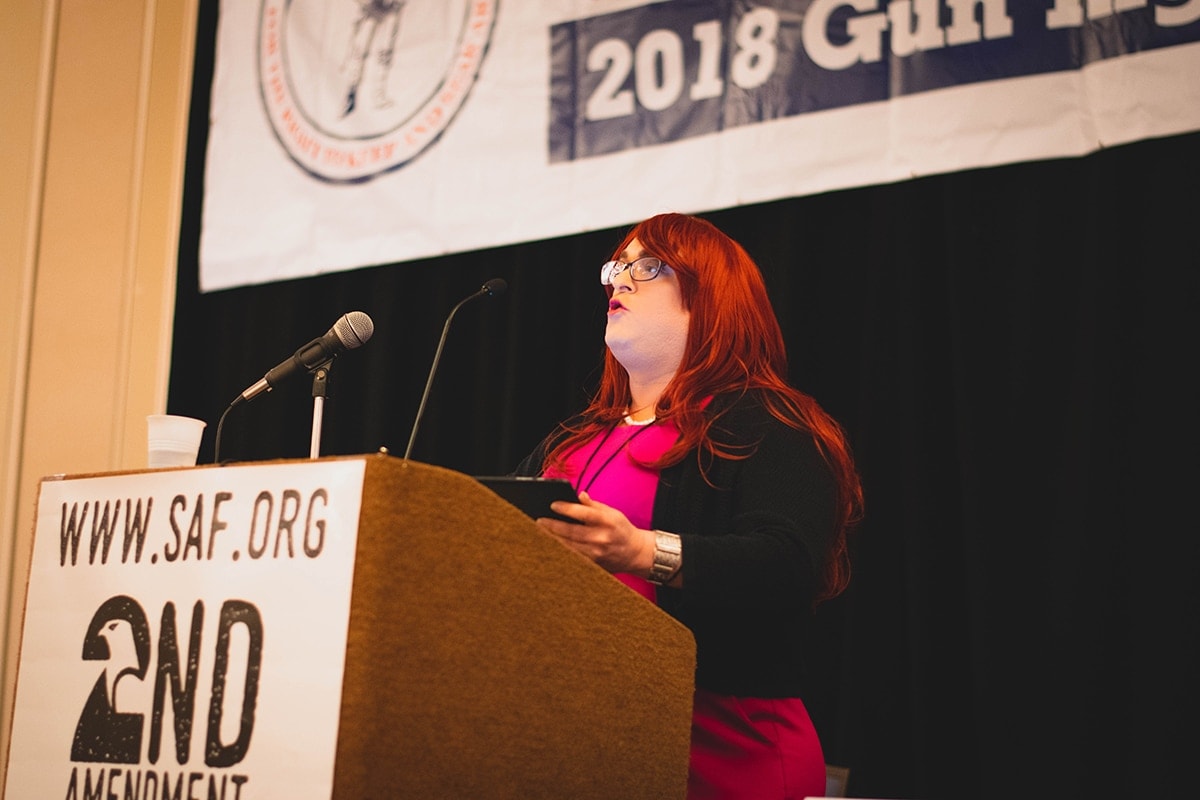 The new coordinator of the Pink Pistols, Erin Palette, addressed the crowd at the Gun Rights Policy Conference in Chicago. (Photo: Jacki Billings/Guns.com)

Two of the gun industry’s most prominent LGBTQ pro-gun organizations — the Pink Pistols and Operation Blazing Sword — have teamed up to better enhance the fight for gun rights for all.

The two organizations announced their merger at the 33rd Annual Gun Rights Policy Conference held in Chicago, Illinois in late September. Accompanying the merger was the announcement that current First Speaker for Pink Pistols, Gwen Patton, would be stepping down from her leadership role. In her place, Operation Blazing Sword founder Erin Palette will be stepping in as coordinator for the Pink Pistols.

Founded in 2001 in response to hate crimes against the lesbian, gay, bi-sexual and transgendered communities, the Pink Pistols sought to empower those who were victims to homophobia and violence as a result of their sexual preference. The organization now boasts 55 active chapters in North America with membership in the thousands.

Speaking to the crowd at the GRPC, California Pink Pistols leader Nicole Stallard explained that gun rights are not a straight, gay or bi issue but rather a right all Americans should stand for.

“As Americans we have more that unites us than divides us. Human rights, especially the right to our lives, is universal,” Stallard commented. “Your beliefs, political orientation and your gender or sexual orientation are all independent of each other….What really matters is the content of a person’s character.”

Stallard said the need for a LGBT centered group became even more evident after a gunman entered Pulse Nightclub in Orlando, Florida on June 12, 2016, gunning down visitors to the gay nightclub. Calling it the “9/11 wake-up for the gay community,” Stallard illustrated why organizations like the Pink Pistols and Operation Blazing Sword are so vital to the LGBTQ community.

“We said enough. We refuse to be victims,” Stallard passionated stated. “We are promoting real world options based on a victor mindset not a victim mindset.” 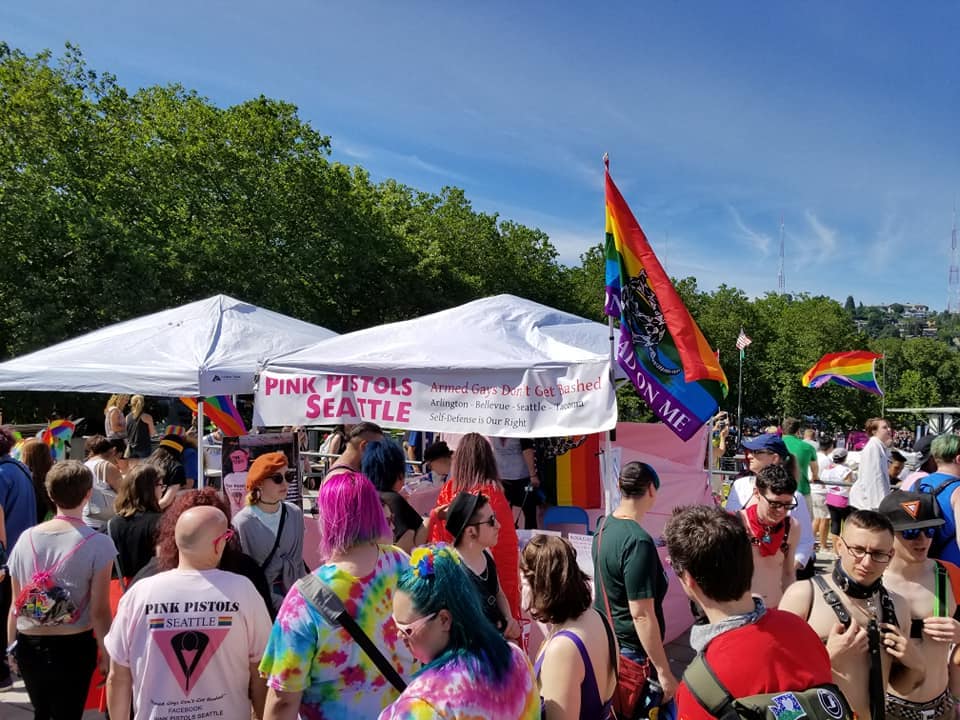 At the epicenter of the Pink Pistols has been its First Speaker, Gwen Patton. Handling media requests and serving as the face of the organization, Patton has helmed the group since it began. Unfortunately an accident left her with debilitating health issues and she was forced to pass the torch onto someone with “energy and the passion.” That person is Palette.

Palette began as a Pink Pistols member in order to gain gun training in a friendly and accepting environment. She later founded Operation Blazing Sword to better reach the LGBTQ community, brining more members into the pro-2A movement. Palette told the GRPC that after many long talks she and Patton came to the agreement that the two organizations would better serve the gun and LGBTQ arenas under one umbrella.

Palette emphasized that all local Pink Pistols chapters would still be free to conduct business as usual with no dictatorial influence from the national side of the Pink Pistols; however, Pink Pistols members will now benefit from the ability of Operation Blazing Sword non-profit status allowing members better access to much needed funds and resources.

“With this merger we have now become the organization that I hoped we could be — with Operation Blazing Sword being a program for outreach, education and training and Pink Pistols being a program for community involvement, mutual support and continuing education,” Palette said. “Each group has resources the other will find helpful in completing their mission of education, of safety and of community.”

It appears as if the biggest change to hit the two groups will be its membership. Due to the merger the ranks have swelled, resulting in an estimated membership of 30,000 members. In addition, Operation Blazing Sword boasts 1,600 volunteer instructors across the U.S. who are “eager to teach” in addition to being “queer-friendly.”

Palette said she is thrilled with the new direction and hopes to bring the chapters and its members out of the dark and into the new age of inclusion, education and activism.

“It is my wish that those people who have received Operation Blazing Sword training and who decided to become gun owners, then go on to either join the Pink Pistols chapter or form one in their area,” Palette commented. “After all the most powerful sword is the one that is wielded by two hands.”