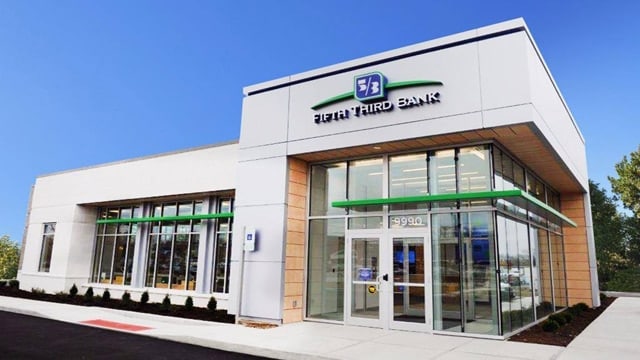 Fifth Third Bank will allegedly cut ties with the gun industry, one month after a gunman opened fire at the bank’s headquarters in Cincinnati. (Photo: Fifth Third Bank/Facebook)

Spike Tactical said this week Fifth Third Bank will sever ties with the company as it plans a “discreet” exit from the gun industry.

Owners of the Florida-based manufacturer said Monday the bank would not renew the company’s business line of credit and may transfer its commercial mortgage or recall it early.

“We understand that the gun industry is not a protected class and that banks and other businesses can choose to not do business with us, but we also believe that customers should know if that vendor has decided to enter the political arena and they’ve taken a stand against guns,” said owner Angela Register.

The news comes one month after a gunman opened fire at the Fifth Third Center in downtown Cincinnati, killing three and wounding two others before dying in a shootout with police. In response, top executives at Fifth Third donated $1 million to help the families of the shooting victims and hopes others will join in raising another $1 million.

“We have been touched and strengthened by the community rallying around us,” said Greg Carmichael, chairman, president and CEO of Fifth Third Bancorp. “And we wanted to do more. We know from what we’re hearing from our community that others want to help, too.”

The Ohio-based financial services company operates more than 1,100 branches across the Midwest and South, ranking as one of the largest money managers in the region with more than $363 billion in assets under care.

“This is frightening because yet again, we’re continuing to see the Second Amendment under attack in more and more places,” Register said. “It also seems completely hypocritical that institutions, which have been and continue to be protected by guns, are now attacking the very industry that is often their first line of defense.”

Guns.com reached out to Fifth Third Bank early Tuesday for a response and has not yet heard back.