Debuted at last week’s Red Oktober Kalashnikov Championships in Hurricane, Utah, Century’s new VSKA is billed as a “heavy duty AK rifle” by the company. Although a semi-auto pitched to the U.S. commercial market, Jason Karvois, Century’s director of sales, says they have been developing the gun for years and it was based on Century’s response to an initiative by the U.S. Special Operations Command to identify domestic sources of “non-standard weapons” like the iconic AK-47.

“We have been working on this project for some time now and the conclusive feedback we received from the U.S. government was clear evidence that our efforts had paid off,” said Karvois. “Now it’s time for civilian consumers to reap the benefits of this project.”

The 7.62x39mm VSKA uses a new bolt carrier, front trunnion, and feed ramp machined from S7 tool steel and features both a nitro-carburized 4140 steel bolt and a chrome-moly 4150 barrel. Surfaces have a magnesium-phosphate finish while the furniture is of American Maple in a nod to Century’s New England roots. The rifle uses the company’s RAK-1 enhanced trigger group.

In the past several months, Century has moved to make several of their AK variants wholly in the U.S., including the Draco AK pistol, which was formerly constructed by Cugir in Romania. 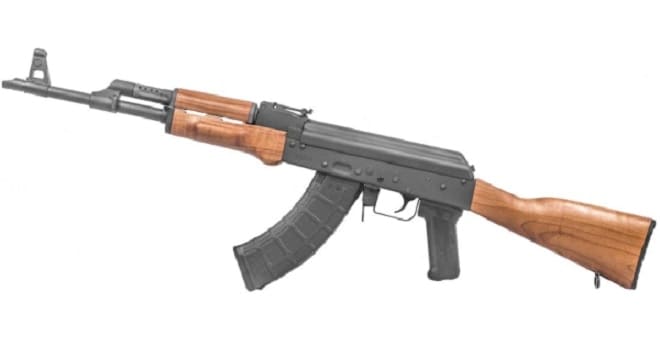