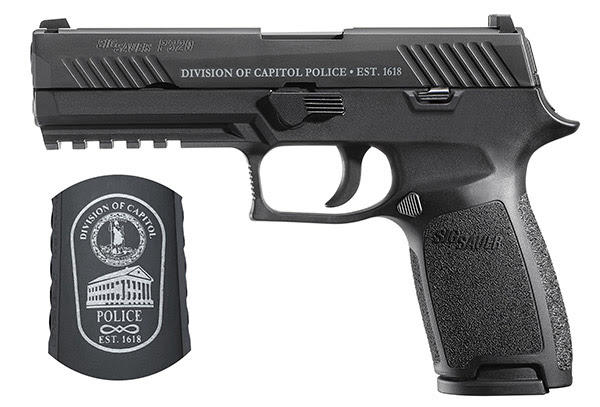 The Sig Sauer P320 continues to creep its way into law enforcement agencies across the U.S. (Photo: Sig Sauer)

Sig Sauer has won the hearts and minds of yet another law enforcement agency, announcing that the Virginia Division of Capitol Police has selected the Sig P320 as its official duty firearm.

Tracing its heritage back to 1618, the Virginia Division of Capitol Police is responsible for law enforcement for the State of Virginia Capitol Complex in addition to protecting Governor and Virginia’s First Family, the Lieutenant Governor, Attorney General, the Justices of Virginia’s Supreme Court and members of the Virginia legislature. The move towards the Sig P320 was due to positive reviews from the department’s officers, said Virginia Capitol Police Chief Col. Anthoy S. Pike.

“The amount of positive feedback we have received from our officers about the Sig Sauer P320 pistol has been remarkable. Overwhelmingly, my officers have noted the overall comfort of their new P320 and we are seeing it in higher range scores,” Pike commented in a news release. “Overall, we could not be more pleased with our transition to the P320 as our official duty firearm as we carry out our mission to protect and serve the Capitol of the Commonwealth of Virginia.”

Sig’s P320 has slowly began taking over law enforcement agencies nationwide, offering a modular, striker-fired design in full-size, carry, compact and sub-compact sizes. Available in 9mm, .357 SIG, 40 S&W, and .45 ACP, the Sig P320 comes with the shooter’s choice of contrast or SIGLITE Night Sights. The pistol also benefits from a 3-point takedown that does not require a trigger pull prior to disassembly.

“It’s an honor to welcome a department with such historical significance into the fold of the Sig Sauer Law Enforcement family, and we are pleased to earn the confidence of the men and women of the Virginia Division of Capitol Police with their acquisition of the P320 pistol as their official duty firearm,” said Tom Jankiewicz, Executive Vice President, Law Enforcement Sales for Sig Sauer.