Springfield Armory on Wednesday announced they were adding a pair of 10mm offerings to their popular XD(M) line of handguns.

Teased for the past two years, the new 10mm installment to the XD series features a full-sized pistol with either a 4.5- or 5.25-inch Melonite finished match-grade hammer-forged barrel with fully supported chambers. Both variants include Mega-Lock grip texturing with three interchangeable backstraps and a 15+1 magazine capacity. When it comes to sights, the 4.5-inch model has a low-profile combat rear paired with a fiber optic front, while the 5.25 variant runs a fully adjustable target rear with a fiber optic front. 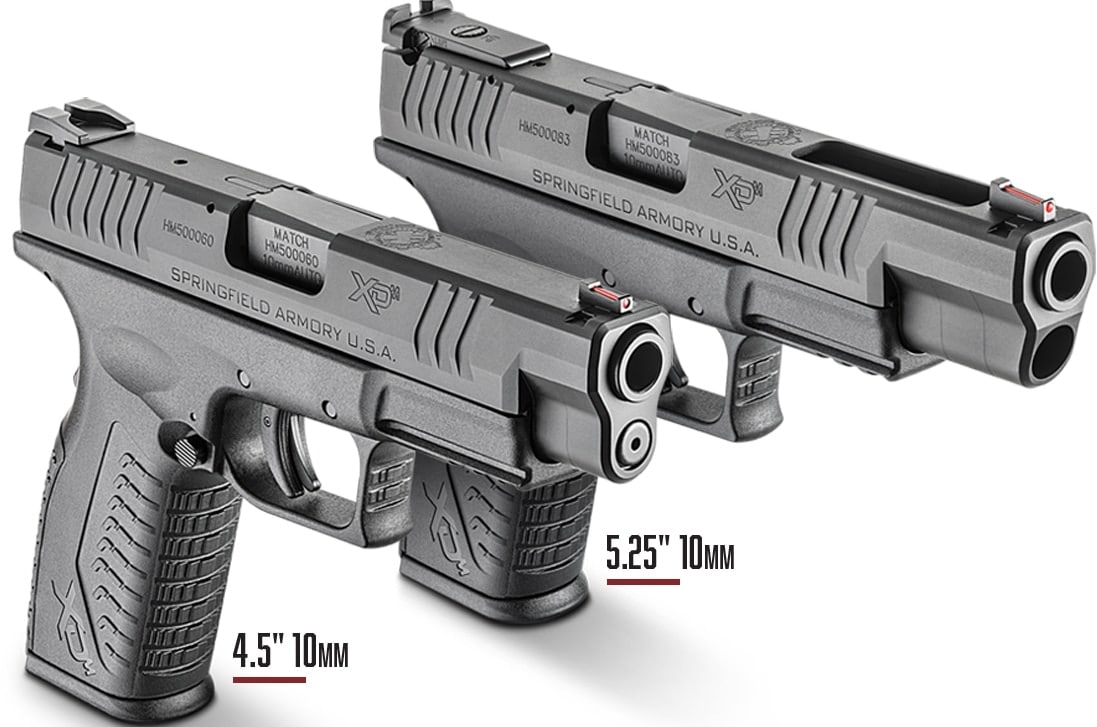 Equipped with a full-length guide rod and forged slide, SA touts that the robust guns have stood up to a 10,000-round reliability test without any stoppages.

“Our customers have been very vocal about their excitement at the prospect of an XD(M) chambered in 10mm,” said SA President Steve McKelvain in a statement. “We are thrilled to now offer them exactly what many of them have been asking for: the power and velocity of the 10mm round delivered in the reliability of the XD(M) platform, proven through a 10,000 round torture test documented on video.”

The test, documented shot-by-shot in a two-hour video by Clay Martin, used nothing but Federal Premium Hydra-Shok personal defense rounds, stopping every 1,000 rounds to lubricate the gun and every 2,000 to swap out recoil springs.