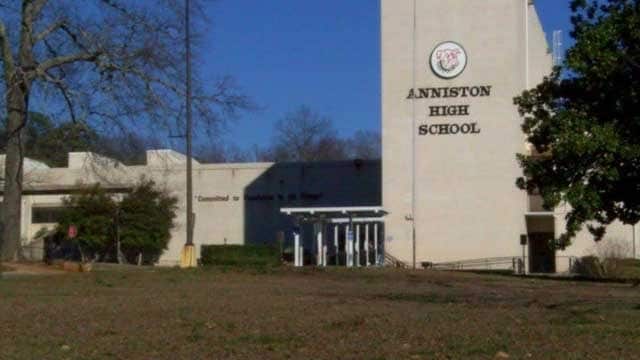 A teenager faces federal gun charges in Alabama this week after police caught him with a loaded pistol at a high school football game.

Acting on a tip from an unidentified female, law enforcement discovered the 9mm Taurus Model PT-709 stowed inside 18-year-old Camron Watkins’s waistband while patrolling a game at Anniston High School Sept. 28, according to court records.

“Anyone who illegally brings a gun to a high school football game is a threat,” said U.S. Attorney Jay Town. “Federal, state and local law enforcement have joined together to protect our schools and our communities from gun violence. Federal prosecution of gun crimes means real prison time.”

Watkins faces a maximum penalty of five years in prison and a $5,000 fine for knowingly possessing a firearm in a school zone.

Marcus Watson, special agent in charge with the Bureau of Alcohol, Tobacco, Firearms and Explosives, said the arrest stems from recent collaboration between local and state police “to reduce potential violent crime that impacts our school systems.”

“Gun crimes in Anniston will not be tolerated and we are prepared, by any legal means necessary, to pursue, arrest, and prosecute anyone possessing illegal firearms,” said Anniston Police Chief Shane Denham. “The Anniston Police Department is committed to making our community a safe environment for all.”

“Most Alabamians are benefiting from a much safer Alabama as a direct result of the leadership of Attorney General Jeff Sessions,” said Richard W. Moore, U.S. Attorney for the Southern District of Alabama. “Law enforcement officers have been empowered to do what they do best and the violent crime rate in many of our communities is going down.”