Why copper hunting ammo is on your shelf (VIDEO)

New hunting products, especially ammunition, seem to come faster than we can shoot. From ballistic to heat shield to open tip match, each has its place. But have you noticed more boxes of copper hunting ammo on store shelves? That’s a commonly asked question among hunters in the gun shop as well as whether or not it’s needed.

With hunters doing more as conservationists, the desire to help save wild resources from potential collateral damage of lead is also on the rise. It’s no secret that lead poisoning results from many different causes, but some of that is attributed to the bullets. If a lead bullet ends up in a carcass, it can in turn be eaten by carrion birds or other critters to their detriment. Thus, companies comply with consumer demand and environmental laws by providing non-lead bullets. In turn, copper become an affordable and capable option.

As some state, region and even foreign governments move to either ban lead or encourage non-lead bullets to reduce lead contamination, concerns grow among hunters over the humane killing power of these new bullets. Whether solid or copper alloys, the terminal performance of lead free tips is only beginning to be studied in depth. One of the more thorough looks comes courtesy of Nathan Foster at Terminal Ballistics Research. His research raises concerns over copper bullets failing to expand and ultimately create large enough wound channels for quick lethality on larger game. With that in consideration, many hunters report excellent ballistic and fatal results on smaller-to-medium sized game from predators to hogs, antelope, and deer. 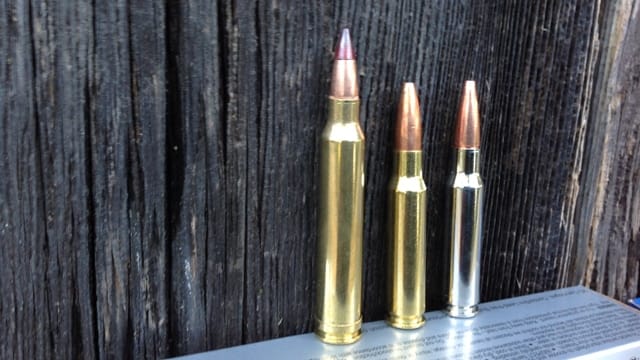 The copper or non-lead bullets are more environmentally friendly. But if that trade off comes at the expense of slow-dying or lost trophies. That’s not to say copper bullets are not lethal or capable, but rather the hunter must take in account game type, ranges, shot placement, and maybe even do some range testing prior to hunting. The nice thing is, no matter the decision, there are plenty of lead-free rifle bullets and ammunition on the market.

For re-loaders, Nosler, Barnes and Hornady offer excellent options is non-lead, copper bullets. Though there are many types of “green” ammo, we’re looking at three of the most popular and readily available copper-based hunting ammunitions on the market.

Winchester Deer Season Copper Impact XP: These are solid copper bullets with a red reinforced polymer tip.  Bullets are boattail with a hollow nose cavity.  Calibers and build specifically for deer: .243, .270, .308, .30-06, and .300 Win Mag.  They’re selling at your retailer from $25.99 to $31.99, making it only a dollar or two more expensive that its non-copper counterpart Deer Season.

Sig Sauer Elite Copper Hunting: Sig is relatively new to hunting ammunition, but they’ve already seen the rising need for copper.  Their Elite Copper Hunting rounds wear solid copper bullets on nickel-plated shells.  Price is steeper than the others, though, with an MSRP of $44.95.