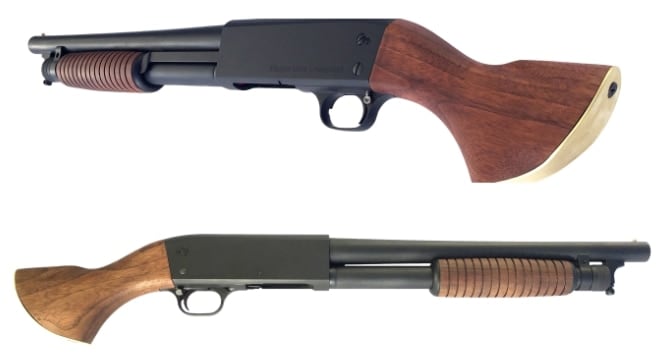 The Stakeout II is based on the Ithaca Model 37 but is not legally a shotgun (Photo: Ithaca)

One of the newest companies to join the “not a shotgun” pistol grip firearm market, Ithaca has their new model available in a choice of finishes and bore.

Offered in either 12 or 20 gauge, Ithaca says their new Stakeout II series is a Model 37 style action that pays tribute to the “classic trench guns of the past century.” At just 26.75-inches long overall, they feature 14-inch chrome moly barrels in a set-up pioneered by the popular Mossberg Shockwave and Remington TAC-14 in recent years.

While the company offers a copy of the ATF letter vouching that the Stakeout is NFA-compliant, it stresses that it can’t be shipped to Ohio, Massachusetts, New York, and California.

Outfitted with a black American walnut grip and ringtail forend, the gun is available in either a plain or what Ithaca bills as a “Patriotic” finish. The Ohio-based company showed off the Stakeout as well as a similar variant at SHOT Show in Las Vegas earlier this year but it is unclear if that variant is the Patriotic finish offered on the website. 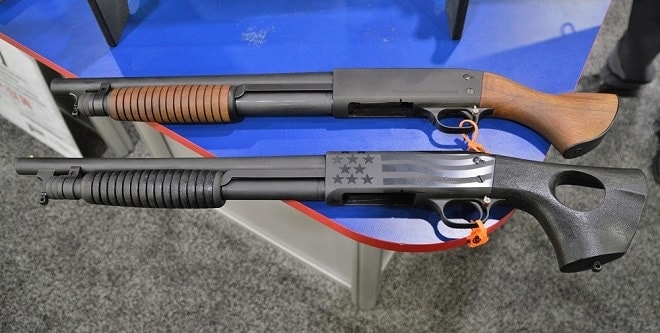 MSRP is between $749 and $849 depending on the variant, a good bit higher than its Remington and Mossberg competitors. 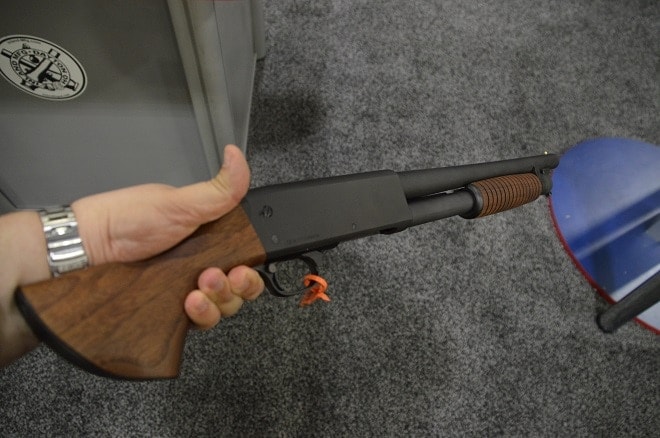