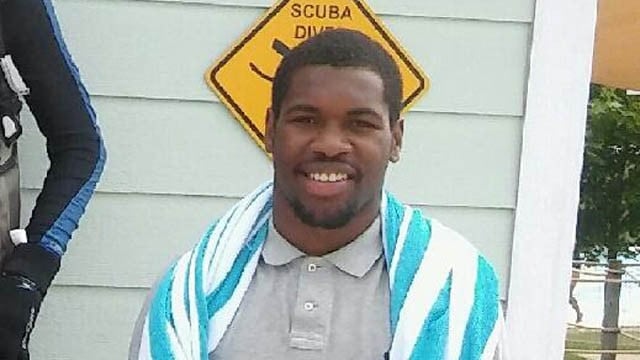 A Chicago cop shot and killed Paul O’Neal, 18, as he evaded capture for stealing a Jaguar in July 2016. (Photo: Courtesy of O’Neal family via CBS 2 Chicago)

Two police officers in Chicago may lose their jobs later this month after officials decide whether shooting at an unarmed teenaged car thief broke department policy.

Officers Michael Coughlin Jr. and Jose Torres will face the Chicago Police Board next week, more than two years after firing at 18-year-old Paul O’Neal as he evaded capture in the city’s South Shore neighborhood in a stolen Jaguar. Police Superintendent Eddie Johnson believes the two men acted inappropriately, according to a report from the Chicago Tribune.

Dash camera footage released a week after the July 2016 incident captured the officers firing nine rounds at the vehicle as it fled, crashing into two police SUVs. O’Neal then ditched the Jaguar after colliding head-on with Officer Jose Diaz’s squad car. A foot chase ensued through several backyards before Diaz shot the teen once in the back as he scaled a fence, killing him.

In a 62-page report released by the Independent Police Review Authority in January, officials recommended dismissal for Coughlin and Torres, citing department policy banning officers from firing at cars if it is the only weapon being used against them. The errant shots — and the potential for O’Neal to lose control of the Jaguar if struck — put responding officers and nearby civilians in danger, according to the report.

The IRPA report also criticized Diaz for kicking O’Neal as he lay wounded, face-down on the ground, noting no amount of “frustration” excused the behavior. Body camera recordings captured the moment Diaz complained of mandatory 30-day desk duty following the shooting — a comment the IRPA found distasteful and unprofessional. Disciplinary officials, however, recommended Diaz only serve six month suspension, noting evidence suggests the officer reasonably believed O’Neal was armed at the time of the incident.

The fates of Coughlin and Torres will be decided just weeks after a federal jury convicted fellow Chicago Police Officer Jason Van Dyke of second degree murder for the 2014 shooting death of Laquan McDonald. The case sparked angry protests over police brutality and internal and external reviews of the department’s training, procedures and disciplinary protocol.

A Department of Justice probe released in January 2017 detailed a “repeated pattern of excessive force … disproportionately affecting Chicago’s African American and Latino residents.” The report spawned a lawsuit filed by Illinois Attorney General Lisa Madigan against the department for its alleged decades-long history of racial bias, unjustified use of lethal force and “cover-up culture.”

Madigan wants a federal judge to approve a consent decree stripping away the department’s autonomy in favor of third-party oversight — a move Attorney General Jeff Sessions blasted in a brief filed in court last week.