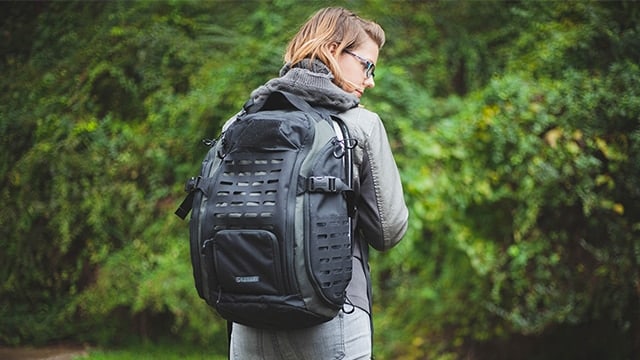 Tactically inspired gear comes easy to the folks at Blackhawk who regularly churn out tactical gear for the masses. The latest in its series of packs, the Stax series, showcases a MOLLE aesthetic mixed with some tactical organization.

The Stax series comes in two distinct models, the EDC Pack and 3-Day Pack. While both offer the same color choices – coyote tan, black and black/gray – as well as the same MOLLE attachment points and shelfed design the similarities end there. The smaller of the two packs, the Stax EDC Pack provides 1,400 cubic inches of internal space in its main compartment.

The main compartment isn’t like most tactically styled backpacks, which often feature negative space to fill with guns and gear. The Stax EDC pack forgoes just empty space, instead offering users the ability to organize their gear via a shelfed design. The shelf itself lays flat against the rear of the interior compartment, but easily folds up and into place when needed. It is secured by the hook and loop fabric lining the interior. 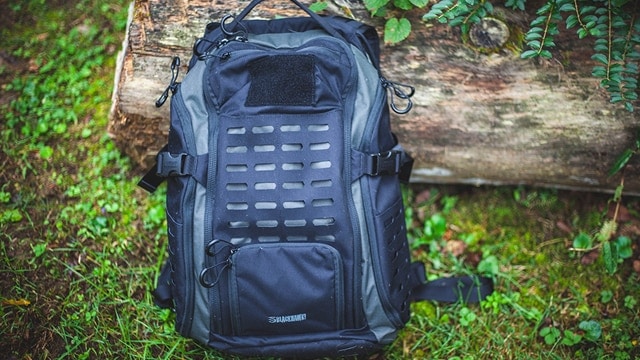 The Stax EDC is outfitted with MOLLE for accessory attachment as well as a hook and loop area for favored patches. (Photo: Jacki Billings/Guns.com)

Organization is further helped by the two interior mesh pockets as well as the two exterior pockets. Each exterior pocket is outfitted with organizational pockets of various sizes that can accommodate both small and medium sized accessories or gear.

Packing for the range

While a 5.11 Tactical backpack has been my got-to range bag for years, I have often lamented its lack of organization. Most often my gear nestled inside the 5.11 pack is just a jumble of chaos by the time I arrive to my local range. I’m certain I waste valuable range time rummaging through it looking for my stapler, targets, ammo and extra mags, so I was excited to see if the Stax EDC’s organization really made a difference in my range experience. 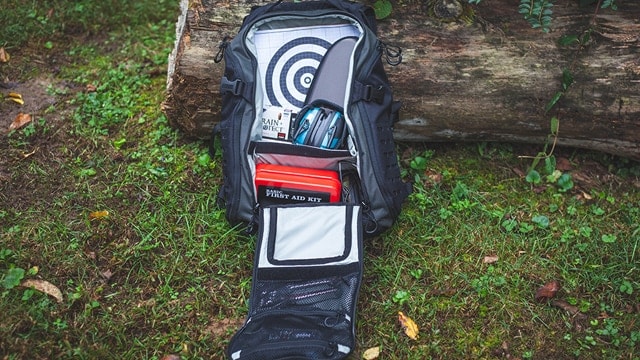 The author was able to organize her range day gear and accessories into a more efficient manner that was easier to manage. (Photo: Jacki Billings/Guns.com)

After receiving the black and gray version from Blackhawk, I quickly moved my range essentials over from the 5.11 pack to the Stax EDC Pack. Immediately, I was impressed by its internal shelf. Though it’s held in place by a thin strip hook and loop lining the interior of the bag, the shelf held strong against the gear I placed atop it. Holding several boxes of weighty ammo in addition to targets and a stapler, the shelf allowed me to prioritize my most used accessories at the top of the bag for easier access. Alternatively, I was able to use the bottom of the pack for less used items like my first aid kit and spare eyes and ears.

Though I rarely turn to the first aid kit for help, it is an essential component to my range gear and I do prefer to have it situated somewhere that is easily accessible. This is where the Stax EDC pack shines. A subtle feature, the port door — operated by zipper – grants users easy access to the bottom portion of the pack without requiring the pack to be completely unzipped and laid open. Instead, users can access the bottom contents of the pack through that port door. In my case, the port door was the best means to access my first aid kit and less used gear. 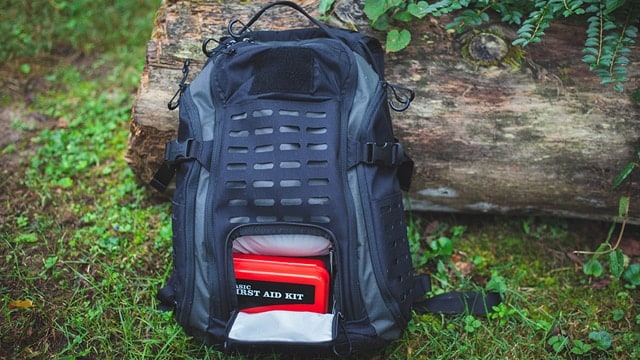 The port door grants instant access to gear located at the bottom of the pack. (Photo: Jacki Billings/Guns.com)

Though internally, the Stax EDC Pack serves up some organization the pack also delivers some external organization as well. Its exterior pockets, one on each side of the pack as well as small one on top, are the perfect place for extra mags, ear and eye protection, small notepads and pens, as well as other smaller accessories. The pockets are lined with fleece to protect valuables and feature smaller pouches to organize things like pens and magazines. I also found that the smaller pouches in the side pockets came in handy for temporarily storing loose ammo.

Once all my gear was loaded, I headed off the range. An outdoor set-up, I wanted to make sure the Black Stax EDC Pack was durable enough to handle the great outdoors. The Stax EDC held its own on the trek out to the range and managed to keep all my guns, gear and accessories neatly tucked away inside its walls. Though I did some walking from range stall to range stall, the contents of my bag didn’t shift out of place nor did it turn into a chaotic mess.

The result was a much more efficient range experience. With a place for everything and everything in its place, I was able to quickly grab specific contents from the pack without having to dig in a sea of open space. The result, I felt, was a more organized and orderly overall range encounter. 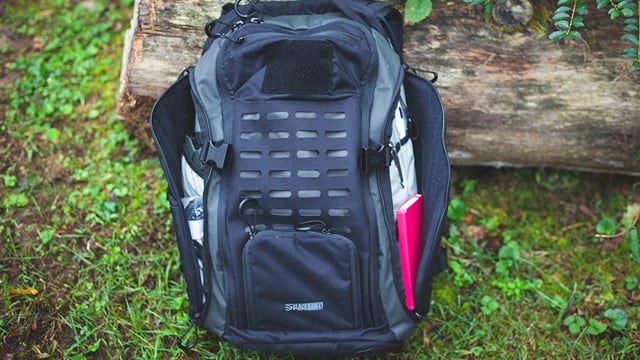 The exterior pockets can hold an array of smaller accessories. (Photo: Jacki Billings/Guns.com)

Though I was content with my range day adventures alongside the Blackhawk EDC Stax, it’s not without its faults – namely in the price category. The bag retails for nearly $140, placing it out of the reach for many range goers. While it is on par with the likes of 5.11 and the perks of internal storage space and MOLLE slot attachments are appealing, the price is a little steep for the average consumer looking for a simple range pack.

The Stax EDC Pack is the perfect pack for range goers looking to add a little organization into their range day routine. Offering organizational exterior pockets paired with a shelved design and plenty of hook-and-loop to hang accessories, the Stax EDC Pack grants users the ability to keep range essentials neat and tidy as well as easily accessible.