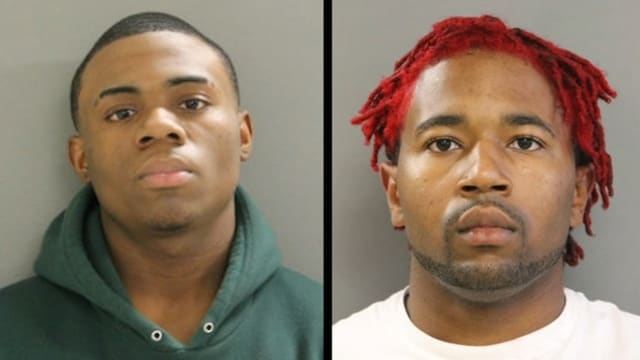 Roland Jackson and Taveyan Turnbo, both 18, face federal charges after stealing some 366 Ruger handguns from the shipping company Sept. 30. Surveillance cameras and employees witnessed the two men load three pallets — containing 44 .22-caliber and 322 .380-caliber pistols — into the back of a U-Haul before speeding off.

“Cargo theft from shipping facilities that interrupts and threatens interstate commerce must be dealt with swiftly and certainly,” said U.S. Attorney Michael Dunavant. “Cargo theft of hundreds of firearms is especially dangerous, and threatens the lives of countless citizens.”

The Bureau of Alcohol, Tobacco, Firearms and Explosives said tracking the guns taken during the heist — one of the largest its ever investigated — would prove trickier than a typical gun store burglary. The pallets, 16 in total, arrived in Memphis direct from Ruger’s North Carolina factory and were bound for Dallas the following day, according to a report from CBS News.

Just 12 hours after the guns disappeared, however, police some 500 miles away in the Chicago suburb of Midlothian responded to a call about suspicious activity in a store parking lot. There, officers encountered Jackson and Turnbo inside the U-Haul, though court documents state both men escaped questioning on foot and eluded capture for more than three hours.

Police recovered all but three of the stolen gun inside the U-Haul, according to court filings. Turnbo told investigators he and Jackson sold three of the handguns for about $400, though he denied participating in the Memphis heist.

“We are thankful that all of the stolen firearms were recovered due to the quick action and outstanding investigation by local and federal law enforcement, and we appreciate the coordination and partnership with the U.S. Attorney’s Office for the Northern District of Illinois in this disturbing case,” Dunavant said. “Interstate trafficking of stolen firearms will be met with aggressive prosecution in order to protect public safety.”

If convicted, both men face a mandatory minimum sentence of 10 years in prison, three years supervised release and a $250,000 fine, according to the Department of Justice.