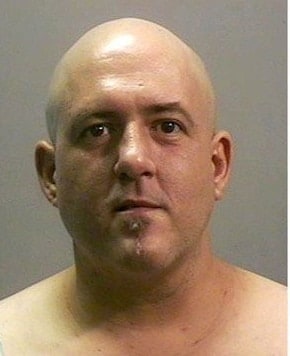 A New Orleans man admitted this week he shot at three men attempting to escape Hurricane Katrina because they were black, according to the Department of Justice.

Roland Bourgeois, Jr., 55, faces up to a decade in prison for wounding D.H., M.A. and C.C. as they approached a ferry landing in his neighborhood — a designated evacuation point for residents trapped after the category five storm devastated the city.

“Upholding the civil rights of our citizens is one of the most important duties of the DOJ.  This plea demonstrates the resolve of law enforcement to hold individuals responsible for their actions, despite the passage of time,” U.S. Attorney Peter G. Strasser said Thursday. “Hopefully this plea brings some measure of finality to those affected by this crime and to this city that endured so much in the days following Hurricane Katrina.”

According to court documents, Bourgeois and other white men living in the Algiers Point community banded together to barricade the area from other residents “darker than a brown paper bag.” During one of the armed patrols on Sept. 1, 2005, Bourgeois fired a shotgun at the three men who crossed into the neighborhood, wounding them.

“This guilty plea demonstrates the Justice Department’s continued commitment over time to holding perpetrators of hate crimes accountable for their actions,” said Acting Assistant Attorney General John Gore. “All Americans have the right to be free from violence or physical harm, regardless of their race.”

“Even though these crimes and Hurricane Katrina occurred over 13 years ago, the FBI does not forget,”  said FBI Special Agent in Charge Eric J. Rommal. “Today’s guilty plea is proof that the arms of justice are long and we will continue to seek out those who violate and deprive others of their civil rights.”