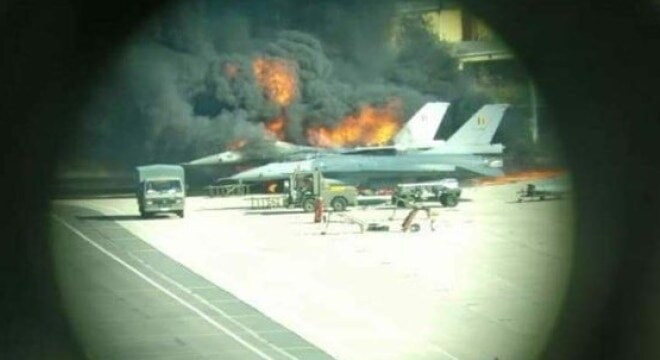 A Belgian Air Force F-16 was destroyed on the ground and another damaged last week in an accident involving a 20mm cannon and a maintenance guy.

The Belgian Defence Ministry confirmed that on the afternoon of Oct. 11 a fire occurred during maintenance work on an F-16 Florennes air base just south of Brussels resulting in the loss of a plane. A second suffered “collateral damage.”

As reported by Avio News, at a resulting press conference the base commander told local media that an investigation was underway “to understand how it was possible that inadvertently a technician probably fired with the M61 Vulcan rotary cannon installed on the F-16,” which resulted in the two aircraft being riddled with 20mm fire. One, fueled and ready for a training flight, was destroyed.

Belgian photographer Tony Delvita captured images of the event which he shared on social media. 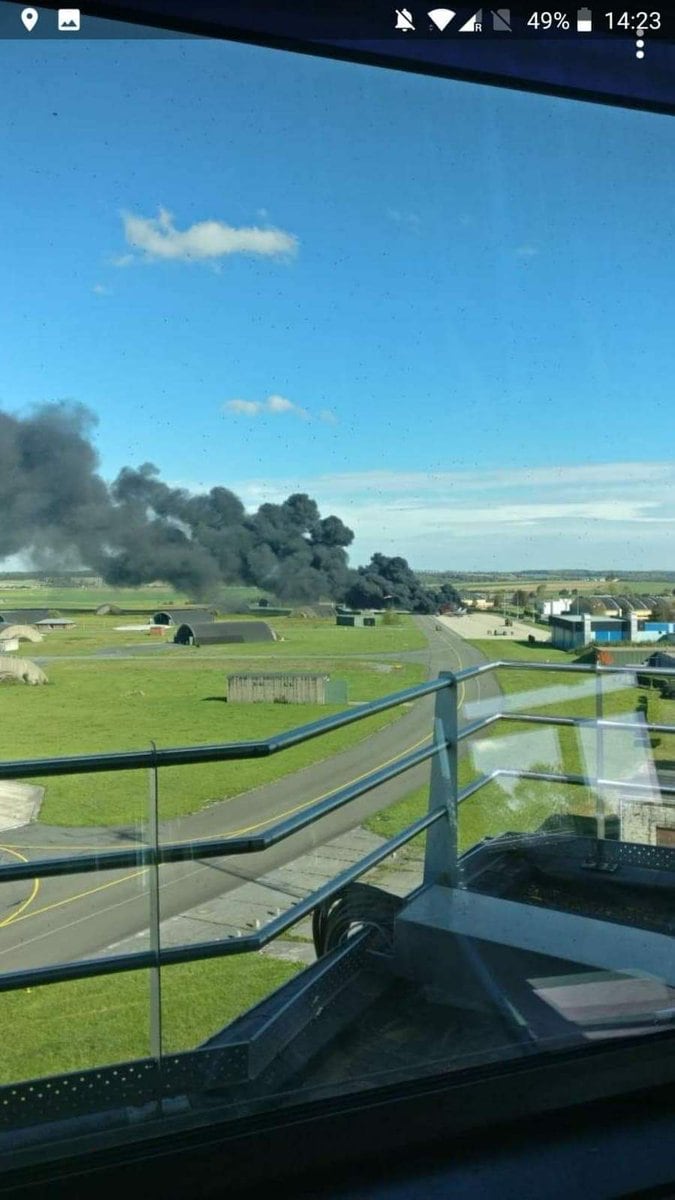 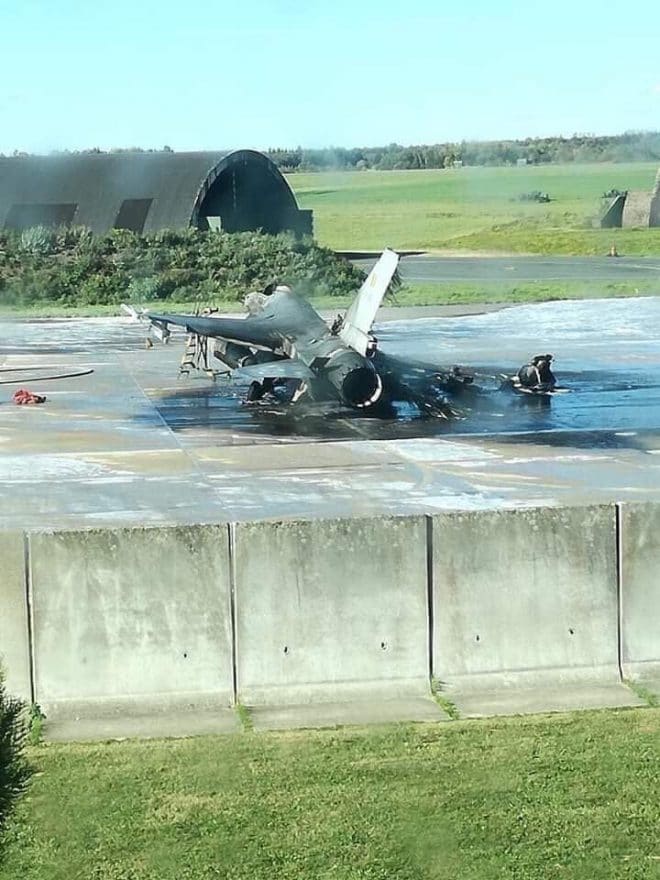 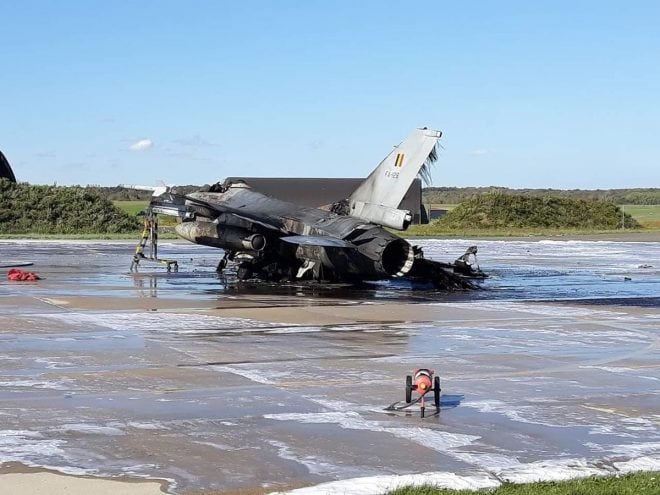 Aviation 24.be, a Belgian flight website, reported that two technicians were injured in the explosion.

According to Flight Global, the Belgian Air Force currently has some 53 early model F-16A/Bs in inventory remaining from a batch of 160 purchased in the 1980s. In recent years they have conducted deployments to Libya and Afghanistan. A competition is currently underway to replace the aging fighters.

Here is a video of Belgian F-16s in better days, flown by pilots from the 2nd Tactical Wing at Florennes while on a NATO mission safeguarding the airspace over Estonia, Lithuania, Latvia.