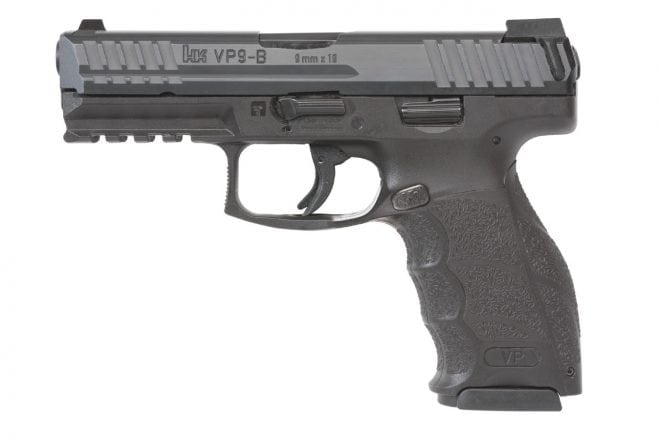 After over a year of rumors and weeks of leaks, the new and paddle-free Heckler & Koch VP9-B model pistol has been confirmed.

Some 18 months ago HK teased a number of new VP9 handgun variants to include options for a push-button magazine release over the standard European-style paddle release lever. While HK message boards have been rife with leaks about the pending VP9-B (button?) model all month, the version hasn’t appeared on the company’s website. However, on Friday, HK made it official.

“The new push-button style mag release option from HK means the VP doesn’t just fit your hand, it fits your shooting style as well,” said the company in a press release on Friday.

Priced at $719, retail, the new model is still a striker-fired polymer framed 9mm that accepts existing VP9 magazines. It features a 4.09-inch barrel with polygonal rifling, weighs in at 26.5-ounces and, of course, has a U.S.-style push-button magazine release.

While not fully ambi, the release is reversable.

HK does make clear that, while both the new push-button and legacy paddle-style models are available, the two models are not convertible.

Overall length is 7.34-inches and the slide is topped with non-radioactive luminous three-dot sights as a factory standard.

Made at HK’s Oberndorf factory in Germany, the gun has a lifetime warranty and ships with a pair of 15-round magazines. 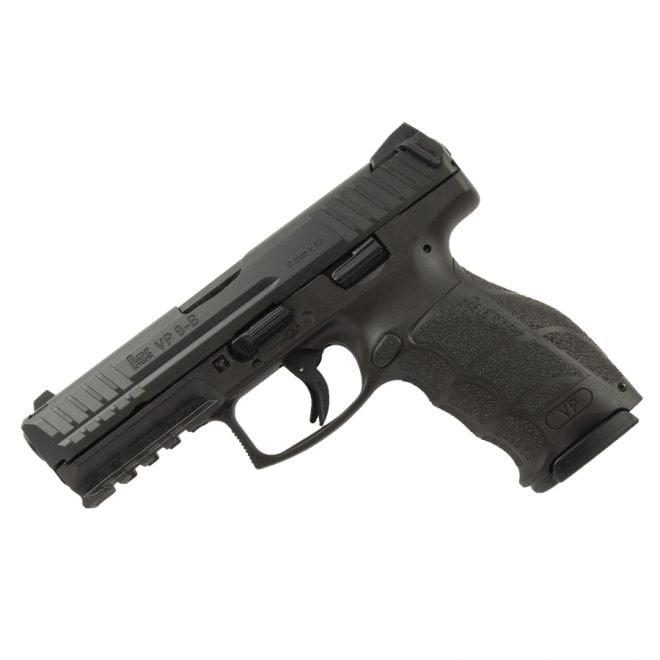