300 PRC: From Hornady’s labs to the consumer market 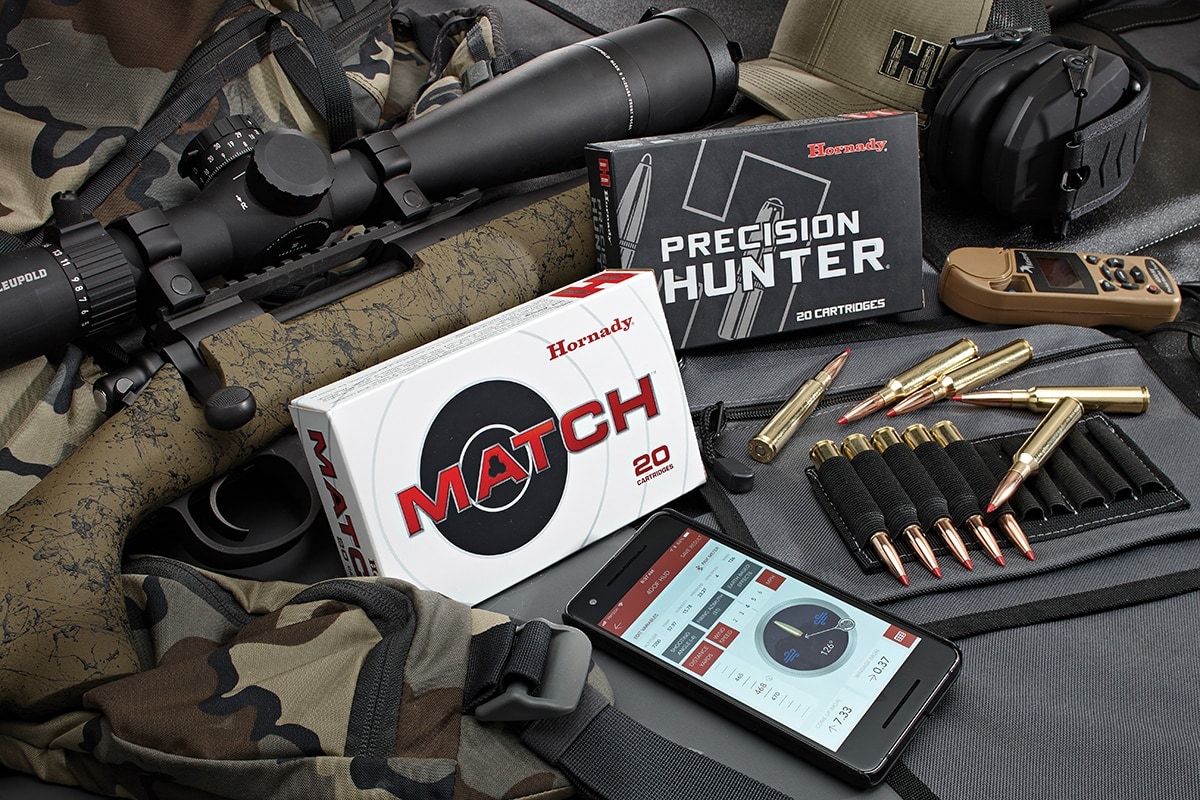 Hornady stealthily worked on the 300 PRC round before suddenly unveiling it mid-2018. (Photo: Hornady)

The 300 PRC quietly slipped onto the scene alongside its 6,5 PRC sibling in 2018, a product of ammo maker Hornady’s engineering team.

Though it appeared mid-year, already the round is developing a following with several gun makers jumping on board to provide rifles chambered in Hornady’s newest round. What exactly is the 300 PRC and why is it poised to make a splash in the precision shooting community?

The round was crafted to accommodate long, heavy caliber bullets while still maintaining accuracy and delivering a high-quality performance out in the field and on the range. Using a .375 Ruger Compact Magnum cartridge case as its basis, the 300 PRC features a non-belted design with a standard .532-inch magnum bolt face.

The cartridge case headspaces off the 30-degree shoulder and in total offers a length of 3.7-inches. Overall, the 300 PRC’s construction allows for a better chamber alignment — better than standard belted magnum cartridges, according to Hornady — while improving stacking and feeding from magazines. The 300 PRC’s 2.58-inch case delivers a capacity capable of handling 75 to 80-grains of powder, all needed to force the larger .30-caliber bullets out of the barrel at a high-velocity. The result? The magnum round can take on larger game at longer distances. 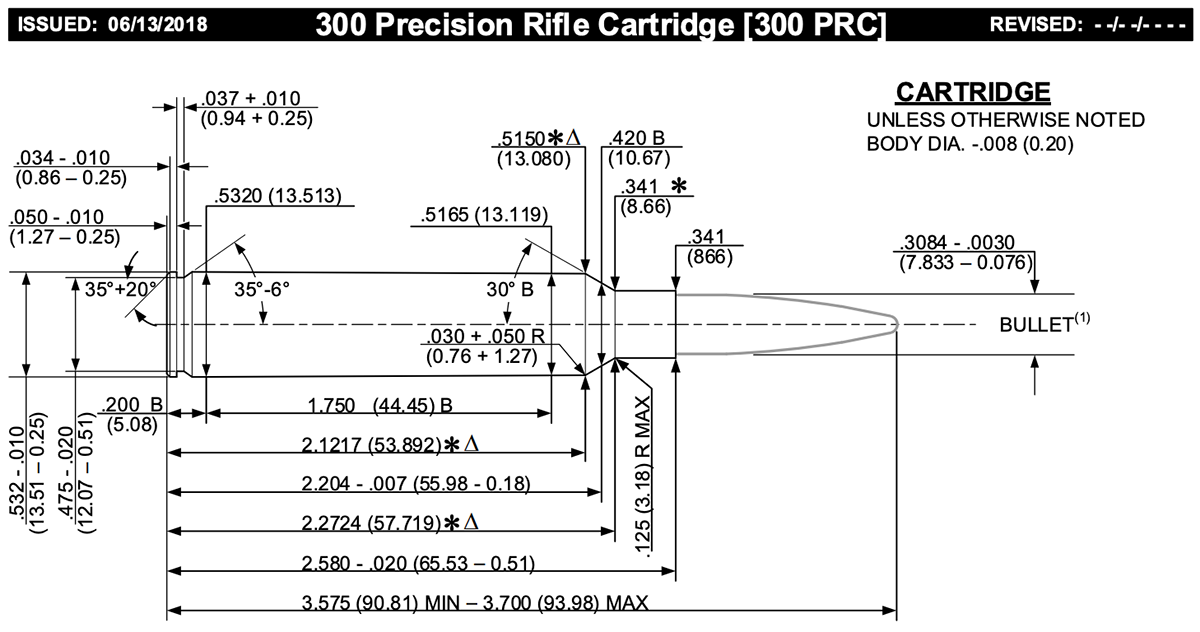 The 300 PRC specs suggest it is capable of long range shooting. (Photo: SAAMI)

While some have asked whether the gun world needs another long range round, especially when .308 Win and the Creedmoors have dominated the existing market, the ballistics team at Hornady says another having another heavy hitting round doesn’t hurt.

“We needed it,” Jayden Quinlan, ballistician at Hornady told American Hunter at a pre-release field test in September 2018. “Ammo guys build ammo to spec. They build ammo based on fit in existing actions. This creates a limited design cycle. So we thought, ‘This is not working. Let’s do what we want. Let’s do what we need.’”

SAAMI-approved in August 2018, the 300 PRC looks to offer target and match shooters more options without sacrificing accuracy potential. SAAMI Executive Director Rick Patterson said that the 300 PRC and its sibling the 6.5 PRC deserved SAAMI’s stamp of approval based off the rounds’ ability to meet shooters’ needs.

“SAAMI member companies are the leaders of firearm and ammunition development and innovation,” said Patterson in a press release. “Both the 6.5 and 300 PRC cartridges seek to meet the demand for increased accuracy in today’s trending sport of long-range shooting, and we are pleased to add these new cartridges to our SAAMI Standards.”

Despite a positive outlook, the 300 PRC is still new which means there’s no solid way to tell whether it will become the next big thing; but early range reports suggest that the .300 PRC may achieve exactly what it was created to do — to provide magnum caliber cartridge fans a new and possibly better way to elevate long range precision shooting.