2019 Mammoth Sniper Challenge to be held at Ft. Gordon 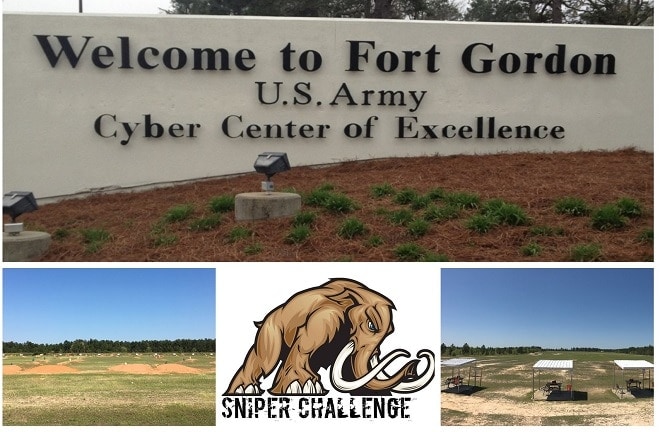 The 5th annual Mammoth Sniper Challenge is going to be on an active-duty Army base next year and will be open to both military and civilian competitors willing to bring their A-game. (Photo: Mammoth Challenge)

The next installment of the epic long-range endurance challenge that combines days of rucking with competition shooting is coming to the Fort Gordon, Georgia.

Announced this week, the 2019 Mammoth Sniper Challenge is billed as “the first team sniper competition open to both military members and civilians held on an active military installation.”

The challenge, which dates back to 2014, pits two-person teams in a grueling series of shoots held on both natural terrain and inside man-made structures. Three team styles — Tough Man, Regular and Open — will be offered, varying in the physicality of the event.

Tough Man teams will have to stay in the field throughout the three-day challenge, carrying everything they need with them over the course of 30+ miles at a minimum pace of 16 minutes per mile while on the move.

Regular teams will still have to ruck the same distance but will be allowed downtime to stay offsite each night while Open teams will be either allowed to drive or be shuttled to each firing stage. Range 1 through Range 14 on the 56,000-acre base will be utilized for the challenge, which is set for Jan. 3-6, 2019.

More details, including minimum requirements for primary and secondary weapons and handguns and allowable equipment, can be found at the Mammoth Challenge site.