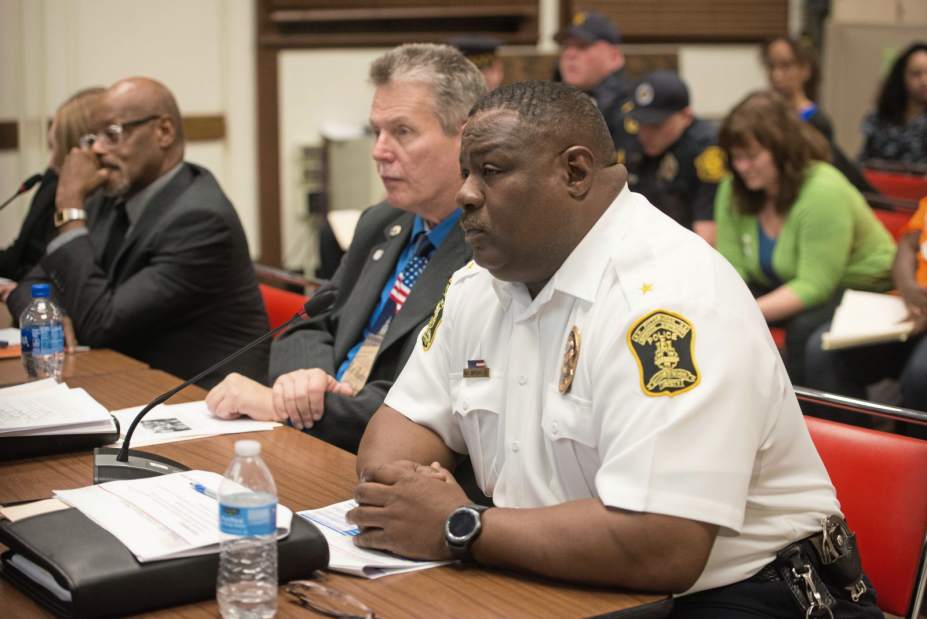 School district officials in Pittsburgh will vote this week on a proposed policy change arming its police officers.

“We live it. We don’t talk about it,” he said during an Oct. 1 board meeting over the proposal. “But there’s going to come a time when we’ll need to reach for our hip to maintain the safety of these kids. Because everyone can sit around and say right now, ‘School police doesn’t need guns.’ But when it happens, it’s going to be, why didn’t they have those guns? And it’s not to kill kids. It has nothing to do with killing our babies. It’s about saving our babies.”

“I think a lot of students will be upset by it,” he told the newspaper. “They will feel threatened.”

Harold Jordan, a senior policy advocate for the American Civil Liberties Union of Pennsylvania based in Philadelphia, also criticized the policy’s negative perception among students, particularly those of color. His organization currently collaborates with districts to examine student-police interactions and determine whether law enforcement intervention was even necessary.

“What’s happening in a lot of school districts around the state and around the country is that there is a recognition that students of color, in particular African-American students and students with disabilities, are having much more contact with police,” he said. “That’s the conversation that’s going on. Not how you can add more weapons to schools as a solution to that. That’s what’s disturbing to me about this proposal.”

Kim Stolfer, president of Firearm Owners Against Crime, supported the policy, citing the Parkland massacre in February and a 2014 stabbing at Franklin Regional High School — located just 20 miles west of the city — as two incidents better resolved if armed resource officers had intervened.

“I encourage you and implore you, please understand that the officers’ lives are important, as are the rest of the children that they protect,” he said. “And failing to do that could be a public relations disaster if something like Parkland happens here.”

The Pittsburgh Public School Board will vote on the proposal Wednesday, according to agenda documents.