Comic book featuring first appearance of the Punisher up for auction 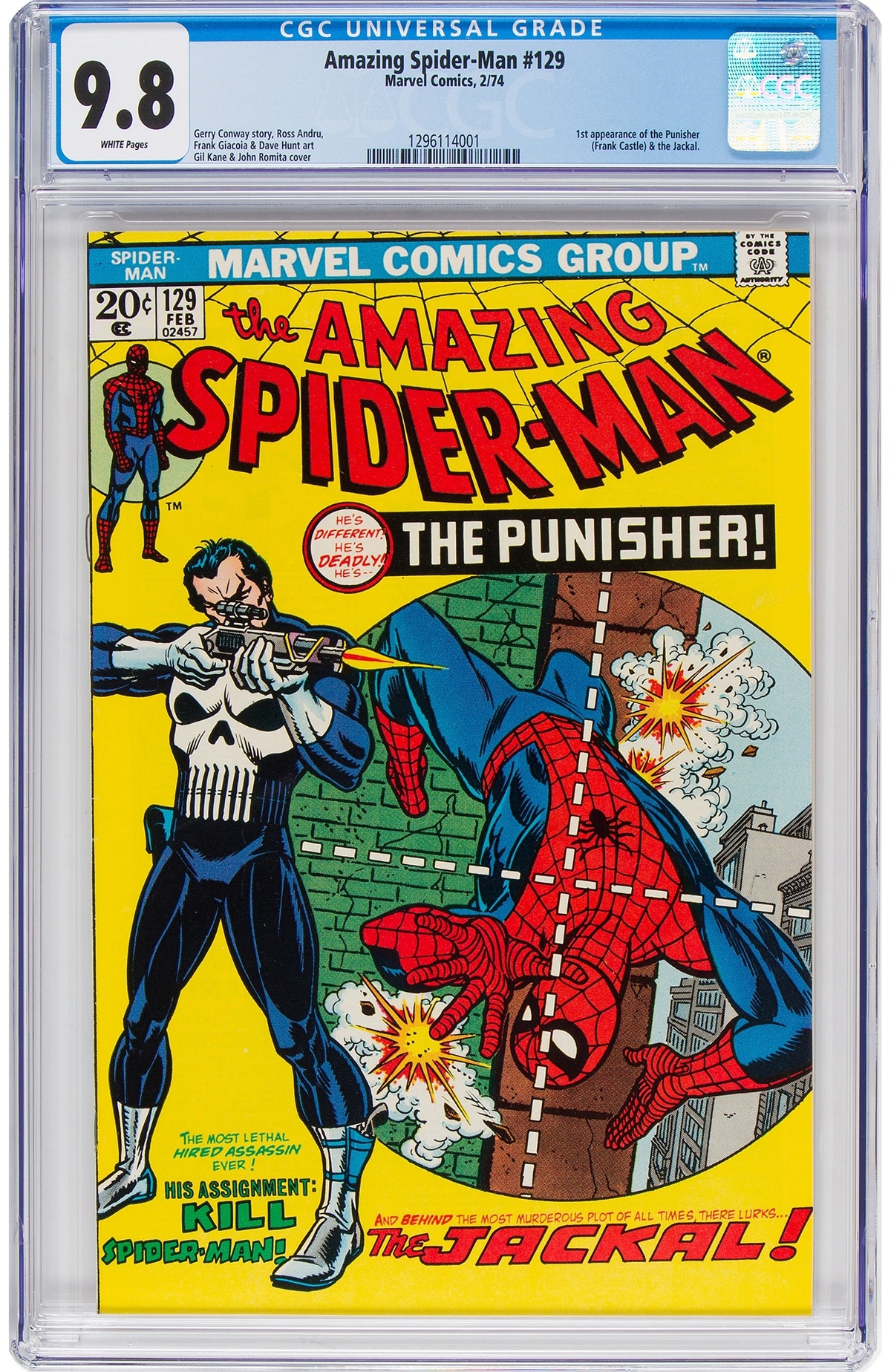 The issue introduces the Punisher, a vigilante who is hired to kill Spider-Man. (Photo: Heritage Auctions)

The Amazing Spider-Man #129, featuring the very first appearance of the Punisher character is up for auction through Heritage Auctions.

The comic, published in February 1974 by Marvel debuts the “merciless vigilante” Frank Castle — otherwise known as the Punisher. Within its 19-pages, issue 129 introduces the Marvel universe to the vigilante who is hired by Jackal, also making his debut appearance, to dispose of Spider-Man. A popular figure in the gun industry for his anti-hero vibe, the Punisher is a character created by writer Gerry Conway and drawn by artists John Romita Sr. and Ross Andru.

The issue, considered a milestone comic by many Marvel fans, has been increasingly sought after by comic book collectors. The Amazing Spider-Man #129 is currently tied for the eighth spot on Overstreet’s Top 25 Bronze Age Comics list.

“Demand for this book is only increasing with the passage of time,” Heritage Auctions said on the listing.