Hanging out with a guy that owns a cannon (PHOTOS) 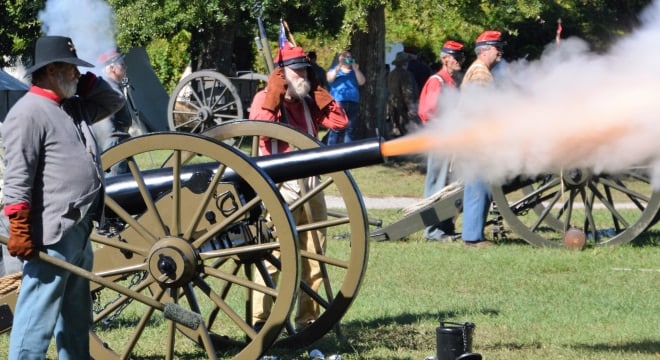 While capable of using up to a full pound of powder, the typical load for making a salute is half that. (Photos: Chris Eger/Guns.com)

“You heard of that white powder people get addicted to? This black powder is way worse,” said John Parker, who has shot his replica 3-inch Ordnance Rifle over 300 times since he picked it up last year.

Guns.com ran into Parker, a resident of Ellisville, Mississippi, while in Biloxi for the 32nd Annual Fall Muster at Beauvoir last week and he talked to us about his collection of working black powder field pieces. While Parker has owned a “small” M1841 Mountain Howitzer for several years– with a 200-pound barrel– his latest gun is a modern take on the classic 3-inch rifle used to great effect during the Civil War.

The “Yankee Three-inch” or “Griffen Gun” was the moniker applied to inventor John Griffen’s 10-pounder Ordnance Rifle manufactured at the Phoenix Iron Company in Phoenixville, Pennsylvania during the 1860s. 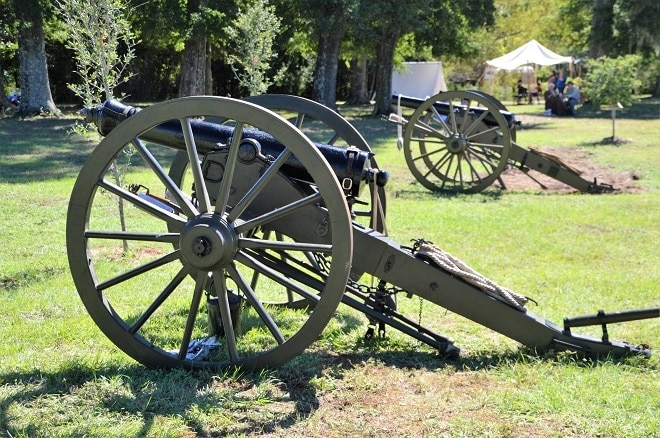 The gun and carriage weigh some 1,720 pounds and were typically pulled by a team of horses once fixed to a caisson.

Capable of firing a 10-pound shell over a charge pound of black powder, hence the name, the rifled artillery piece had a tube that weighed just 800 pounds, which sounds like a lot but was lighter than guns of comparable size, and without the propensity to blow up suddenly due to funky metallurgy. 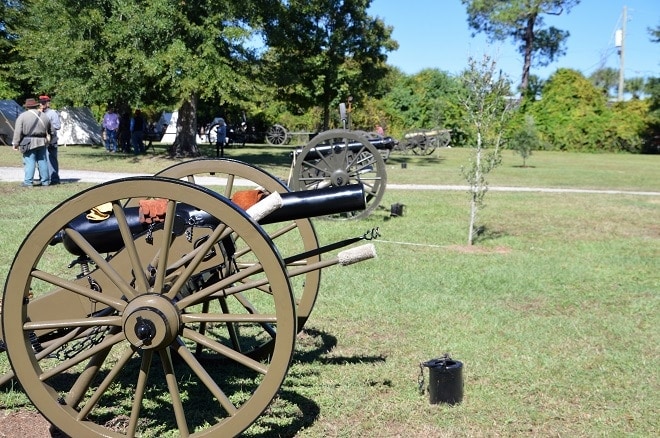 Further, it was very accurate and reliable, capable of making shots out to 4,000 yards. About 1,000 were made during the war and, while the Confederates captured several, they also made their own version at Tredegar Iron Works in Richmond. 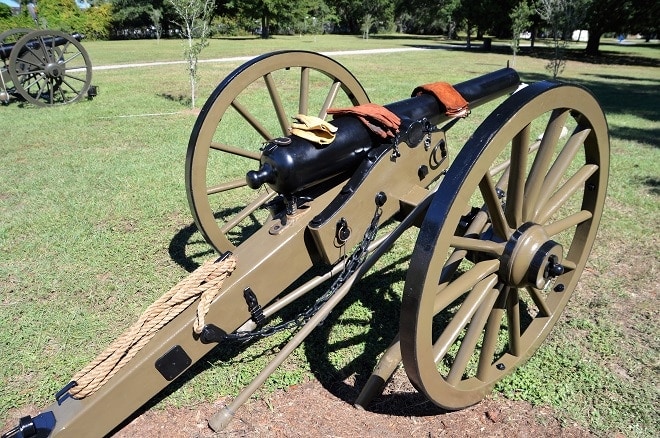 The screw under the breech controls elevation. A 5-degree elevation will allow for 2,000-yard shots.

Parker’s gun, unlike the original made of wrought iron, was fabricated from solid steel by Tennessee-based Trail Rock Ordnance who has made over 700 guns for collectors and enthusiasts over the years. The cost of the gun, including the wheels, field carriage, equipment, and ammunition chest, ran him around $15,000, making the prospect of picking up one of these a fairly expensive hobby for some, one comparable to owning or collecting classic cars. Still, when you consider that period guns cost about three times as much, that price is a deal. 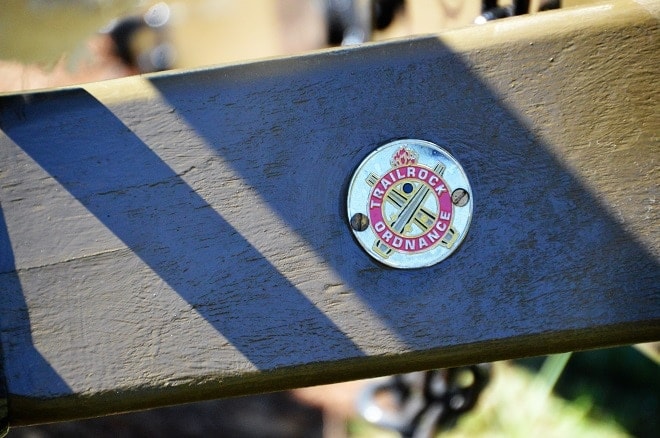 But classic cars won’t swallow a pound of black powder and crank out a shell that weighs as much as a nice holiday ham.

Parker has blasted his 3-incher about 300 times in the past year, mostly in practice or at public events with his all-volunteer crew of period reenactors, “Bonner’s Battery,” a tight-knit group that buys their own uniforms and meticulously trains in the same correct cannon drill used in the Civil War. The former for authenticity, the latter for safety, as these guns can be dangerous. 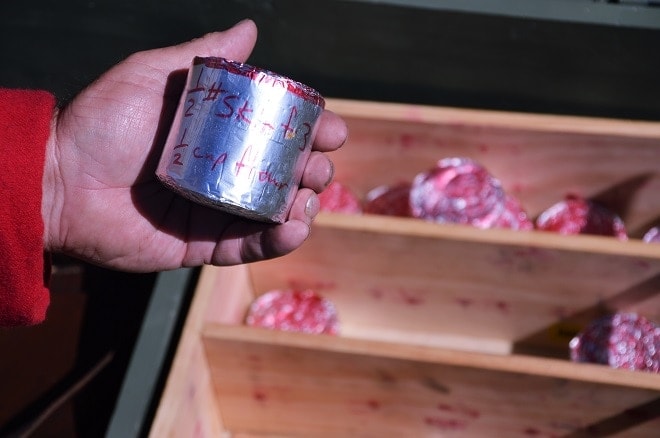 The typical charge used to make a crowd-pleasing bang and puff of smoke at an event is a half-pound charge of FFF black powder coupled with a half-cup of all-purpose flour, wrapped in an aluminum foil cake.

Parker says the use of foil is widespread across the world of recreational muzzleloading cannoneers, rather than more authentic cloth bags, as the latter would often leave slow-burning embers inside a gun’s bore that could lead to unplanned detonations in rapid reloading, which is generally a bad thing for all involved. 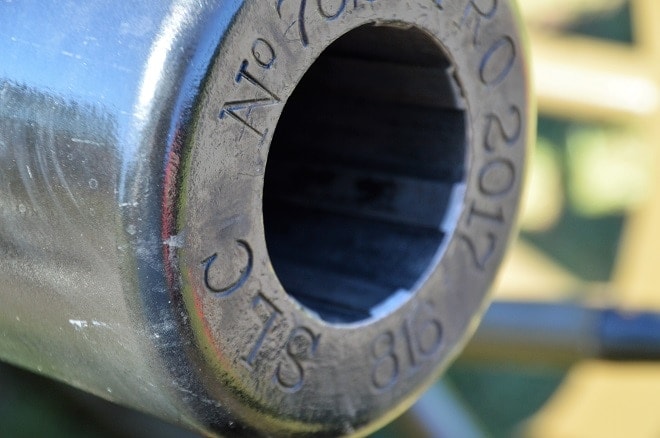 The gun has deep rifling, and during the war would fire 10-pound bolts, 8 to 9-pound Hotchkiss or Schenkel shells. 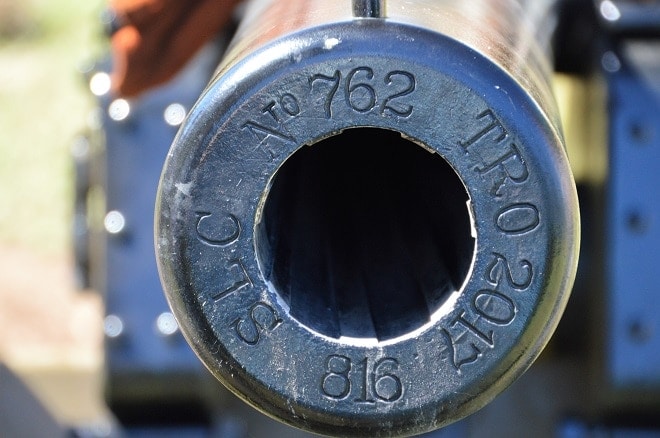 The muzzle of Parker’s gun is marked similar to an original. The “TRO” stands for Trail Rock Ordnance, while “762” is the gun’s tube number in the order made by the factory, “816” is the weight of the tube, “SLC” are the initials for Steve Cameron– Trail Rock’s owner– and 2017 is the date of production. 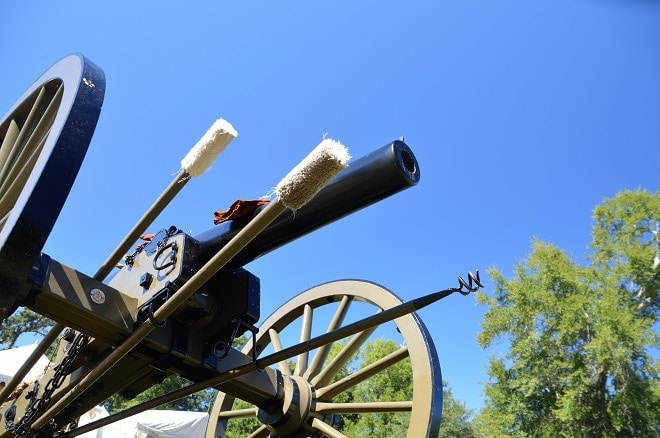 The cannon implements include a worm, to remove debris from the rifling, a wet sponge to swab the barrel, and a dry sponge with ramrod head on the opposite, end to push the charge and shell from the muzzle to the chamber. At the breech, a vent pick pierces the charge for firing. 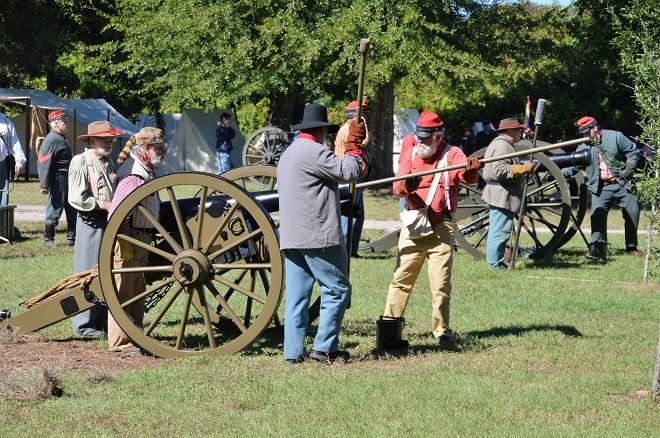 Swab the bore. Note the water bucket on the ground in front of the muzzle 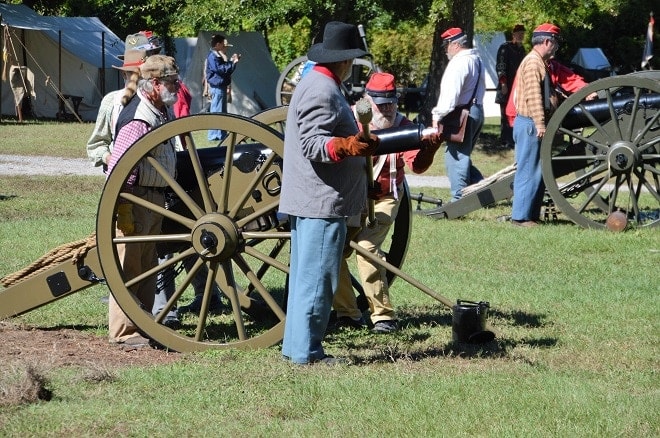 Insert the charge at the muzzle. If it were firing a live round, a shell would follow it 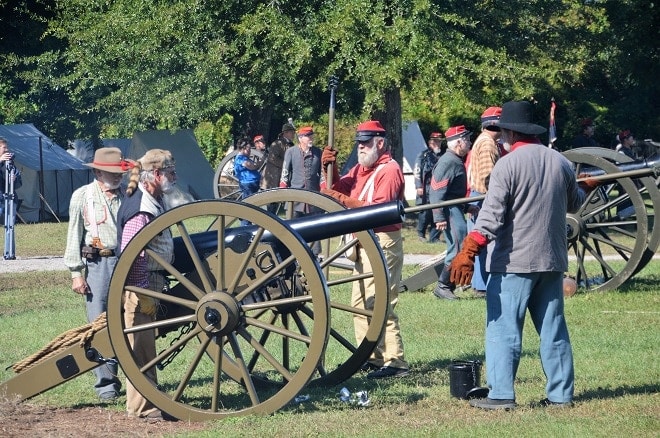 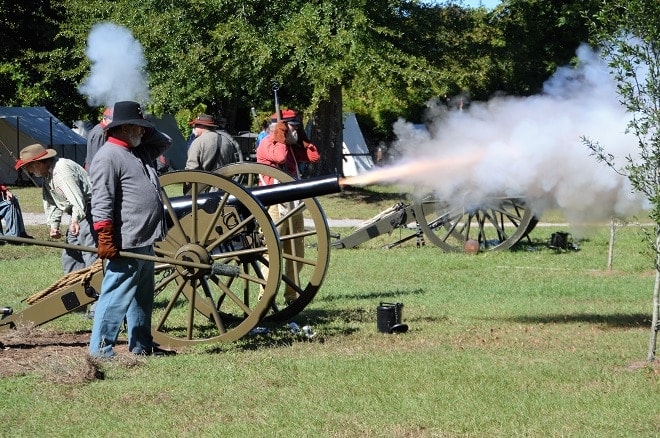 Pierce the charge, prime it and fire 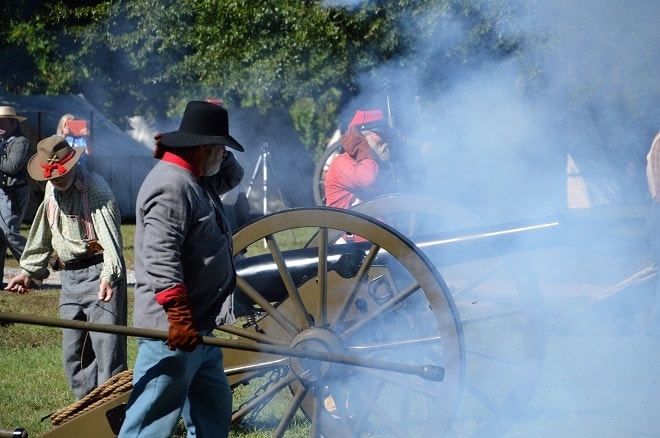 It gets pretty cloudy, pretty fast 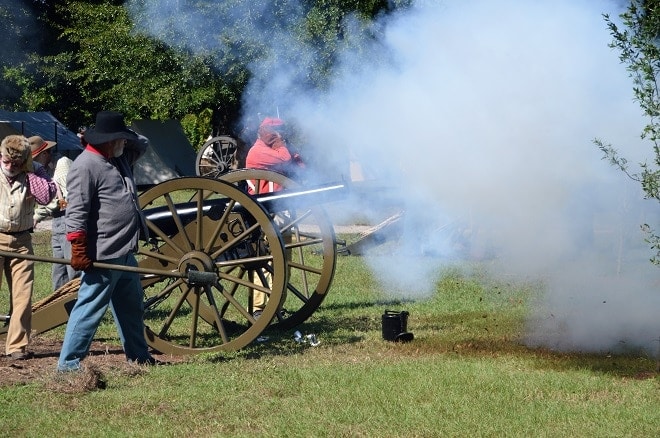 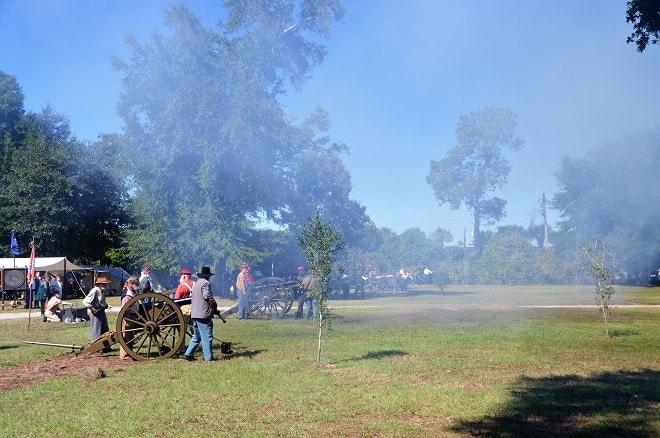 Especially with a full battery 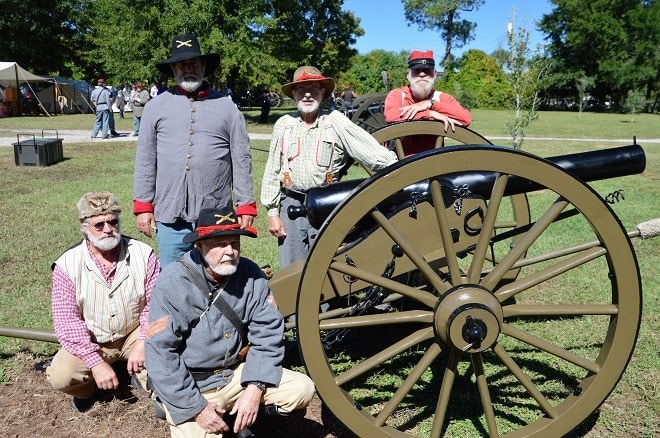 Parker, standing left, and his gun crew has been doing reenacting of all sorts for decades.

Fundamentally, whenever visiting a historical event and find yourself looking for Parker or other artillery reenactors, just listen for the sound of the guns.