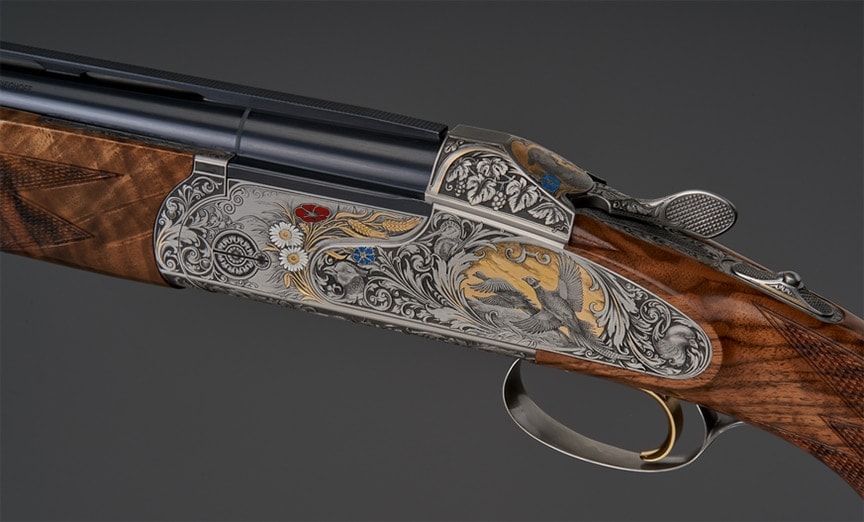 Krieghoff International celebrates the end of summer with a new competition shotgun, the K-80/S “Summers End.”

The K-80/S builds upon the company’s K-80 platform, kicking the design up a notch with elaborate engravings spanning the receiver. Kreighoff International commissioned Master Engraver Hendrik Frühauf to engrave the first K-80/S shotgun. The shotgun sports wild flowers and wheat in full enamel and gold. The receiver is further adorned with pheasant’s, quail and woodcock as is the top latch and trigger guard. Reverse gold adds a glow to the K-80/S, reminiscent of the last days of summer.

Configured as a 32-inch Parcours and with a custom stock configured for each owner, Krieghoff International says the K-80/S captures elegance and modernism all in one gun. 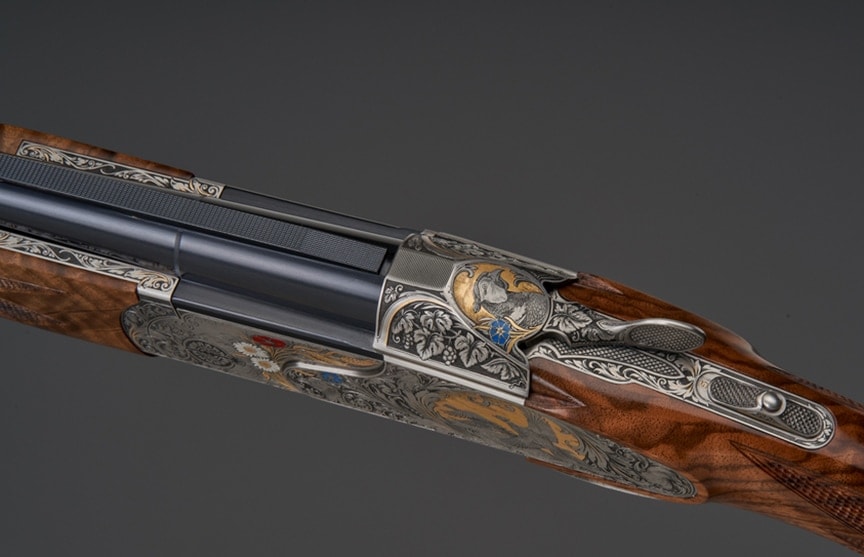 The K-80/S shotgun’s look is meant to represent the end of summer. (Photo: Krieghoff International)

“The combined efforts of our gunmakers and engineers resulted in the K-80/S with a whole new look and feel,” Dieter Krieghoff said in a press release. “Inspired by the wonderful creations we have seen from our engravers over the years, we could only imagine what they would do with even more ‘canvas’ of added graceful sideplates.”

Krieghoff added, “Master engraver Hendrik Frühauf was commissioned to give the gun its final touch giving him free reign of creativity. He surprised us with a truly unique master piece worthy of the first K-80/S.”

Interested gun owners and collectors can contact a Krieghoff International dealer to place an order for the shotgun. Though no price has been listed for the K-80/S, base pricing on its predecessor the K-80 starts at $11,295.