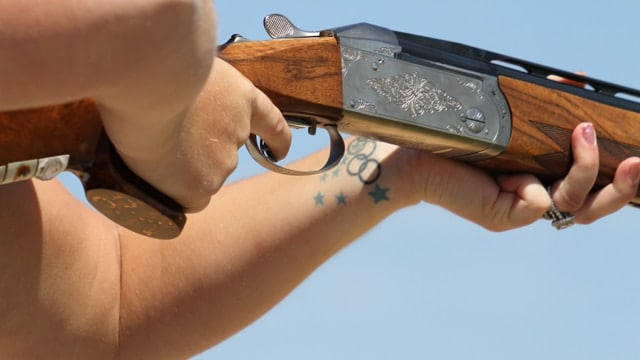 USA Shooting said Scott Williams, David Meltzer, Rick Marsh and Chad Whittenburg will replace four departing members elected from a group of nominees in 2016. Marsh and Meltzer will replace Board Chairman Jeff Price and Independent Director Kristen Raskopf for the remainder of their two-year terms, set to expire in December.

Williams and Whittenburg will take over four-year terms for board Vice Chair Paul Boyer and Member Club Representative Lisa Kelley, set to expire in 2020. The USA Shooting board will elect new officers at its first meeting next year.

“USA Shooting and myself personally are so thankful to Jeff, Kristen, Paul and Lisa for their dedicated service in their roles on our Board of Directors,” said USA Shooting Chief Executive Officer Keith Enlow. “Board service is a tough volunteer role and they each brought passion, dedication and grace to the position and I cannot thank them enough for their hard work.”

The board shake-up comes two years after USA Shooting implemented governance reforms amid complaints from athletes over its lack of operational transparency. New rules whittled the board down from 15 members to 10 and removed any direct employees of USA Shooting from serving in a voting role.

The U.S. Olympic Committee — which oversees all participating sports teams — came under fire last year after Keith Sanderson, an Olympic pistol shooter, complained to a Colorado Springs television station about its monopoly over athlete’s careers.

“There’s no competition there,” he said, noting the organization’s large shadow casts fears of retribution onto athletes who consider speaking out about abuse and mistreatment. “They have a total monopoly on who the Olympians are.”

Sanderson told NPR just weeks after the February 2017 interview, officials revoked his access to the Olympic training center and posted flyers of his face across the facility “describing him as a danger to the community.”

His suspension lasted a full two weeks, though USA Shooting insisted his comments “had nothing to do with” the incident, instead citing other code of conduct allegations “to be worked out in mediation.”

Other Olympic athletes have since spoken up about retaliation from USOC, including Steve Sexton, a former member of the national triathlon team and athlete director of USA Triathlon. Sexton penned an editorial in the Wall Street Journal just weeks after Sanderson’s ordeal, saying he too face retribution for lobbying Congress over “needed” USOC reforms.

“Were Mr. Sanderson in a different line of work, he could take his talents to another employer. But the only path to an Olympic berth for American citizens — short of defecting to another country — runs through the USOC,” he said. “The USOC is a monopsonist employer of Olympic athletes. For most, it is the only buyer of their talents.”