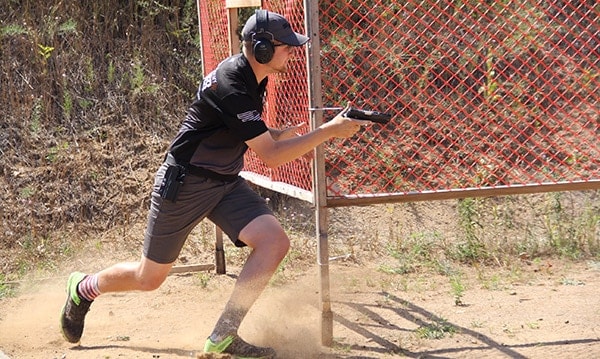 Sig Sauer Academy announced the recent addition of Movement Skills for the Competitive Shooter to its course load for November 2018.

The course is geared towards competitive shooters or those interested in competitive shooting. The course aims to help shooters better their match standings with more efficient movements on the field. Taught by instructor Mason Lane, students will have the opportunity to the basic principles and mechanics of footwork, position entry and exit as well as match management.

Students will shoot approximately 500 rounds during the entirety of the course and are required to have a pistol with holster, three to five magazines with carriers, a sturdy belt and appropriate attire and safety gear such as ear and eye protection.

Lane is a nationally ranked competitive shooter in USPSA and IDPA. He placed sixth among 250 competitors at the USPSA Nationals in the Production Division held in Florida.

The Movement Skills for the Competitive Shooter course is on the schedule for Nov. 18 at Sig Sauer Academy in New Hampshire. The competitive shooting class has four total slots open with a course cost of $250. Tuition does include the free loan of guns, gear and safety gear. Interested gun owners can register for the course online through Sig Sauer Academy.