Featuring a complete slide and barrel, the same one used in the Grey Man handgun, the newest uppers are decked out in the company’s Battlecam Cerakote finish. Offered in Urban and Black, the BattleCam Cerakote present a unique camouflage pattern that offers a pop of color against the gun’s frame.

Each upper boasts an AlphaWolf Slide as well as an AlphaWolf barrel flush cut to protect the muzzle crown, according to Lone Wolf. The uppers also ship with a tungsten guide rod assembly, lightweight firing pin kit and Lone Wolf internal slide components. Topping off the Battlecam Upper series is the Ameriglo night sight system.

The company added that the slides look great atop factory Glock 19 pistols, allowing the guns to cycle and function as normal but offering that elevated look without the need for an entirely new pistol.

“Our Grey Man pistol has been a huge hit, receiving media coverage all over the internet,” Lone Wolf said in a news release. “But not everyone wants to buy a full gun. Maybe they’ve already got a frame sitting around and just need a top end. Well the Grey Man has you covered with the new BattleCam Grey Man uppers.”

The BattleCam Grey Man Slides are available through Lone Wolf Distributors with a MSRP of $699. 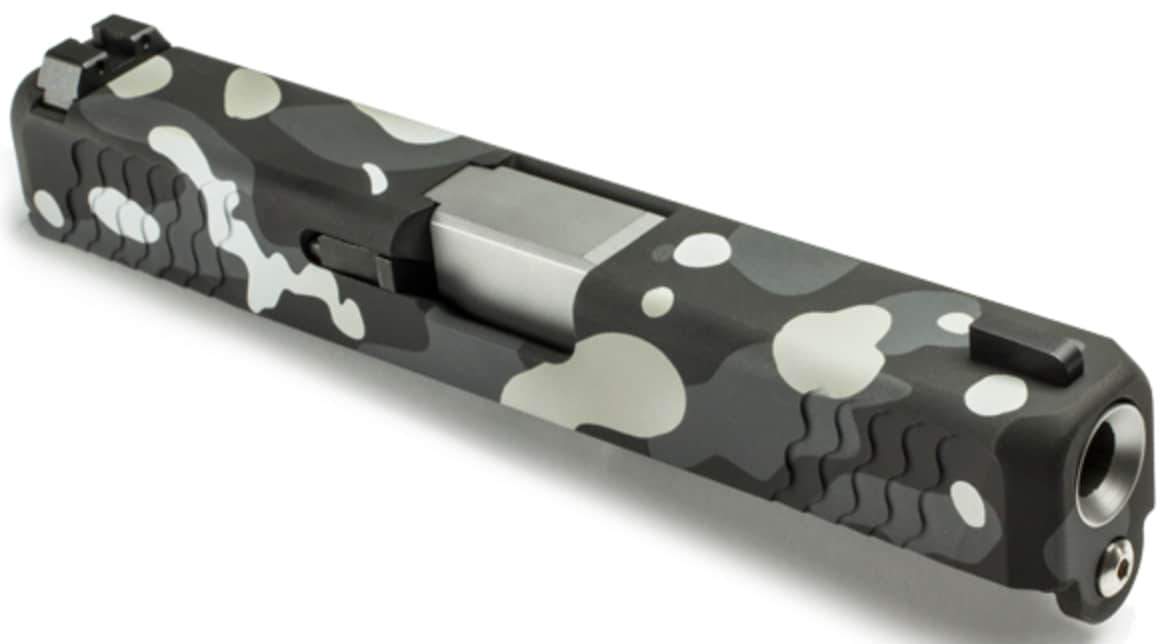