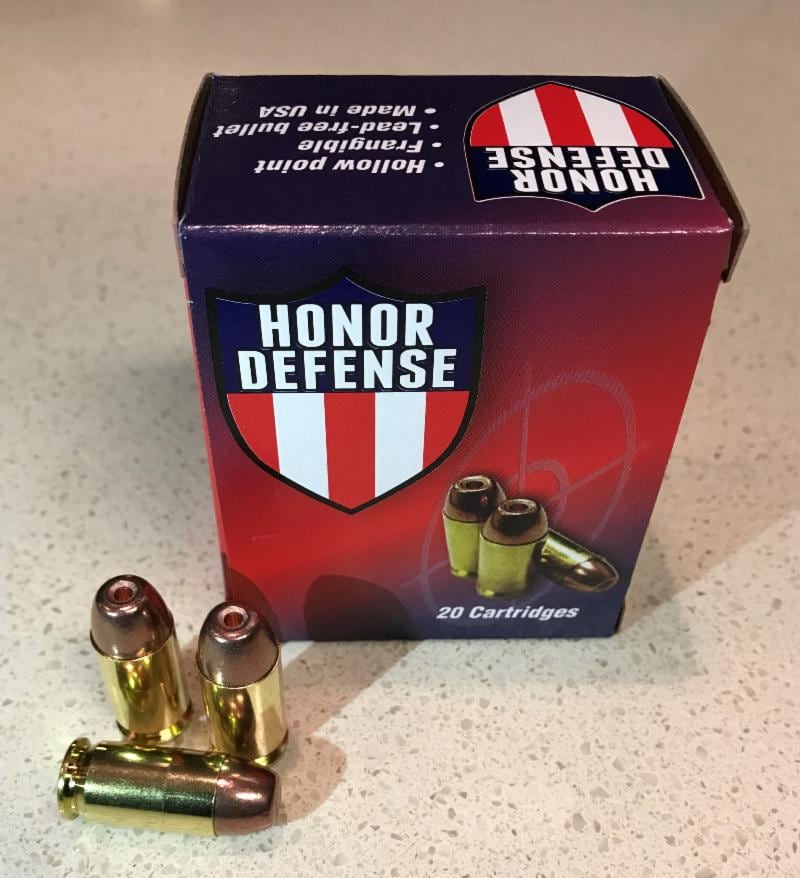 Honor Defense, better known for its flagship pistol the Honor Guard, is adding ammunition to its product lineup.

Designed for either steel plate training or used as self-defense ammunition, the rounds are available for .380 ACP, 9mm, 10mm, .40 cal. and .45 ACP. 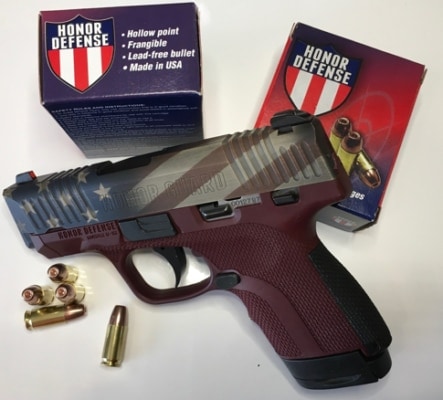 The ammo can pair with the company’s own Honor Guard pistol. (Photo: Honor Defense)

“Historically used by LE/government, this projectile will now be widely available for consumers,” Honor Defense said in a news release. “The result is an unmatched self-defense round for consumers. With maximum effectiveness to stop threats and reduced ricochet for bystanders, the new Honor Defense ammunition offers un-matched performance.”

The ammo passes FBI protocols for light and heavy clothing, wallboard, plywood and bare gel, according to Honor Defense. Serving up with a lead free design, the rounds offer virgin brass “perfect for reloaders.”

The Honor Defense self-defense ammunition will be available to retailers through Sports South with retail locations coming soon. No word yet on pricing.