Rick Dosch is an inactive Marine who has a permit to carry a concealed weapon. He promised his pastor that he would always be armed to protect the church and its congregation, so he carries his gun to church every Sunday. He is also not the only member of the flock that does this.

Dosch always sits in the back of the church –  but not so he can sleep as many would like to think. He sits in the back because the entrance doors are there and it’s a likely point of egress for anyone intent on doing harm.

Dosch believes that if you’re going to carry a weapon you should always train regularly. “I was trained to shoot in the Marines, but I still train daily using actual distances equivalent to the space between the doors and my sitting position,” he said. He feels that this is the only way to be really prepared for any instance that could occur in that location. 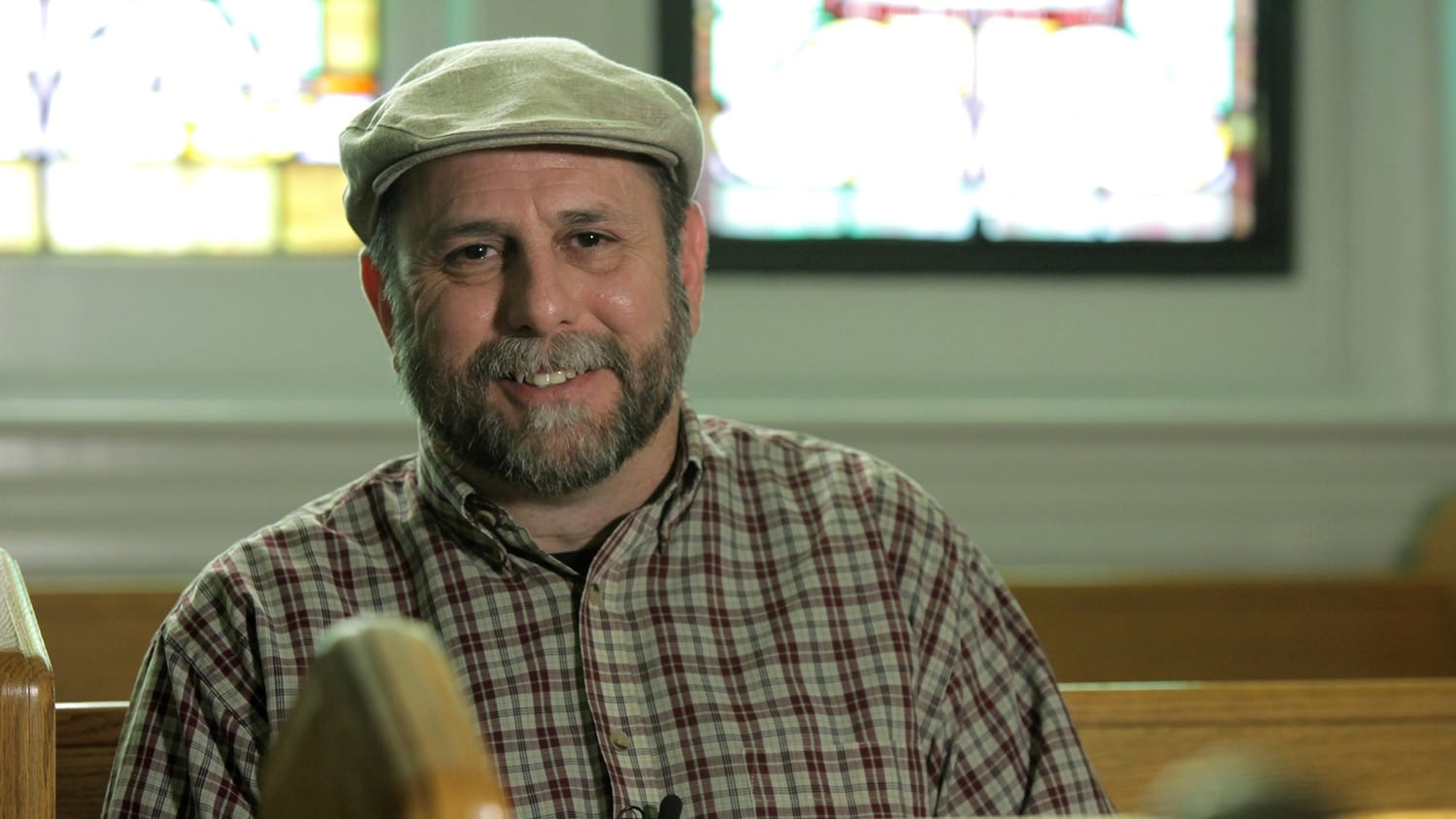 Dosch is an inactive Marine with a permit to carry a concealed weapon. He promised his pastor that he would always be armed to protect the church and its congregation, so he carries his gun to church every Sunday — and he’s not the only one. (Photo: Don Summers/Guns.com) 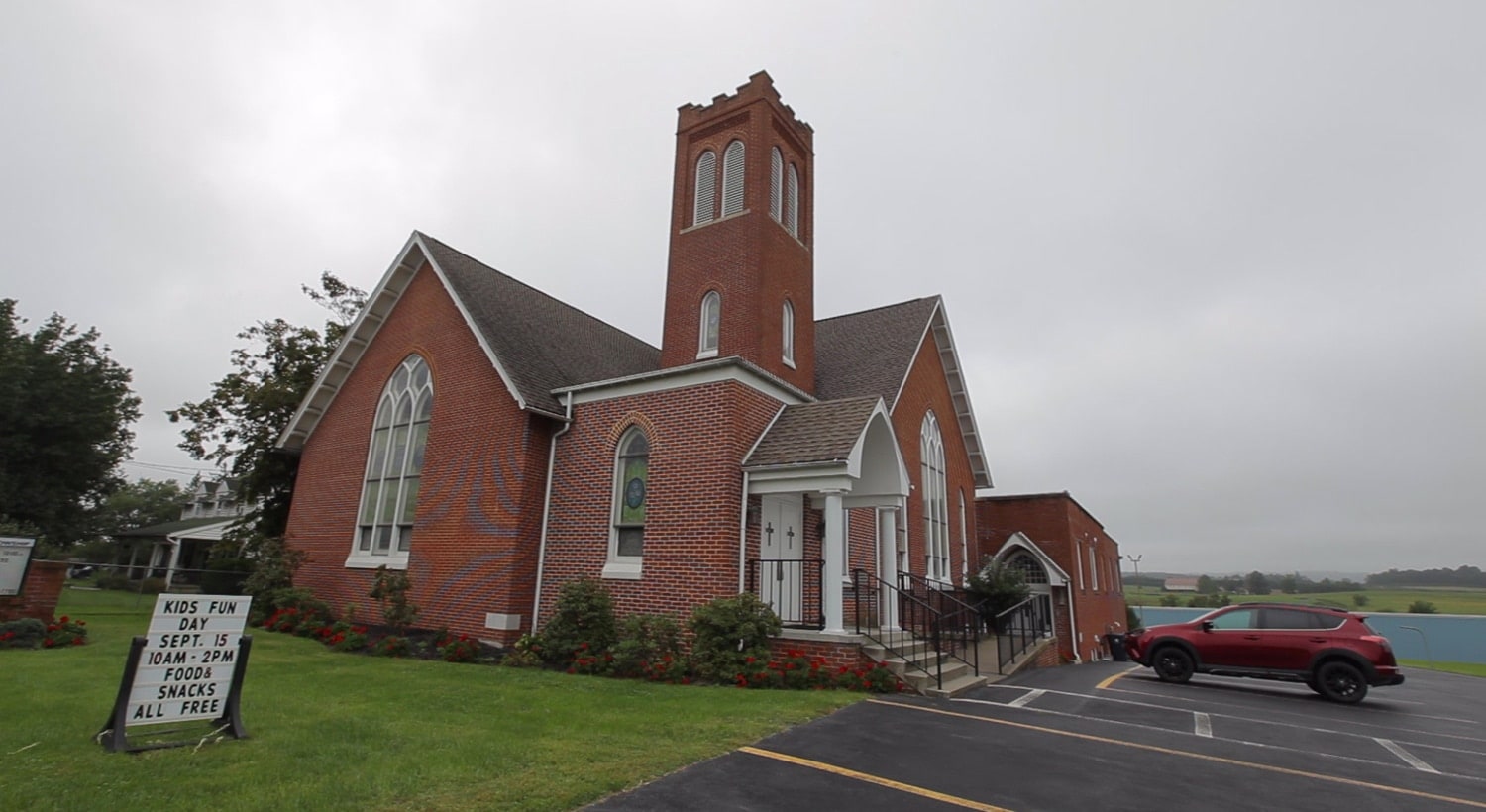 Dosch is quick to mention that society today is much different than from the past and he is not the only one with that realization. Dosch mentions his sister attends a church nearby and that parish maintains two armed guards and locked doors at all times. His church is in a rural area and it would take close to five minutes for police or first responders to arrive at the scene.

“In Maryland at the Gazette Newspaper office the police reached the shooting in sixty seconds yet there were four people already dead when they arrived,” he said. “We here feel that it’s best to be able to protect ourselves for a period of time … instead of being ‘minute men’ we’re ‘one to five-minute men’. That’s the average time that it takes for first responders to arrive and I’m here to fill in that time-gap.”

To be sitting in his church when someone comes through the door and only being able to watch the people he loves being shot is something Dosch could never imagine. “As horrible and hard as it would be to shoot a person, it would be even more horrible to watch that person shoot my family,” he said. “I just couldn’t stand by in good conscience knowing that I have the ability and the skills to stop something like this instead of just watching it happen.” 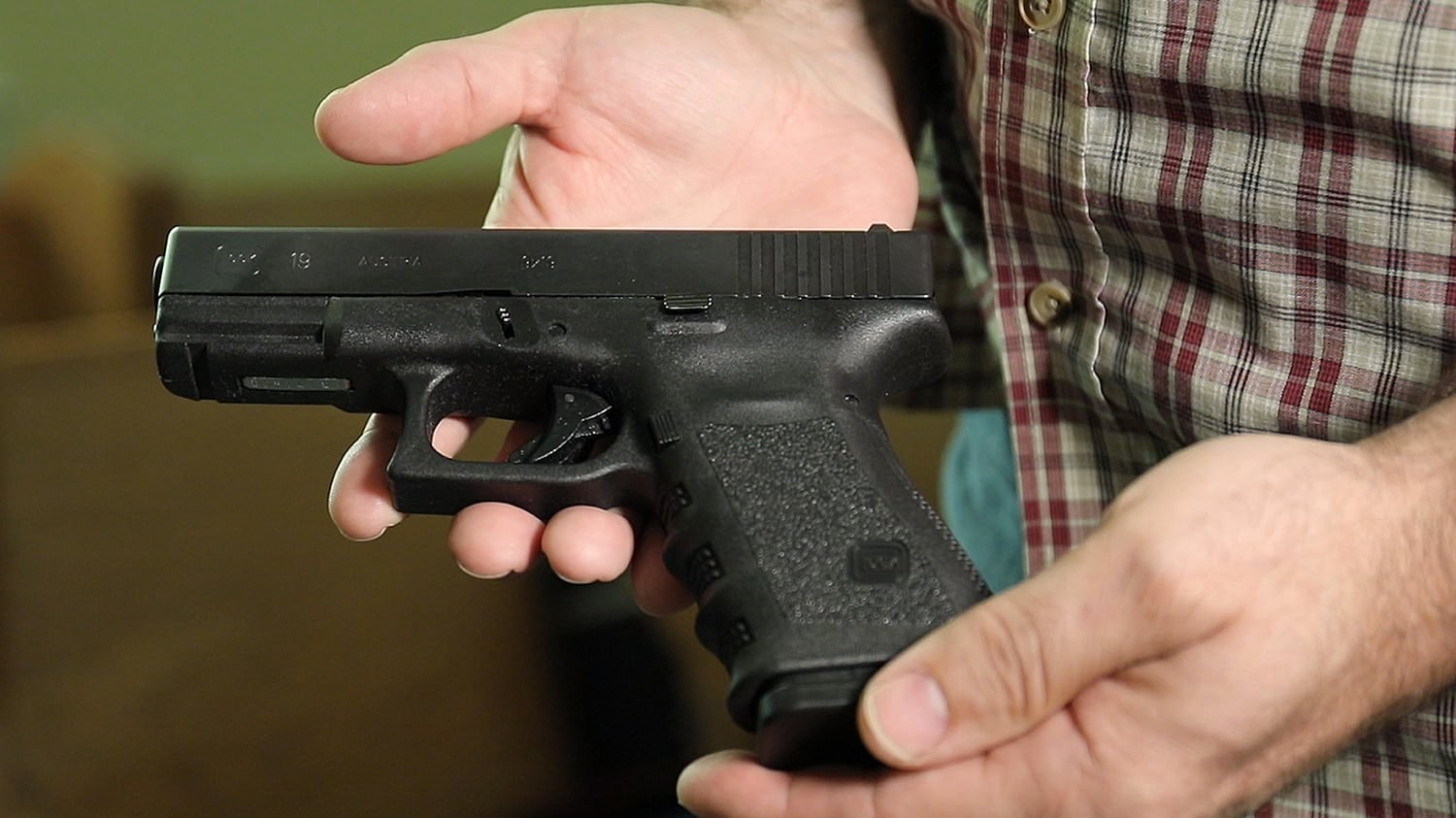 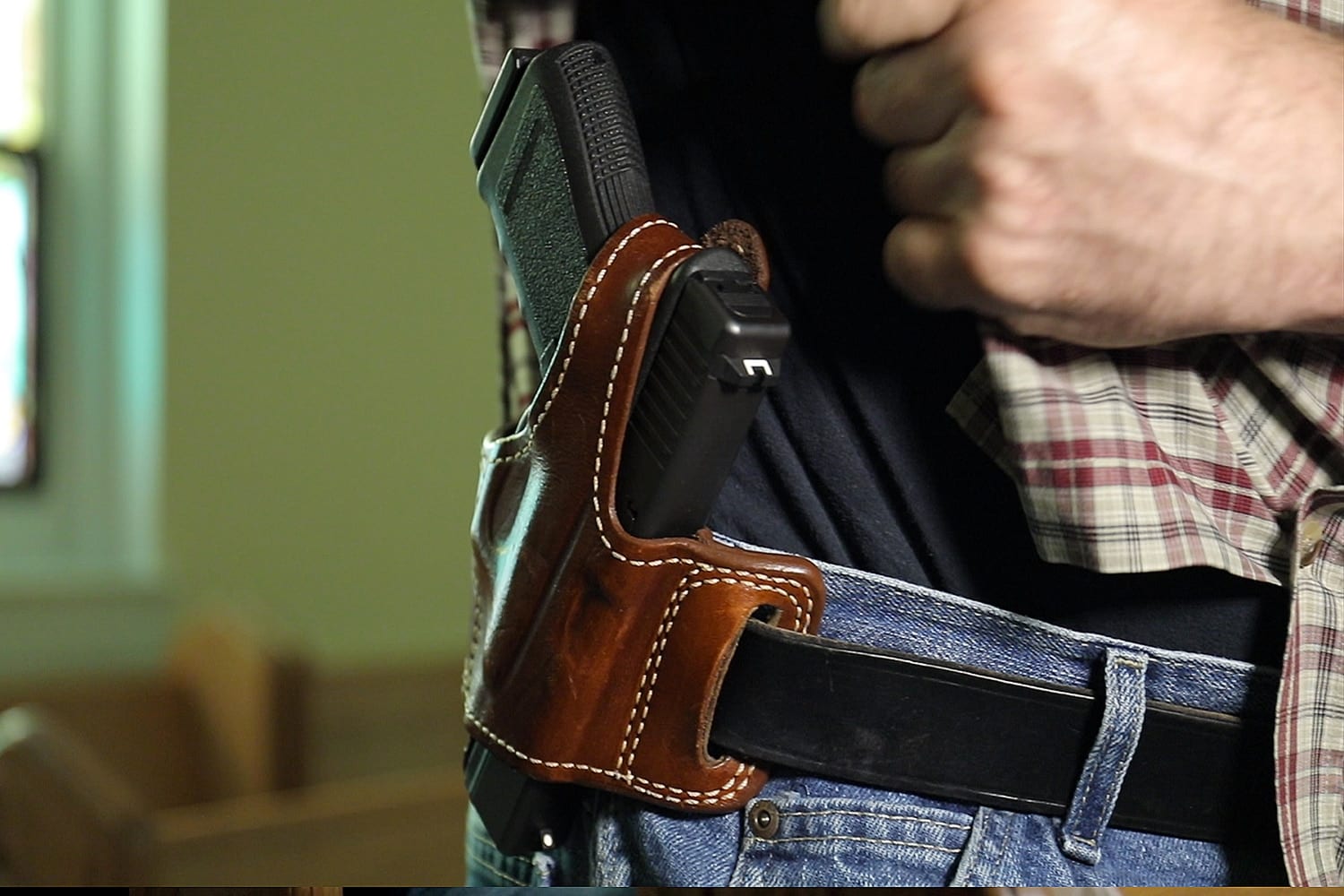 Dosch carries in a typical outside the waistband leather holster. (Photo: Don Summers/Guns.com)

The Glock 19 is the weapon Dosch prefers. “There are a lot of smaller and easier to conceal weapons out there, but I’m just not comfortable shooting them with real accuracy at any distance,” he said. This Glock is a larger weapon and Dosch carries extra magazines on his belt, so he can reload and be shooting again in just a few seconds.

“It’s not my intent to harm anyone,” he said. “It’s my intent to protect and to save people.” He is truly the guardian of this blessed flock.