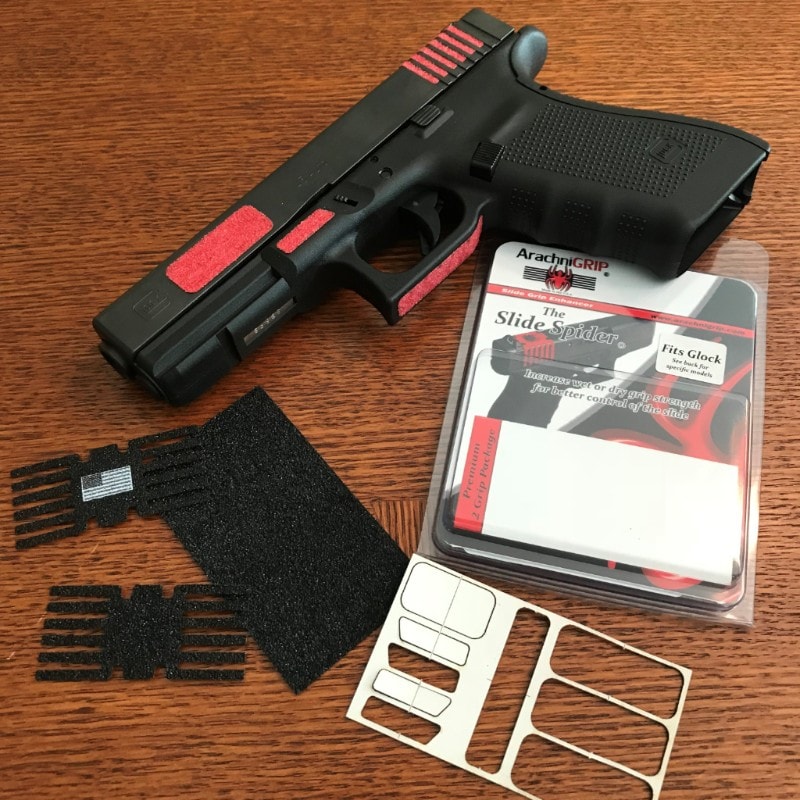 The Gunfighter Series includes the company’s original Slide Spider — a one-piece adhesive grip wrap applied to semi-auto pistol slides — as well as additional gripping surfaces. The added adhesives can be applied to the forward areas of the slide, frame flats seated forward of the ejection port in addition to the space under the trigger guard. 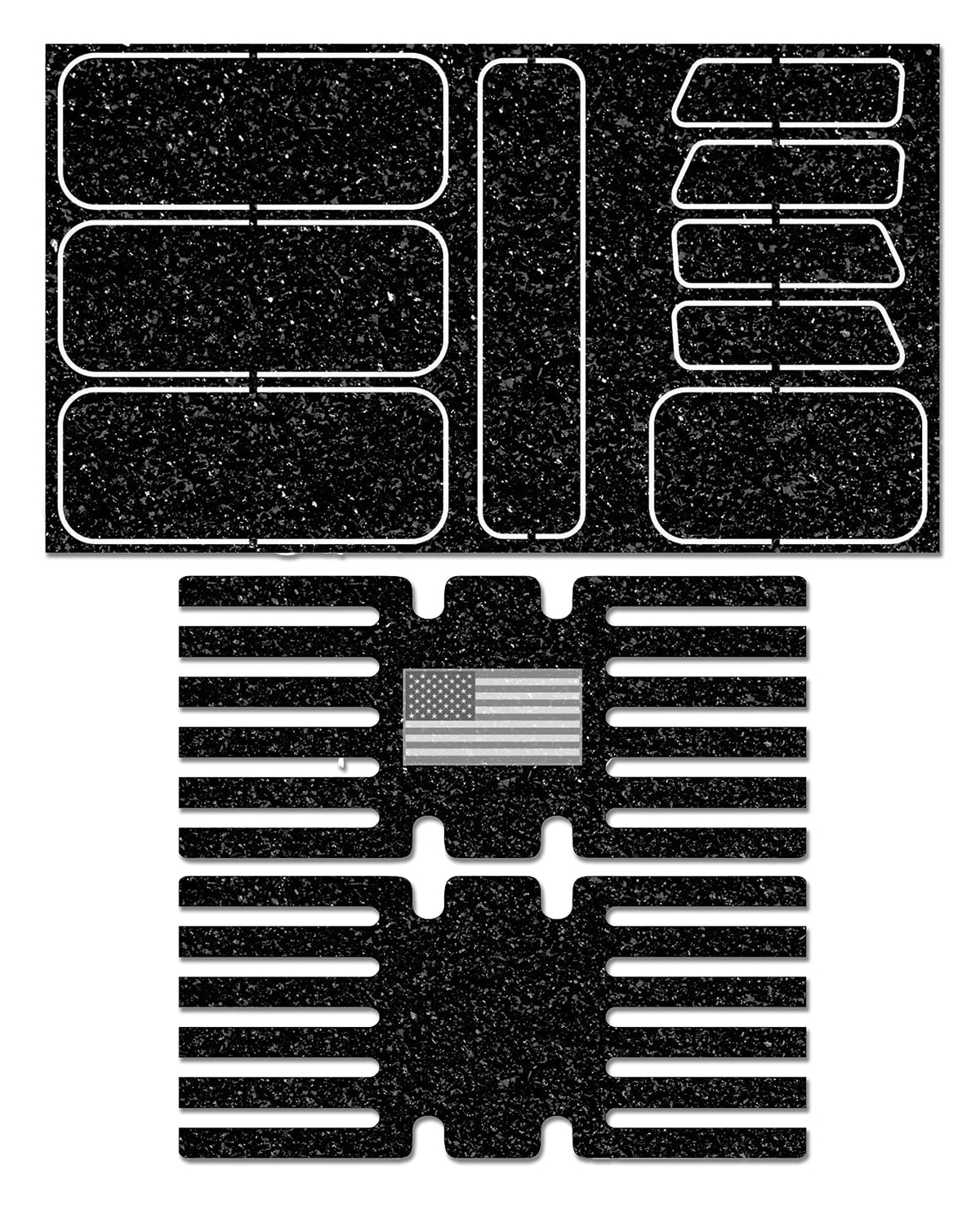 “The Gunfighter Series grip set was developed with feedback from tactical trainers, self-defense advocates, everyday carry folks and our faithful customers,” Robert Biedenbach of ArachniGrip said in a press release. ‘We are proud to offer the advantage of added firearm safety and control to our customers with the Gunfighter Series.”

The series offers either black grip material or red grip material. In addition to now boasting compatibility with full sized Glocks, the series also provides options for Smith & Wesson M&P and Shield fans. The GunFighter Series is available through ArachniGrip, priced at just under $30.