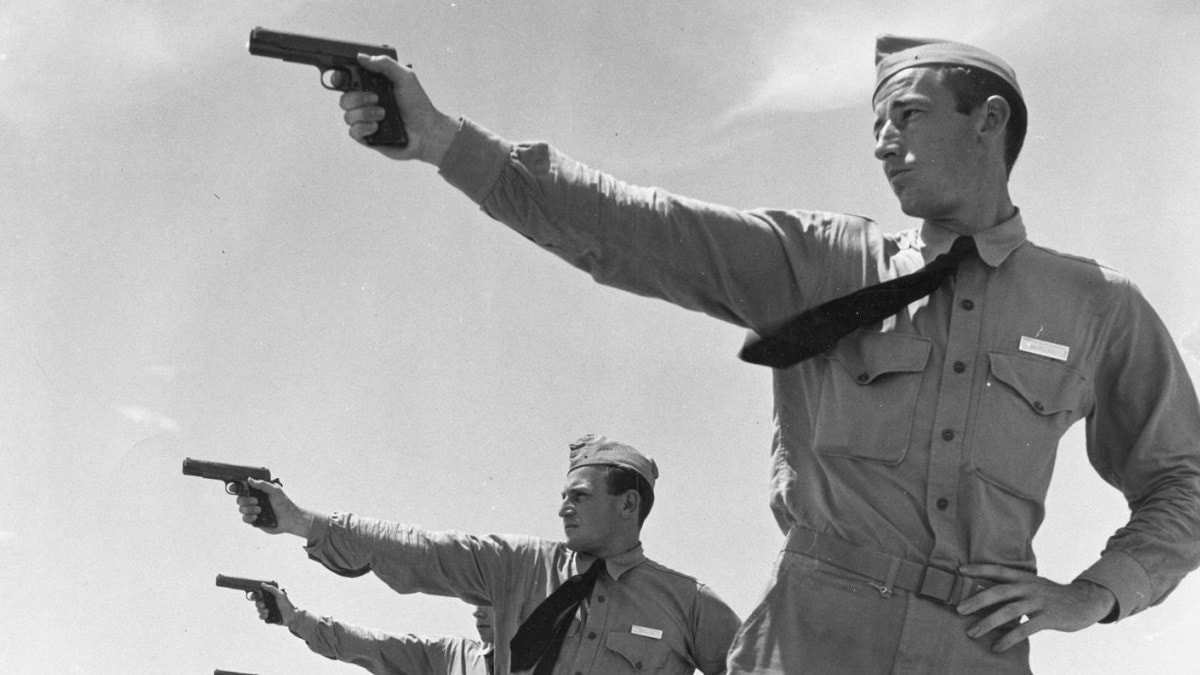 U.S. martial M1911s were in production until 1945 from companies as diverse as Remington-UMC, Singer, and US&S and some are filtering through the CMP. (Photo: National Archives)

The plan to transfer some of the Army’s stockpile of vintage M1911 pistols to the public via the Civilian Marksmanship Program has been met with a big response.

On Tuesday, the federally chartered non-profit corporation tasked with promoting firearms safety and practice announced that they had received and were processing 19,000 packets submitted for a chance to acquire one of the classic .45ACP handguns. That’s more than twice the number of guns in the CMP’s warehouse.

The 2018 National Defense Authorization Act approved by Congress outlined a two-year pilot program for moving some of the Army’s estimated 100,000 surplus GI longslides to the CMP. Limited to a maximum of 10,000 guns per year, just 8,000 were transferred to the organization last fall by the military from long-term storage at Anniston Army Depot. The solution to doll out 8,000 guns to 19,000 individuals looking to get one? A random number generator.

The CMP said that the numbers have been selected and they are assigning them to packets and are calling those lucky enough to have theirs picked, a time-consuming task they estimate will take as long as 60 days — the rest of the year.

“As we process orders, we will call customers as we work through the list,” said CMP in a bulletin. “Everyone will be notified if their order packet was not accepted so please be patient and bear with us.”

Applicants who get a call will be offered a choice from the grades that are available and will have five days to make payment if they choose a handgun. The guns will range from $850 rack grade to $950 field grade and $1,050 service grade, figures cited as market value. The guns are reportedly a mix between firearms transferred from the Army’s museum system and Defense Logistics Agency arsenal storage weapons that were rebuilt in the late 1970s and early 1980s.

Very rare or unusual specimens will be sold through an online auction process rather than the order system. “Currently, we do not have a date when we will begin auction sales. Once that is determined, we will update our customers,” CMP said.

It is not known how many — if any — M1911s will be transferred by the Army to the CMP next year, although the program by law allows for 10,000. Congress would have to authorize an extension of the pilot program in the FY2020 NDAA to continue the transfers past then, a prospect which will likely need the approval of a Democrat-controlled House to proceed.

In the meantime, the CMP is flush with some 99,000 surplus M1 Garands recently repatriated from use by overseas allies in the Philippines and Turkey, with prices on those .30-06 battle rifles starting at $650 for field grade “luck of the draw” Springfield and H&R-made variants.