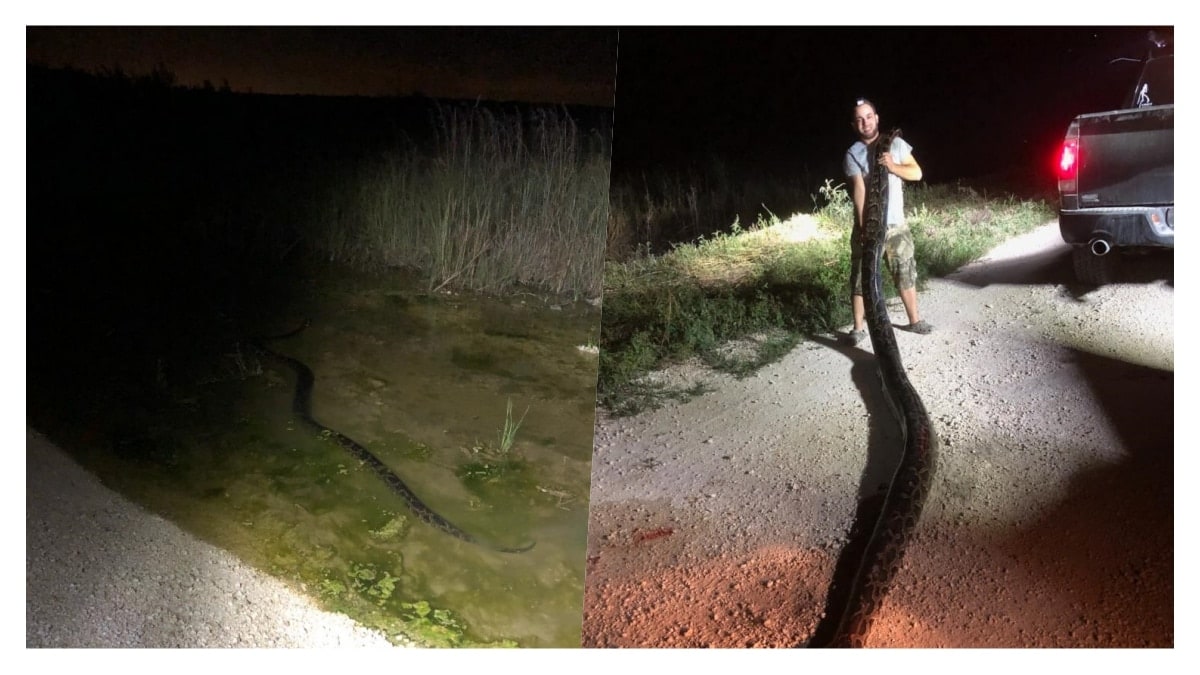 A sportsman participating in a hunt organized by a South Florida water district on invasive Burmese pythons bagged the largest ever on the district’s land.

As announced Wednesday by the South Florida Water Management District, hunter Kyle Penniston, of Homestead, brought in a 120-pound female this week that went 17.5-feet in length. The snake, while the largest caught thus far as part of SFWMD’s program to eradicate the creatures, is the third bagged that has gone over the 17-foot mark.

The water district launched the python program last March, structured to pay hunters both for their time spent on the job ($8.25 per hour, up to eight hours per day) as well as a bonus for each of the huge snakes bagged. The bounty forks over $50 for each python brought in under four feet in length with an extra $25 tacked on for every additional foot, meaning this week’s huge serpent could be worth $375. A nest with eggs is worth $200.

Hunters can go on to use the snakes’ skin but the animal’s meat cannot be safely eaten due to high levels of mercury.

Penniston has accounted for 235 snakes on his own since the hunt began, against the District’s cumulative total of 1,859 animals removed, an average of about three per day. The snakes, if combined, would stretch more than two miles.

“Just six months after eliminating the first 1,000 pythons from District lands, this program is about to double that total because of a true team effort,” said SFWMD scientist Mike Kirkland, project manager for the Python Elimination Program. “With the Governing Board’s unwavering support, District staff and a dedicated group of hunters are working to help control this invasive species and protect native wildlife.”

According to a recent University of Florida study, pythons have decimated the wildlife indigenous to the state and have accounted for at least 77 percent of the wild rabbit deaths, robbing native predators such as the endangered Florida panther, birds of prey, alligators, and bobcats of their food source. This figure can be even higher in regions with lots of invasive snakes.