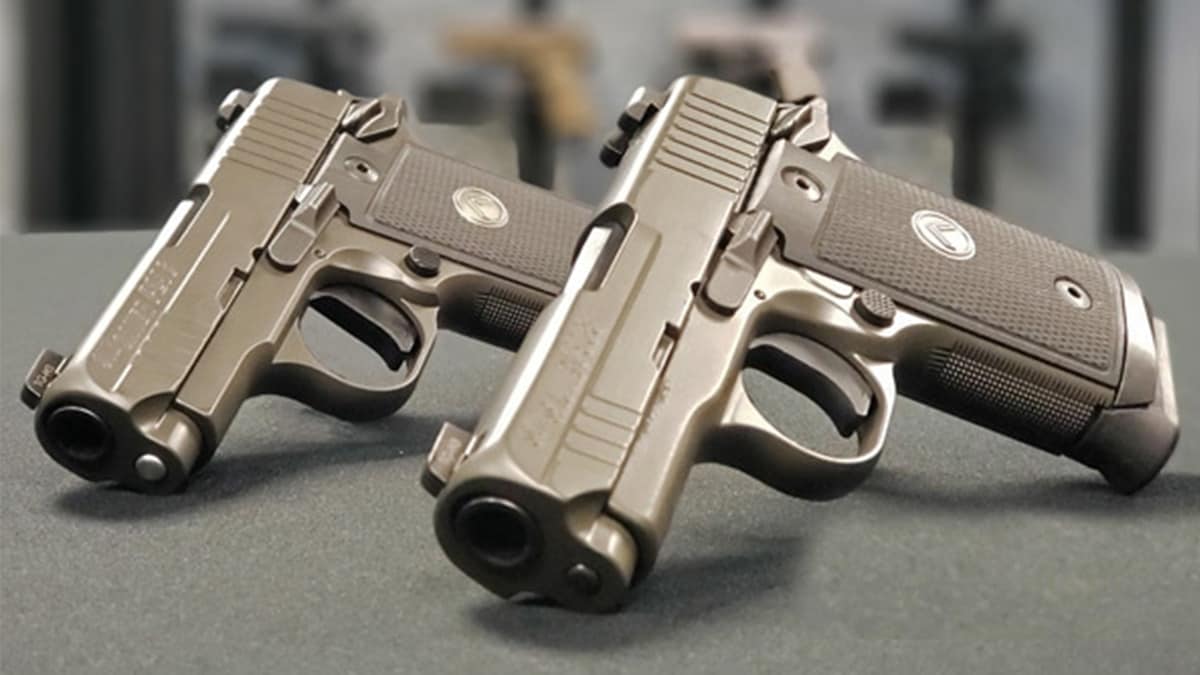 Designed for what Sig says are “elite shooting professionals,” the Legion Series features hammer fired pistols chambered in 9mm and sporting X-RAY3 Day/Night Sights. Equipped with an all-metal design, the P938 and P238 offer a Legion-gray coated slide and frame.

The pistols are decked out with custom high-checkered black G10 grips accented with a Legion medallion. The P938 and P238 utilize a contoured elite beavertail, allowing for a higher grip, as well an aluminum trigger. 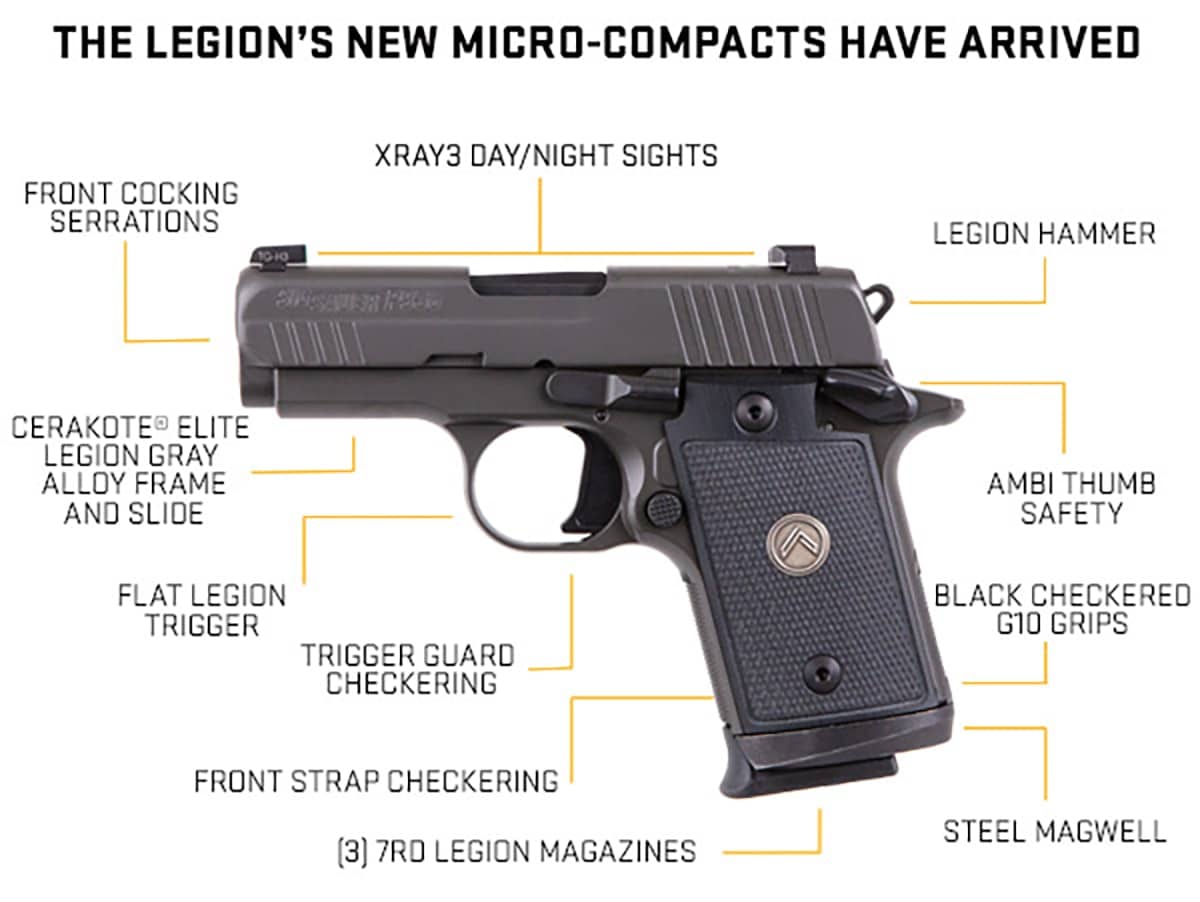 “The introduction of these two micro-compact pistols to the Legion Series was driven by our Legion members whom have been asking us to expand this product line,” Tom Taylor, Chief Marketing Officer and Executive Vice President, Commercial Sales, Sig Sauer, said in a press release. “With the addition of the Legion series P938 and P238 pistols, not only have we have expanded our Legion series of pistols, we have also introduced an entirely new category of pistols to Legion with the micro-compact.” 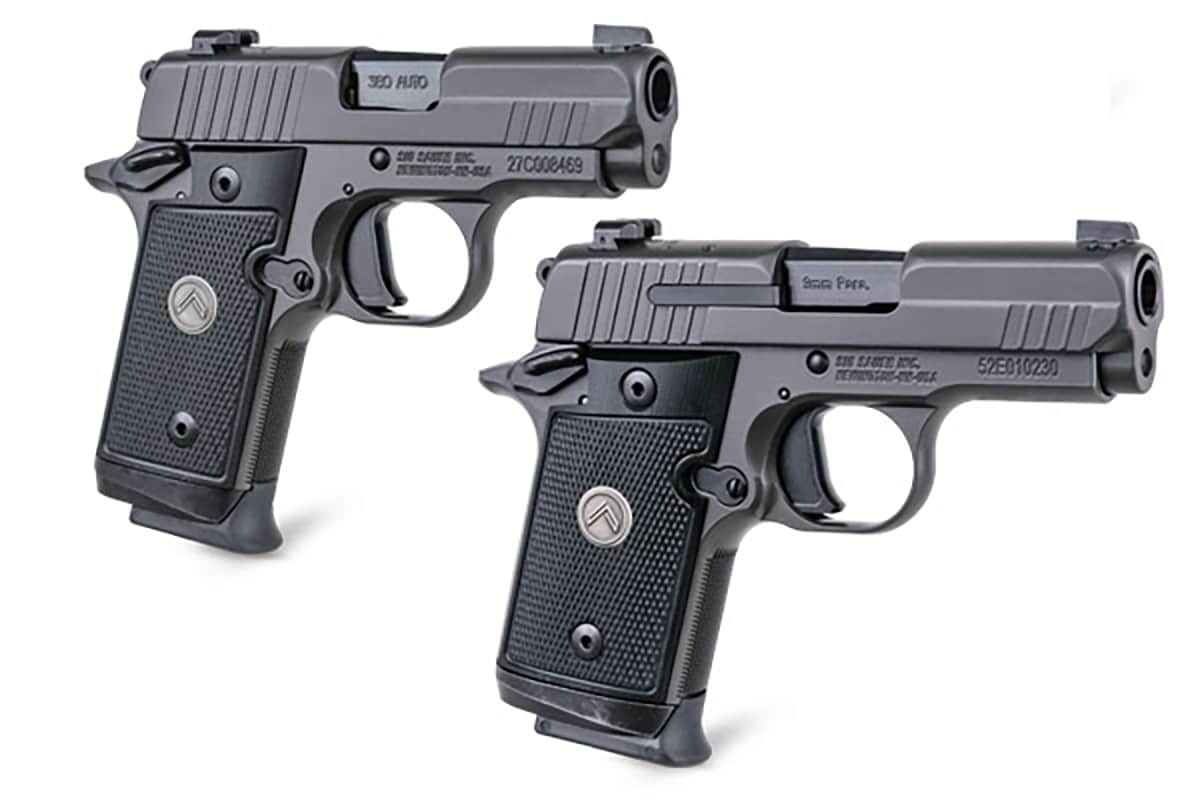 The pistols are both hammer-fired designs with G10 grips and Legion medallion. (Photo: Sig Sauer)