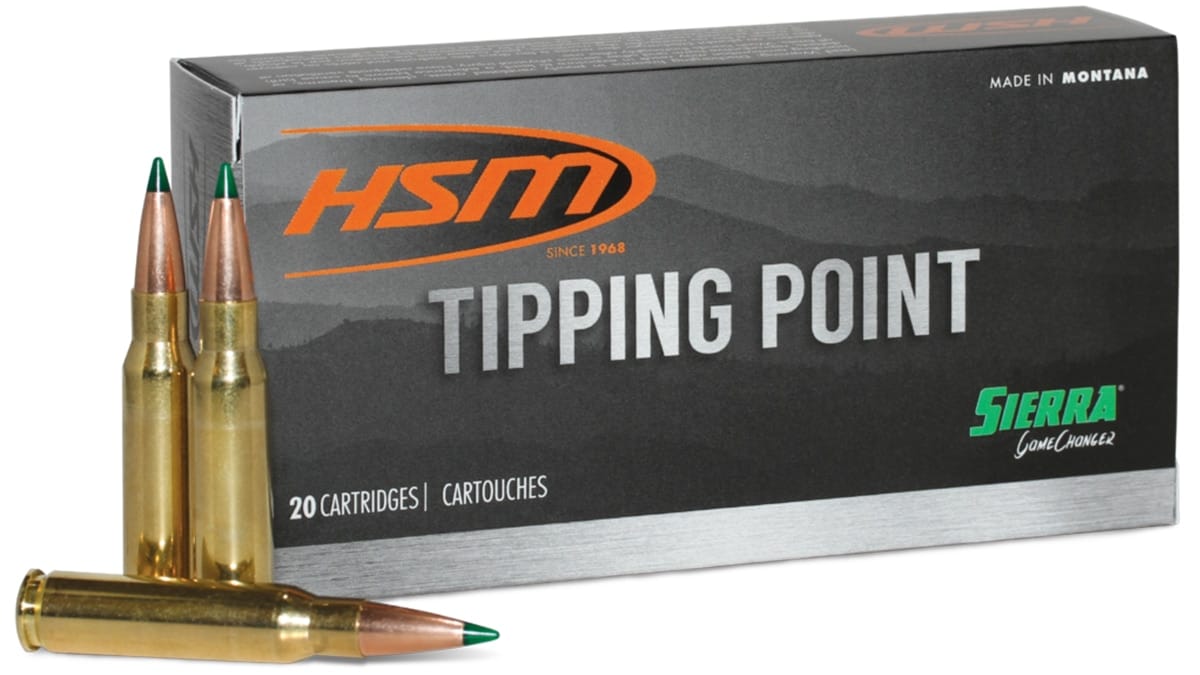 Tipping Point ammunition by HSM Ammunition looks to offer hunters elevated performance in the field with a range of calibers. (Photo: HSM)

“HSM Ammunition out of Stevensville, MT is proud to introduce a new line of extraordinary hunting cartridges that changes the paradigm of what to expect from a factory round. That describes HSM’s new Tipping Point to a T,” HSM said in a press release. “Match grade accuracy combined with a payoff of extreme terminal results.”

The Tipping Point hunting ammunition series is available through online retailers as well as select brick-and-mortar stores. The ammo ships 20 rounds to a box. No word yet on pricing.