Standing watch with the old M16A1 on Russia's doorsteps (VIDEO)

In a country that has a recent history of being absorbed by its larger neighbor to the East, the old school M16A1 remains on tap. In the above short video from NATO, the Godasardzes, or Latvian Honor Guard, is profiled.

The company-size unit is tasked with mounting the ceremonial guard at the country’s Freedom Monument and Riga Castle, the historic 14th Century fortification that serves as the official residence of the President of Latvia. Wearing a uniform that is a throwback to 1935, the guard carries M16A1s, and there is a reason for that.

Formed in 1919 after the country broke away from the ruins of the Imperial Russian Empire, the Latvian Army at first was supplied by Russia’s former Western allies, Britain and France with the latter providing a quantity of surplus Pattern 1914 Enfield rifles and Lewis guns. The new country later traded these for new Czech-made Brno vz. 24 Mausers in the 1930s which Latvia used until they were occupied by the Soviets in 1940.

Once they broke up with Moscow again, Latvia, like neighboring Baltic republics Estonia and Lithuania, was given military aid in the form of Swedish Ak 4s (Swedish-made Heckler & Koch G3A3s) and shipments of both surplus M14s and M16A1s from the U.S. in the early 1990s.

These days, the standard infantry rifle of the Latvian military is the HK G36K, but the Latvians have held on to a lot of the other ordnance, just in case, and continues to use it.

The Godasardzes today use M16A1s supplied as surplus back in the 1990s (Photos: Latvian military) 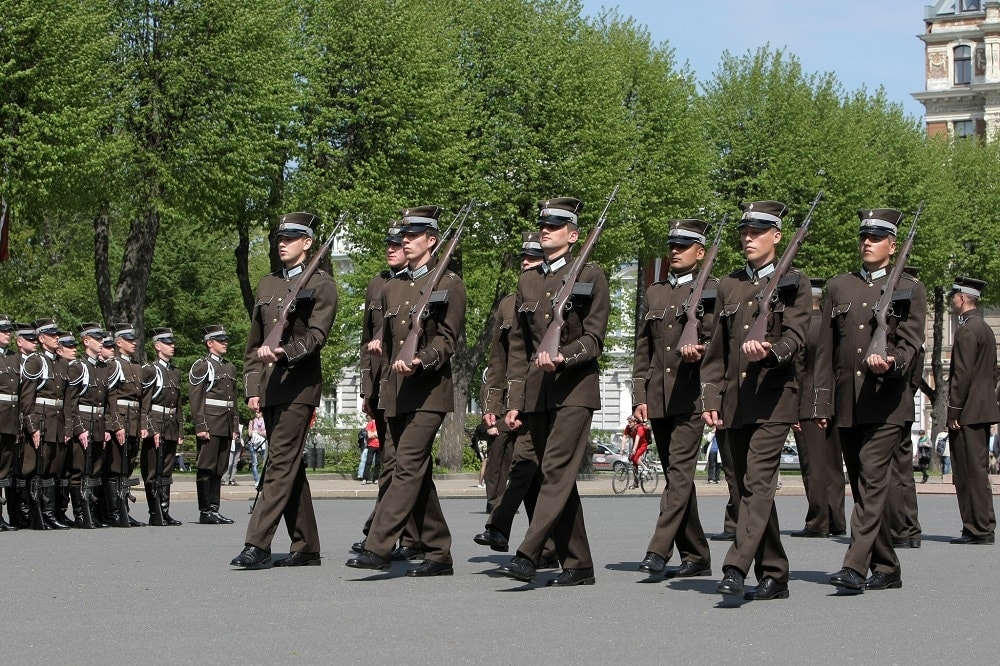 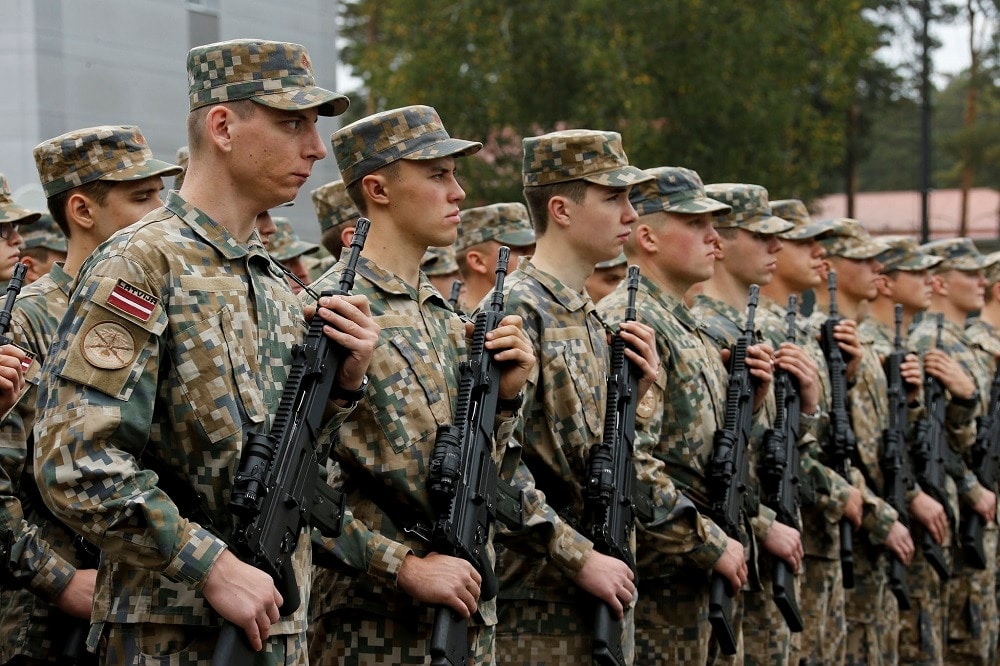 Organized as light infantry, their mission is to slow any incursion from enemies unstated until NATO could send reinforcements

The Latvian National Guard, which number over 8,000, are armed with Swedish Ak 4s… 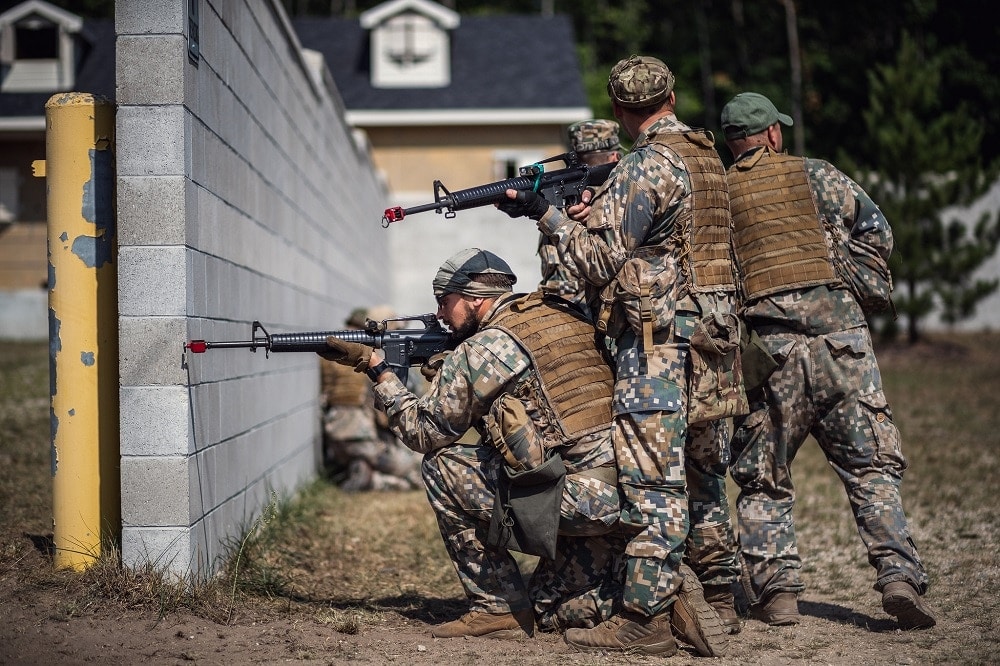